Don't look at the name!

Guess who the player and/or team are from your first glance.

But you can't really see the team logos.

Do you have an idea?

I'm spacing this out so hopefully the bottom of the card didn't catch your eye on accident.

Have a look at the bottom of the card. 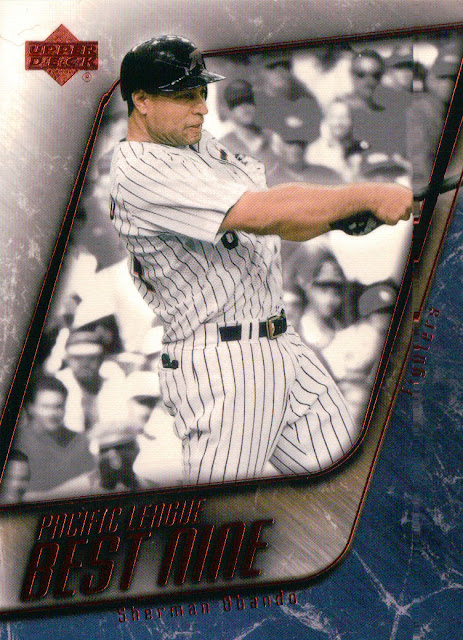 Upper Deck had some great MLB sets over the years, and I have or am trying to collect many of them. But they produced a few mainstream sets over two years here in Japan, and I'm still trying to finish the insert sets for them.