From time to time, cards and/or sets don't properly get added to my lists. As accurate as I try to be, my type collection is missing plenty of listings, I'm sure, and I know my inventory isn't always accurate.

One set that isn't quite right is BBM's 2000 O-N box set. The set was originally sold for 30,000 yen, which is about $300. Each set came with a 54-card set, and actually, there were two versions. You can read about the two versions, and NPBCardGuy's adventures with the set, here. 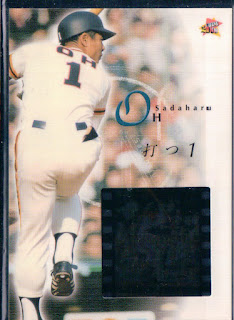 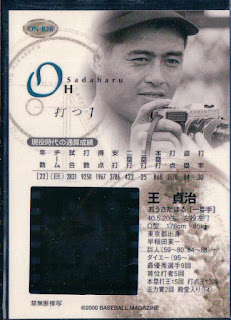 This is #ON-B26. It comes from the Basic set. This card was sent to me by NPBCardGuy, and it's my first and only card from the set. I now need to chase down a regular base card of the basic and limited versions of the set... or just get the whole set. However I might do that.