I mentioned a couple days ago that I love Topps (High) Tek. While I haven't focused on building the recent insert sets, I have continued working on my pattern variation sets. In fact, I have all of the pattern variations except for 1998, and all of the insert sets from 1998-2000 except for 2000's Tektonics. Plus. 2017 Bowman High Tek is in the books, though I haven't gone after 2018 yet.

In reality, chasing High Tek insert sets will be quite costly and/or frustrating. They all seem to be serial-numbered to 99 copies or less (usually 50 copies each), going all the way back to the 2014 reincarnation of Topps Tek. So I'll just stick with the pattern variations for High Tek, and struggle with that Tektonics set.

Between the card show and a trip to the Mint Kanda card shop, I was able to grab all eight patterns for 2018 Topps High Tek pretty easily. So here they are. AL on the left, NL on the right. These aren't named "officially' by Beckett or Cardboard Connection, where names for these things usually show up. So I'm making up my own. 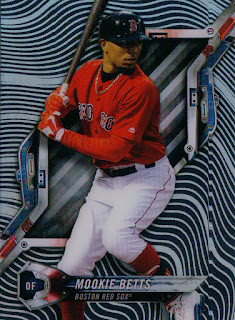 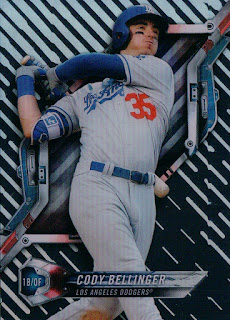 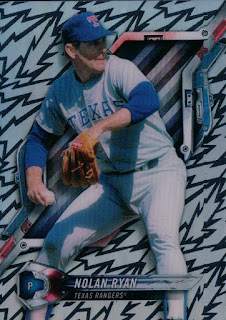 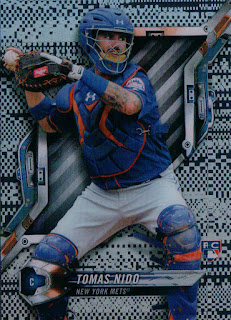 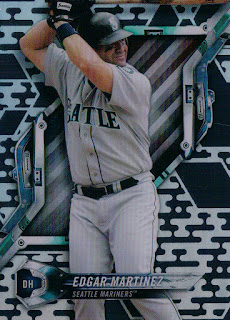 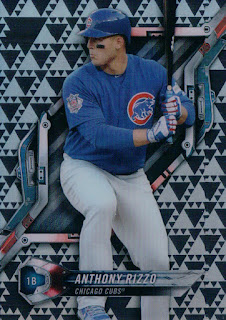 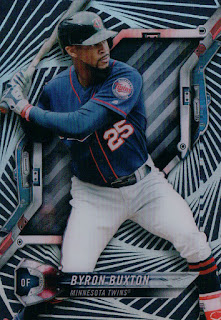 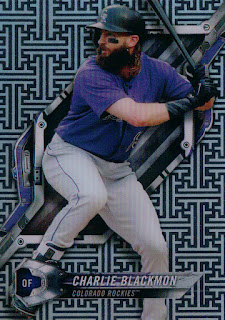 And that brings this set to a close. My favorite pattern is probably Mookie Betts' Sandstone. I like the curvy lines.