This is intended to be a permanent page, updated when new information is found or when cards are identified. These are all cards which I'm considering "modern" though that distinction is pretty vague. Some 1980s cards might be here, but they could also be on the "other" unknown page.

Cards on this page are standard size unless noted. 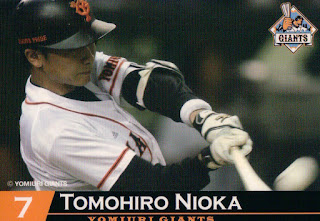 This sticker has a blank yellow back. Tomohiro Nioka played for the Giants 1999-2008. Unfortunately, I don't have any other information that would help identify which year this is from. 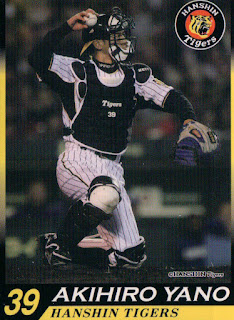 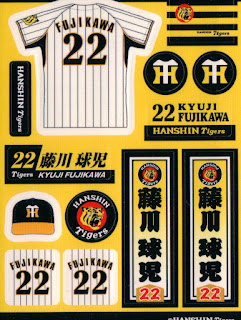 These are two different stickers. The Tigers have sold (used to sell?) sticker packs for several years; I picked one up from the Tigers team store in Tokyo several years ago. Akihiro Yano played for the Tigers 1998-2010; Kyuuji Fujikawa was with the team 1999-2012, but didn't wear jersey #22 until the 2005 season. The jersey Yano is wearing is probably the version worn from 2007. 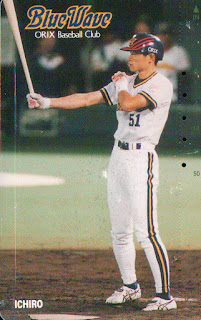 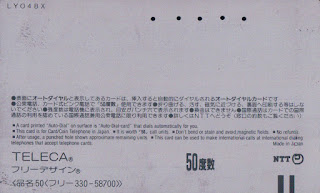 This telephone card measures 3-3/8" x 2-1/8". The front features Ichiro when he was with the BlueWave; the back contains standard phone card legalese in both Japanese and English. It had an original value of 50 units, whatever that means. The five punched holes probably mean that all 50 units were used. BlueWave apparently never changed their uniform design (only patches on the right sleeve, not visible in this photo) the entire time Ichiro played for them, and the phone card offers no clue as to which year(s) it was produced.

The above four cards are probably team-issued, though the katakana on the back shows they might have been sponsored by Nagasaki-ya, which had sold baseball themed candy in the 1960s; the company disappeared after 2000. Kazuhiro Kiyohara played for the Lions 1985-1996. 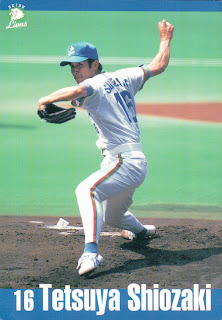 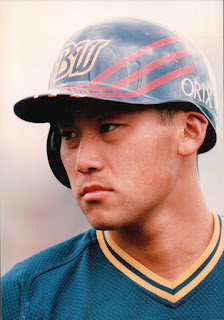 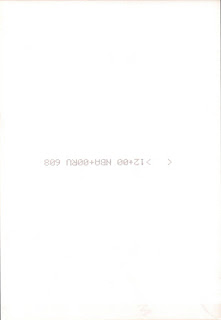 This "card" is essentially a standard photo (3-1/2"x5") bromide on photo paper. These generally translate into English as "life photos" and are commonly found for pop music group members, though they have been issued in some baseball card sets, too. I doubt this is from a BBM set, however. All I can tell you is that it's an Orix BlueWave player during the 1990s. 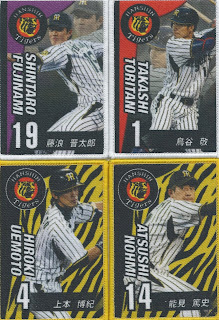 These four cards are more like patches, using fabric printed with a card image and border stitching. Backs are grey plastic or PVC-like material. Based on the fact that Fujinami's rookie season was 2013, and Uemoto stopped wearing #4 after 2016, it's safe to say that this set came out sometime in that four-year span.
at 10:00 AM