A post by Sean over at Getting Back into Baseball Cards ... in Japan reminded me that I had some sightseeing cards from Kyoto that I picked up somewhere in the past decade or so. Those cards are modern, with photos of various sights found around the historic city. Being modern photos, the images show parts of places, instead of wider shots - instead of a photo of the entire temple, there's a close-up of a paper lantern. Instead of a view of Gion's tea houses, you see a maiko girl walking down a side street. There are some wide shots, but mostly the shots go beyond the iconic images and look to add a little character.

That's all well and good, but sometimes you just want to look at buildings. And this color set of small cards does just that. There really are no close-ups. I don't know when this set came out, as there are no dates to be found anywhere, but I would guess the 1950s or 1960s. All 32 cards in this set have text on the back describing the location, which I'm not going to be bothered to translate. Instead, I'll give you some basic information on each site. 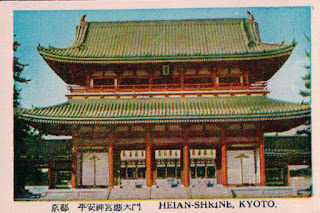 Heian Shrine is known for its giant torii gate (not the Sanmon Gate I think you see above); the temple was founded in 1895. The buildings partially replicate the original Heian-era Imperial Palace. There is a very nice garden in the back. 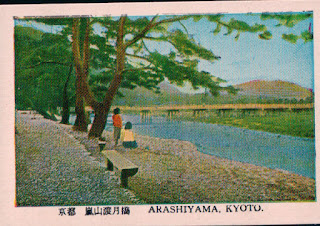 Arashiyama is located on the outskirts of Kyoto, and the area can be a full day trip all on its own. This view is of the Togetsukyo Bridge, a long bridge across the wide river, which now has a lot of shops, restaurants and other tourist attractions. The area is now home to dozens of cherry trees which are popular in the spring. Other attractions in this area include some walking paths, historic houses and temples, and a monkey park. 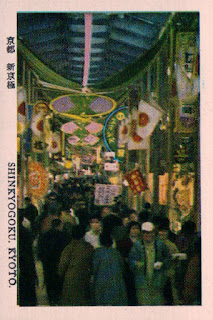 Every city in Japan has a shopping street, and Kyoto is no different. Shinkyogoku is a 500-meter long shopping street which came to be in the 1870s. Some historic temples remain in the area, and historic shops include those that sell knives and folding fans. 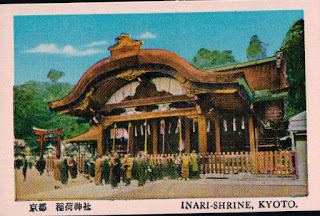 Now called Fushimi Inari Shrine, this shrine has existed since the 8th century. Now the shrine's grounds are known more for the thousands of gates that can be found in the hills behind the shrine; a short visit can give a brief glimpse of the gates but the area is a great place for a longer hike as well. 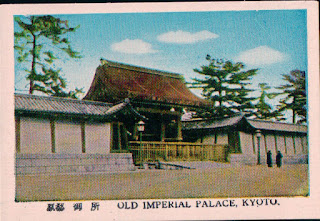 Visiting the Old Imperial Palace used to require reservations and a guided tour, but these days the grounds can be visited free of charge and without an appointment. Unfortunately, none of the buildings can be seen on the inside. The current structures were rebuilt in 1855, and were used for enthronement ceremonies into the 1920s. 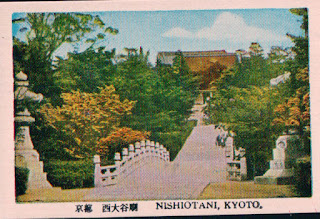 Nishiotani is now known as Otani Hombyo, a temple on the path to Kiyomizu-dera. It's not as popular as other temples in the area, so it remains less crowded; it's mostly known for the stone bridge you see in the photo above, and for a very large cemetery. 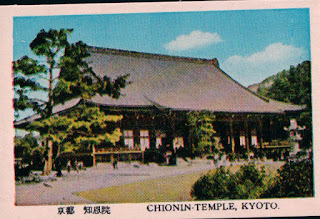 Chion-in is the head temple of the Jodo sect of Japanese Buddhism, and is a massive complex with massive buildings. The buildings are very standard for temples, but there are two nice gardens on the grounds, and it is a historically important location. 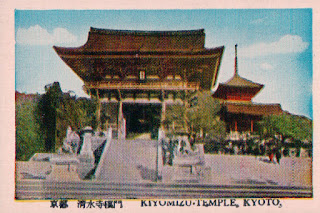 Kiyomizu-dera is one of the three most famous temples in Kyoto, alongside Kinkakuji and Ginkakuji. The view here is from the front, which is finally visible after several years of renovations. There is more to this temple than what you see here, but I'll get to that a little later. 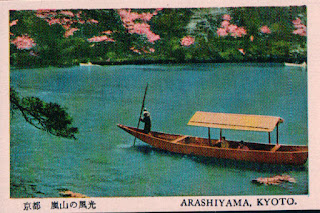 Here we return to Arashiyama; in addition to the bridge and its surrounding tourist attractions, one of the most popular things to do is take a boat cruise down the river. This is most commonly accessed by taking a train up the river; a nice sightseeing train with a historic locomotive is the method of choice. Boat trips aren't cheap, though - about 4000 yen ($40) per person last time I checked. 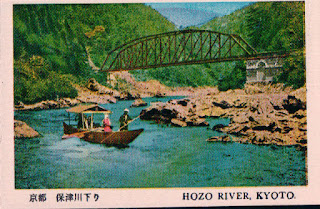 The proper spelling should be Hozu - Hozugawa (Hozu River) is the name of the river which runs through the mountains. Above, you can see the train tracks crossing the river; the track follows the river from Arashiyama Station up to the boat docks. The boats here appear to be small and with just a few passengers, but the boats now being used are much larger, and as such much less romantic. 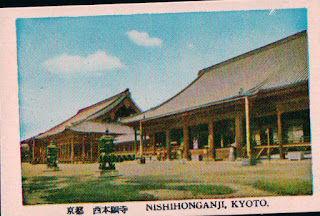 The head temple of the Honganji sect of Buddhism was built in 1591; Nishi Honganji is also known for its surviving historic architecture, and is one of many UNESCO world heritage sites in Kyoto. 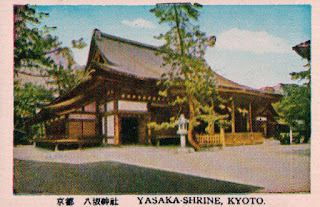 One of the most famous shrines in Kyoto, Yasaka Jinja was founded in the 7th century, and is most known for the very popular Gion Matsuri festival, held in July. 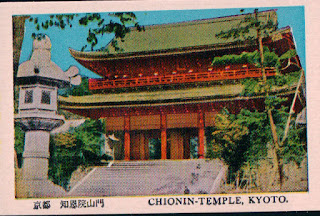 We return to Chion-in, this time for a view of the massive gate at the front. These cards are presented in the order they were found in the pack; someone else might have shuffled them in the past, or they could have been distributed mixed as they are. 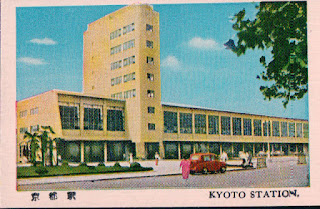 Nearly everyone who visits Kyoto goes through Kyoto Station. The current building was completed in 1997, and is known for its design and as a tourist destination in its own right. The first station here opened in 1877, with a newer, larger station replacing it in 1914. It burned to the ground in 1950 and was replaced with the building you see above in 1952. 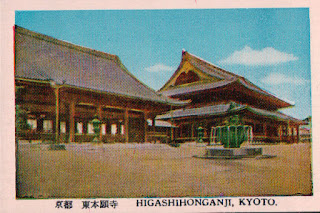 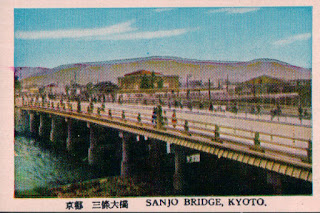 The starting or ending point for a trip on both the Nakasendo and Tokaido routes, Sanjo Ohashi has crossed the Kamo River since at least the 16th century. The current bridge, seen above, was built in the 1950s, and these days is more important for its history than its design.

We'll call it a day for now, but this post is only halfway done! I'll finish presenting the cards tomorrow.