Every year, BBM issues a set showing the rookie class in typical studio shots. The newly-drafted players put on their jerseys, take a couple photos in front of a blank wall, and end up on a trading card in February. 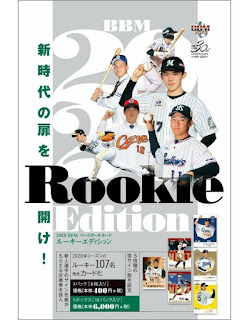 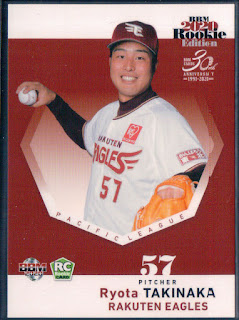 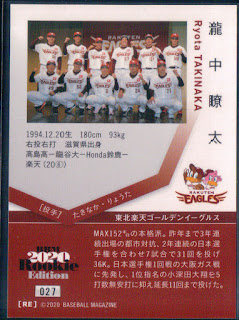 The base cards this year use octagonal backgrounds. The backs have photos showing all of the draftees for each team and a write-up about the player's career before being drafted.

There are several partial parallels in this year's set. If not noted below, the parallels essentially cover each team's top five to seven picks. 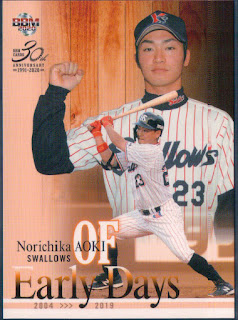 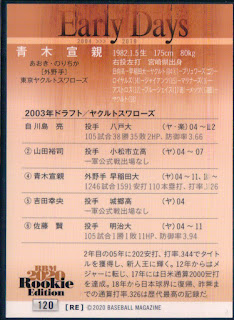 The 12-card Early Days subset features a veteran from each team, pictured when their career was just beginning. The back shows their team's draft class when they were picked; Aoki here was the Swallows fourth draft pick in 2003. 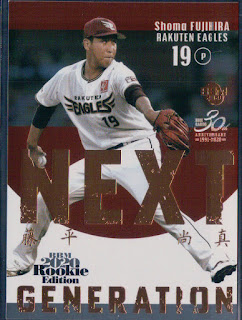 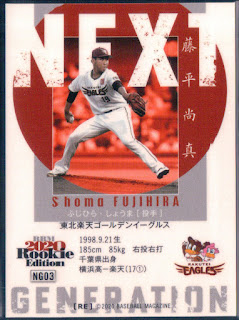 The Next Generation insert set has one younger player from each team. That's twelve cards. 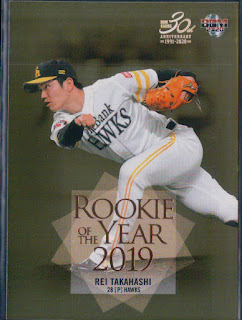 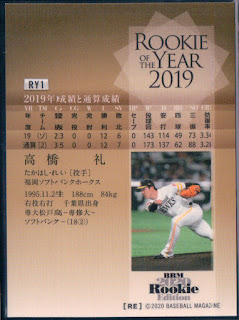 And as customary, the previous year's Rookie of the Year winners get their own gold foilboard insert.

There are several autograph sets to be found in this year's release.


BBM didn't release any promo images from the autograph sets, and I don't have any in my collection at the time of this writing. 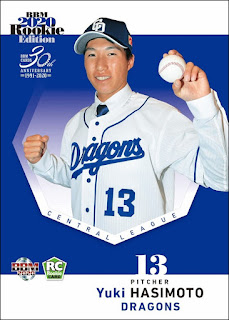 You made it this far. Here's an image of one of the players who threw his jersey on over his high school uniform. I'm guessing it's his high school uniform. Or perhaps, in Yuki's case, his college uniform (yes, for some schools, that is a thing). I can't imagine him, or any of these players, owning many white shirts and neckties. Perhaps he bought it just for the draft event.
at 10:00 AM