It Doesn't Get Odder Than This: Trade with NPB Card Guy

NPB Card Guy knows foreign leagues. And if you didn't guess by his name, Japanese professional baseball is his passion. At some point he dabbled in all of the foreign league's issues as well as other independent leagues/teams.

He's been clearing out some of his unwanted cards, and I feel very lucky to be able to help him get rid of them! In the past, he's sent me AAGPBL and Colorado Silver Bullets cards, plenty of awesome singles for my player collections, and of course great Japanese cards for my type collection. And he's sent me so many that it's pretty much impossible to show them all... though I've scanned them all and hopefully will eventually put together a series of posts to share them all with you!

His latest box to head my way was full of oddball leagues. Once you go below NPB baseball, things get pretty sandlot-y in my experience - I've been to Korean and CPBL games and they feel like AA-level at best... though I will say KBO has some very nice stadiums.

The least-odd cards in his package were from Australia. He had some old team sets and the "full" sets issued back in the 1990s.

You know these cards are from the 1990s when you see a mullet like that!

Next, let's head to Taiwan. The first cards issued there were actually on credit card-style plastic. I guess you don't need to worry so much about the corners when the cards are VISA-approved?

In the later 1990s, there were a few CPBL sets issued with lots of subsets and/or inserts, very reminiscent of Fleer Ultra. Just check out the logo on that card in the middle. Actually, I'd love to have full sets of those just for the designs!

In recent years, cards have been issued by the league itself, and the designs are awesome! I really like the postage stamp one in the middle and the retroish banner card on the right. 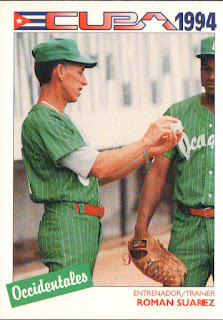 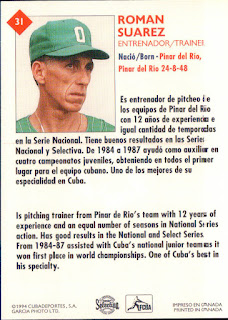 I haven't even begun to think about Central America leagues. But I am now a proud owner of the 1994 Cuba set! 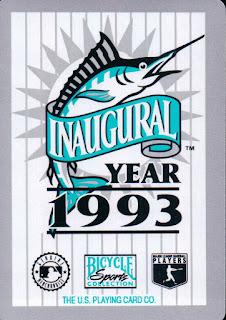 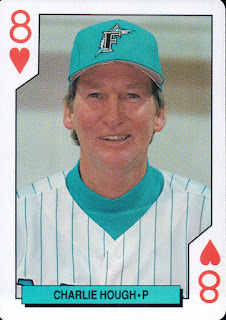 It's not all non-MLB, though. A full set of Marlins playing cards was in there, including two cards of Charlie Hough (one of the players I collect). I am keeping the set intact, but I scanned them for later. 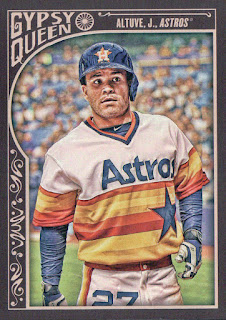 In any other trade post, this Gypsy Queen card of Jose Altuve would be as run-of-the-mill as cards come. But after all of those international and oddball cards, this stands out as the real oddball in the bunch! And Altuve heads into my player collection box.

NPB Card Guy and I trade pretty often... though I feel like I get the better end of the wishbone when the thing snaps. I appreciate the cards as always!
at 3:00 AM