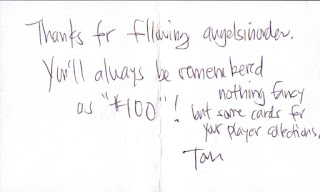 Tom was quite courteous to send a nice selection of player collection singles for being the 100th follower of his blog (Angels in Order, of course). Maybe I shouldn't post trade notes, since they create redundancy in my text. 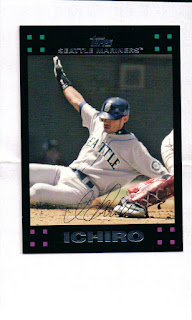 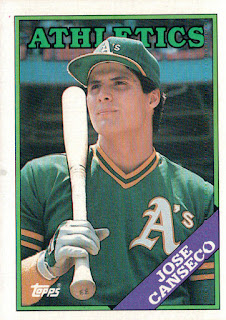 It's not a mini Ichiro. I just have cropping issues when it comes to black borders. Mini 2007 Topps cards... would that be a good thing? 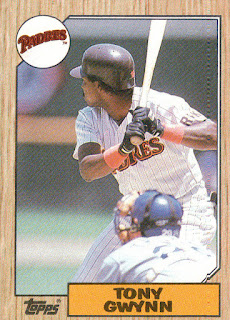 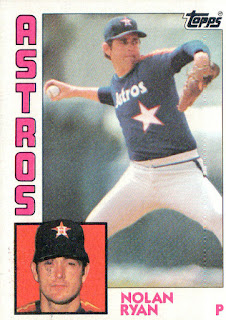 If the Gwynn looks familiar that's because I accidentally got it in two packages. This is what happens when you don't open your mail for three and a half years, folks. Gwynn and Ryan have been my two favorite players since I was a kid. 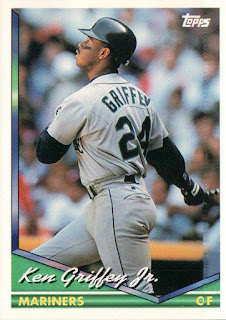 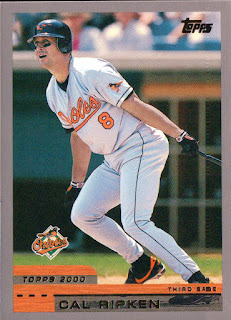 Speaking of kid, The Kid was another favorite of mine in the 1990s. But then, who could hate a fun-loving superstar with a golden smile? Griffey was definitely the Mickey Mantle or Babe Ruth of my generation, and it would be hard to argue otherwise. 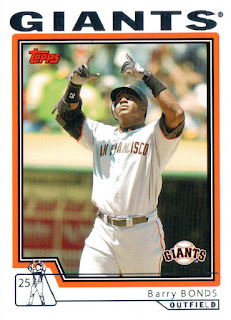 It's nice of Topps to give Barry Bonds his own special logo to match his pose on this card.

As with yesterday's post, this is quite belated, and I don't even know when this package actually arrived! But flipping through a stack of my favorite players is a great way to spend an afternoon. Thanks a ton, Tom!
at 3:00 AM