Star Wars merchandise is getting hot again as interest drums up for the inevitable seventh episode. Mr. Vader and the rebels (what a cool band name that would be) made an appearance at Sapporo's Snow Festival this year, and can be found on a float at this summer's Nebuta Matsuri festival in Aomori. 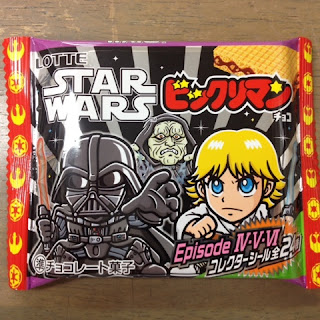 There are 24 stickers in all to collect, and I want all 24. But for now, just one. Each pack costs about $1 and comes with one sticker and a wafer candy. 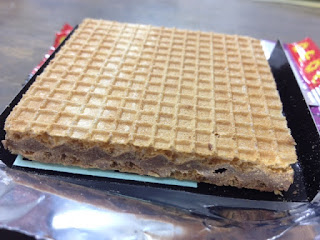 Here's my candy wafer. See the sticker underneath? 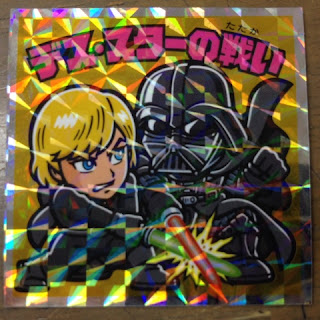 Here's my sticker! I pulled the last one in the series, featuring the battle between Luke and Darth Vader. 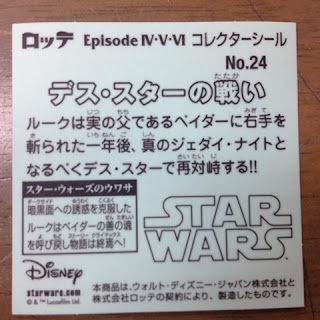 The backs are blue (my iPhone camera assumed it was just poor lighting) and are numbered near the top right. I'm assuming there will be a second series for the prequels, and probably a third and more for the remaining films and any new characters they bring.

I'm not sure how long these will be available, but I do want to get a full set for my collection!
at 3:00 AM