Once again Tony Gwynn has made the rounds in Tokyo, visiting two popular tourist areas in two weekends in a row! 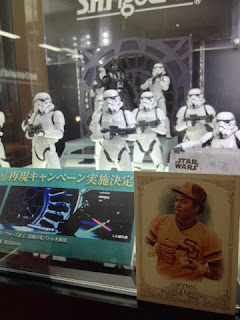 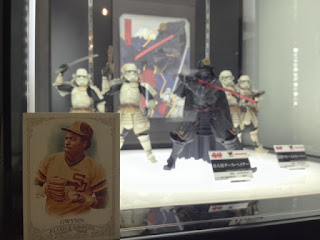 I went down to Akihabara on Monday (part of my shifted weekend) where I saw some new Star Wars figurines. S.H. Figuarts is a premium figurine brand by Tamashii Nations. You can think of them as the McFarlanes of Japanese anime figures. They're not limited to just anime, of course; I've seen Nintendo characters like Mario and a set for the insanely popular Frozen movie. Tony just had to get in the shot with these nice figures on display. 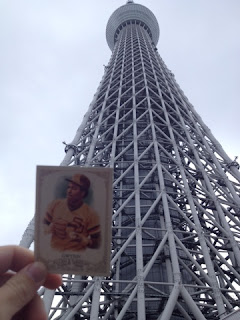 A couple weekends ago I took a field trip to Tokyo SkyTree. It's been visible from afar as long as I've been in Japan, and I've traveled under it on trains, even changing trains in the station on the way to Haneda Airport. But this was my first time doing anything at the tower. The weather wasn't very nice - it rained off and on all day - so we didn't go up to the observatory floors. Instead, we walked around the mall, had lunch, and just killed time. Tony came out to play a few times, including for this shot of the tower. 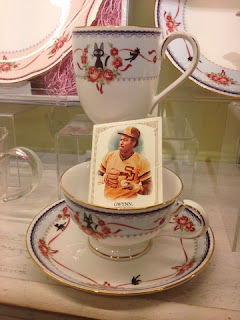 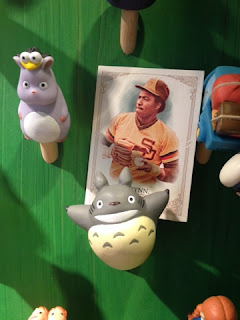 Studio Ghibli is certainly the most popular animation studio in Japan, and I enjoy the movies. I've seen only a few, but My Neighbor Totoro and Kiki's Delivery Service remain my favorites. 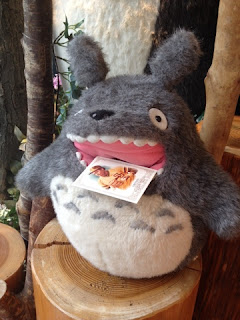 Ghibli merchandise can be found all over Japan, and the "best" place to shop would be the Ghibli Museum. But getting tickets to the museum is difficult and it's out of the way, so for those just looking for some souvenirs, there's a really nice shop at Tokyo SkyTree. 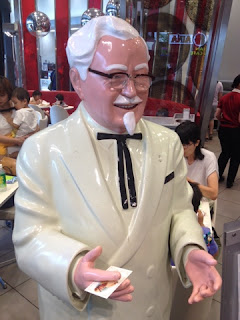 Not all KFCs have them, but if you're in a touristy area, chances are the nearest KFC franchise will have a statue of the Colonel at the entrance. These are dressed up for special holidays, but there aren't any really stand-out events in June so he was seen in his usual outfit. But he was kind enough to hold Tony for me while I snapped a photo.
There's a card show this weekend so if I go Tony might get into some photos with other cards. Or not, who knows.