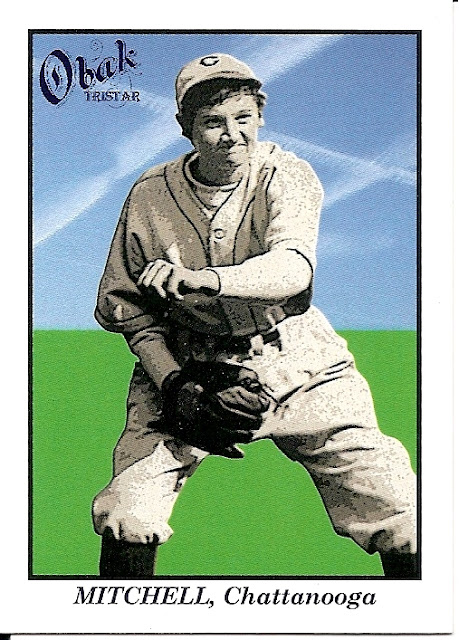 I found this card at the show last weekend, and had to have it. It's from 2009 Obak, and features Jackie Mitchell.

Mitchell grew up around baseball, being tutored by her father and later Dazzy Vance (yes, Hall of Famer Dazzy Vance). In 1931, she played for a woman's team and went to a special baseball school (do they still have those) as a teenager, where she was offered a contract to play with the Chattanooga Lookouts (AA level). 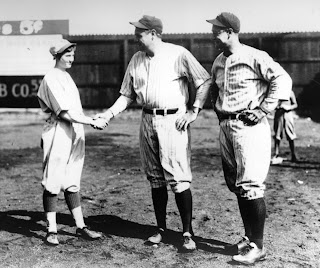 The Yankees came to town a few days later, and Jackie was brought in to face Babe Ruth, striking him out on four pitches. Gehrig was next, and she struck him out on three straight. After walking Tony Lazzari, she was taken out of the game.

Commissioner Landis voided her contract and essentially banned women from playing soon after, saying the game was too tough for women. Women were officially barred from the Major Leagues in 1952, until the 1992 draft of Carey Schueler.

She joined up with a barnstorming team for a while before becoming an optometrist, though she'd play a few more games here and there. She refused to play in the AAGPBL.
at 3:00 PM