You've seen these all before, right? 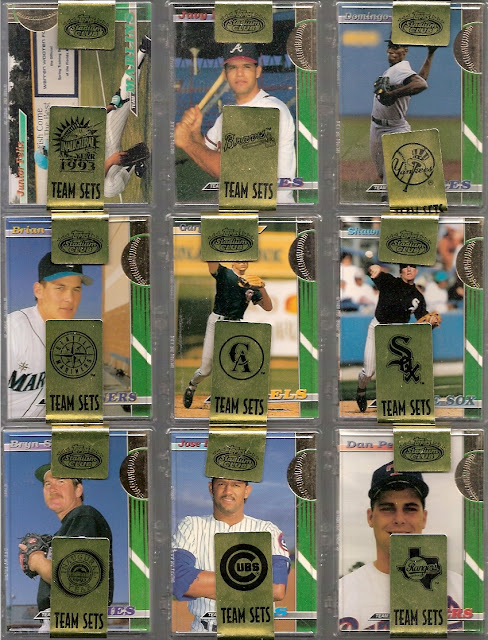 Topps decided for some reason to issue team sets in 1993, with a design that's completely different from the regular issue. Each team set was issued separately, in cardboard boxes, blister packs for retail, and plastic cases (seen here) for hobby stores. Of course, being 1993, the sets were fairly overproduces, and can be had for a dollar each or less. Not having my lists with me, I grabbed one of every team available at a sketchy East Bay card shop and after scanning them left them somewhere - that somewhere eludes me at this time. But I believe I needed all nine teams!