Okay, back to cards.

I picked two packs of 2009 Goudey out of the "Value Pack" box at Target, just for the fun of it. What did I get? 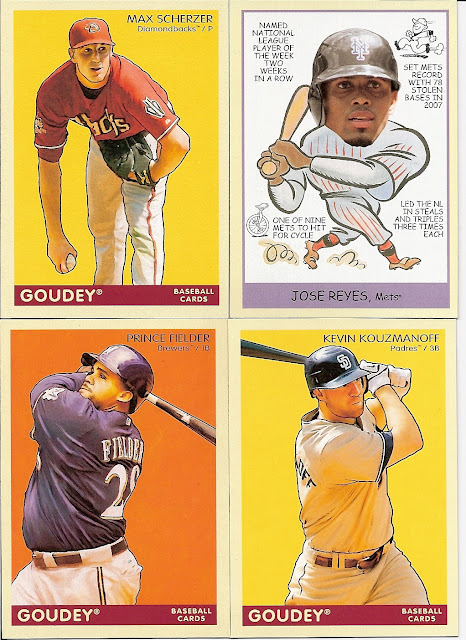 Pack one: Max Scherzer and Kevin Kouzmanoff may not be big names, but that's more than made up by Prince Fielder's big belly and upper arms and Jose Reyes' big head. If you're wondering, the Reyes is a short print. All four are for trade. 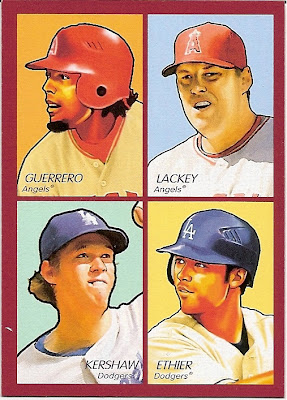 "But wait," you say, "I opened several of those retail packs and I know for a fact there are five cards in the pack." And you're right! Here's the fifth card, a 4-in-1 of Southern California superstars. It, too, is for trade. 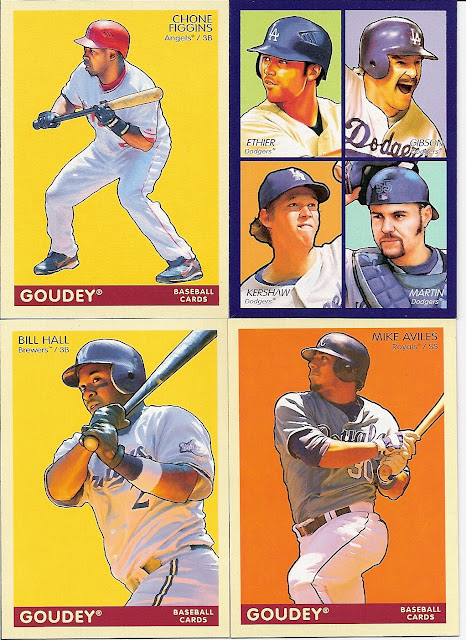 Pack two: This is a much-less exciting pack, as far as the base cards are concerned. However, there may be a couple Dodger fans out there who will be interested in the blue parallel of the 4-in-1 Dodgers card. All these cards are for trade, but the 4-in-1 comes with a stipulation - it must be replaced by another blue (or black, but those are serial numbered to 21) 2009 Goudey 4-in-1. 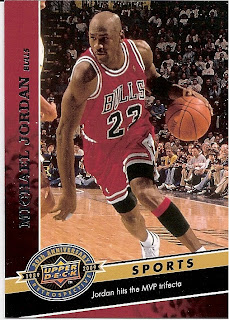 Not that there is much interest in the 20th Anniversary Retrospective set (I think one other blogger is collecting the set), but this took the "place" of a short print in the second pack. I'm putting the set together, with a planned completion date of 2034.
at 3:00 PM