Maybe you missed my post about some Hank Aaron vintage: 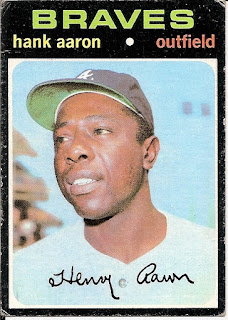 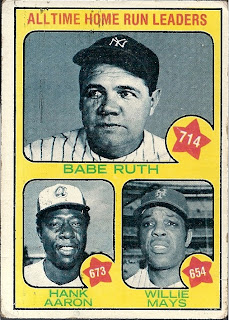 But if you can't tell, I had a great time with vintage last weekend. I found a bunch more at the card show: 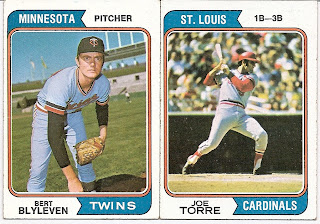 1970s-style Hall of Famers! Torre had an accomplished career as both a player and a manager, and I don't see why he won't be a Hall of Famer. 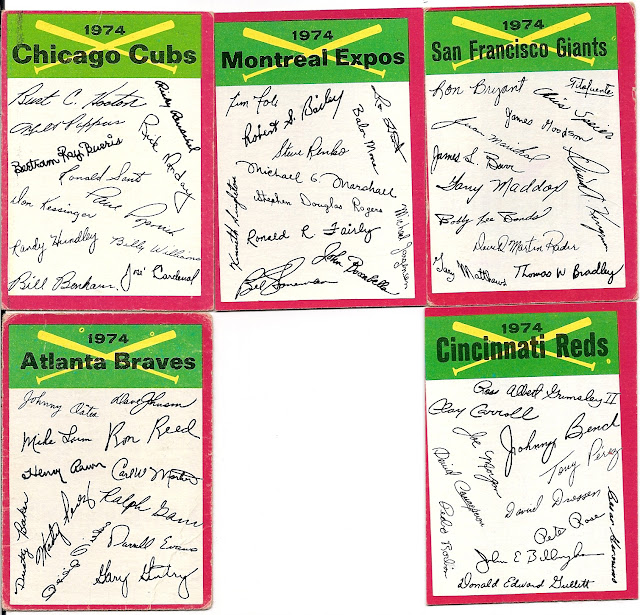 Look, ma! Tons of autographs! I got Hank Aaron and Juan Marichal and Dusty Baker an Johnny Bench and Pete Rose and... Sure, they're not as rare as the blue 1973 checklists and some of them are marked, but these cards must have been as cool to a kid as those team-signed facsimile baseballs you can buy at the stadium, or got for free when you filled up your gas tank at Chevron. 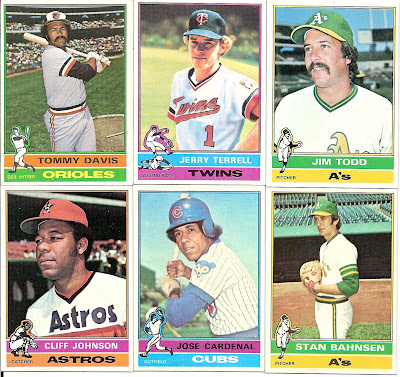 1976 may be the next "vintage" set I try to complete, whenever I finish the 1973 set. But then again, I may try to just pick up a complete set of each of the post-1975 issues and focus my time on the tougher sets. Most of the 1970s designs aren't exactly inspiring. I like the little position guys in the corner of these cards though. And the use of team colors in the borders and bottom. 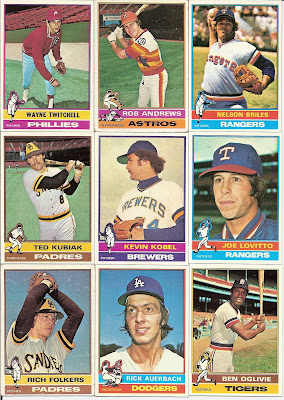 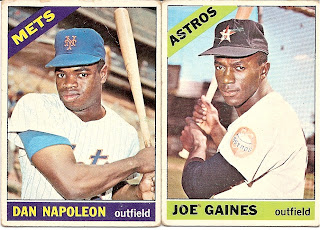 I guess 1966 wasn't too interesting, either. But there are more sets with character in the 1960s than the 1970s, plus the '60s sets are a bigger challenge to put together. 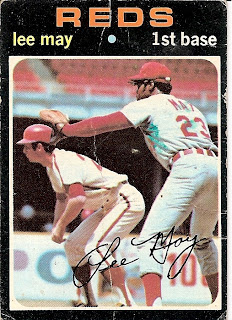 Everyone loves the 1971 set. I do too, even with a giant crease down the middle. Hey, every card from the red checklists to here were bought for ten cents each. I'm not going to be too picky at that price. 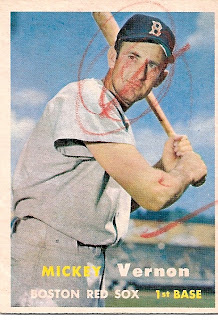 How about this 1957 Topps Mickey Vernon card? Sure, someone attacked him with a red crayon, but for 50 cents, he's the first card toward the 407 card set. Only 406 to go! Maybe I'll find the other Mickey for 50 cents too. Yeah, I'm not holding my breath. 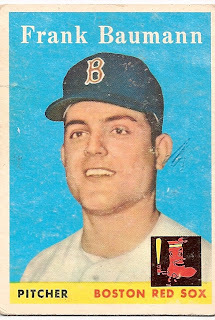 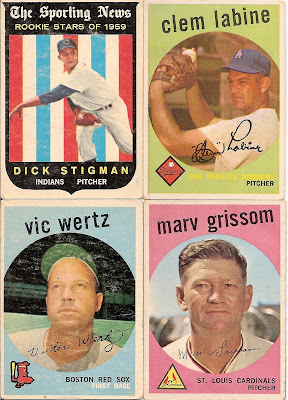 These '59s are in a bit rougher shape, but I'm happy with them!

Now, these 1956 cards aren't pretty. Nelson's fading away like a Derek Jeter autograph on a 1999 Topps HD card. But they're fairly intact and appreciated by me enough that 50 cents each was a decent deal!

I hate repeating myself, but it's so true: I'm really excited to be actively collecting vintage cards. For the longest time, vintage meant pre-1988, because I rarely saw those kinds of cards for sale as a kid (I never went to shows until I was an adult). Now that I can find pre-1980s cards (and at great prices) at shows, I'm picking them up for when I can finally devote my time and resources to completing each set. It's a lot of fun finding these cards.

I mentioned above that I'm working on the 1973 set, though all my base set lists are updated with the cards I currently own for each issue.
at 3:00 AM