If they're not going to take them out and look at them and play with them, and they have to worry about getting them soiled, then we're not talking about something that comes in a package of bubble gum, we're talking about a whole line of collecting that's totally independent from the love of baseball.

If you had a Robin Roberts card and I had a Mickey Mantle card I would of traded you even up and thought I got the best part of the deal, and today that would be heresy. I think that's a little dangerous.

I think it is a little disconcerting when young baseball fans are more interested in the value of a player's baseball card than his batting average. In some ways that's a tragedy.

It's not just the hobby that's lost that innocence. The hobby is merely a mirror of the game as it is today. It's no longer and will never be like it once was.

Every once in a while I browse Netflix like one might browse eBay, looking for movies I've never seen or even heard of before. On a hunt for some baseball movies, I came across a title that seemed appropriate: The Ultimate Baseball Collector's Collection. It's two titles in one, neither of which really explain what you'll see. 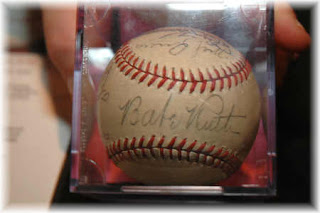 The first film explores the Barry Halper Collection, and it looks like it was filmed in the early to mid-90s. Halper himself tells you the story of how his collection came to be, and you see footage of him acquiring some of his items from players like Mattingly and Mantle. Billy Martin visits his house to view his collection, and Halper shows off some of prized items. The whole show plays out as a documentary, but it feels more like Halper is just showing off the cool stuff he has, with some explanation of how he acquired some of the items. With the recent discussions that some of the items in the collection might not be authentic, this film will give you insight into how that could be. It was decent entertainment, getting to see all those great old items, but it is a fluff piece. 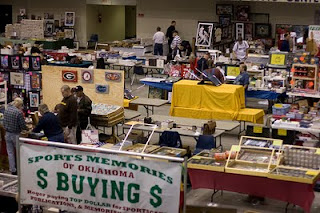 The second film looks like it was produced in 1991. Most of the footage looks to have been shot at the National and a couple other shows, and you see a lot of '91 products. It seems to go back and forth on the topic of collecting and money, with very little narration. Most of the commentary in the film is from experts - players, card executives, dealers, and collectors. The last 10 minutes really foreshadowed the bubble burst. All the quotes above are from this second movie. It doesn't give an answer as to whether it's a business or a hobby, because for every quote similar to the ones above saying money and cards shouldn't mix, there's another quote saying that baseball cards are a good investment and children can learn about money.

The release date on the DVD was 2007, but it's obvious these were produced about 20 years ago. However, they might be worth a watch if you don't have anything better to view.

I will probably take a quote a day and write my thoughts and open it up for comments. Meanwhile, if you've seen this film or any other shows or movies related to baseball cards, I'd love to hear your thoughts about those today!
at 4:31 PM