Third day, third dealer! So far you've seen plenty of low-numbered shinyness, and one "hit". What does this third dealer hold for me?

These 49 cards below came from one dealer who I've bought from before. He has other things, but the other couple times I've seen him I ravaged his 50-cent baseball box for mainly late-90s inserts. This weekend was no difference. 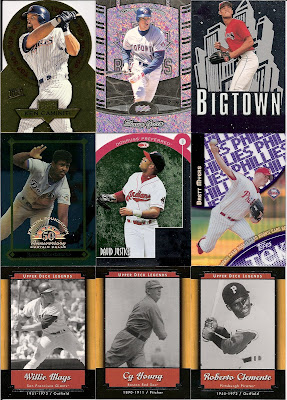 The Ken Caminiti on the top is one of only a few '97 Ultra sets I need for the Zoo. Given the large numbers of sets (several with parallels) issued with Ultra each year in the '90s, that's quite an accomplishment! This was also my first time seeing a Topps Tek color parallel. Most of the cards in today's post were bought for my Cardboard Zoo collection. The three at the bottom of the above image will go in the Awards/Leader collection, though. 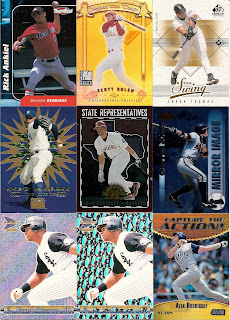 I passed by a few of those 2000 Prisms (Frank Thomas, bottom row) before I noticed they had different designs, similar to Topps Tek. I'll have to do a little research to see what the deal is. Pacific did some crazy parallels around this time, which probably inspired Donruss to take it a step further in the next few years. 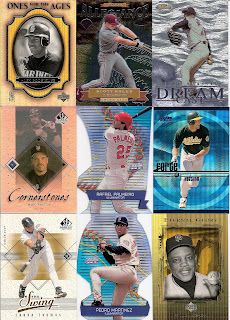 You can see two Stadium Club 3x3 inserts, which are quite tough to come by, but most interesting in the above lot is the Dreamcast card from Finest. That is a LOT of foil. 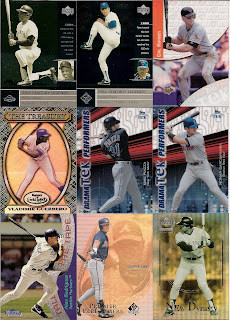 Every time I see Topps Tek inserts I grab them. I have no idea if I need them or not, but I'm attempting a Topps Tek master set (other than the 90 different variations of the base set for every player). I'm crazy, but not that crazy. 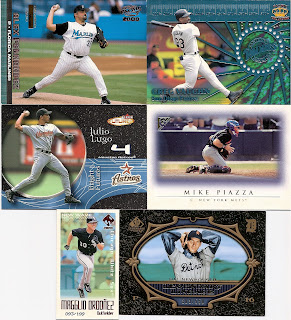 Time to go horizontal! The Pacific card in the upper right is laser cut, and pretty cool looking! Poor Piazza looks all alone there at the plate. 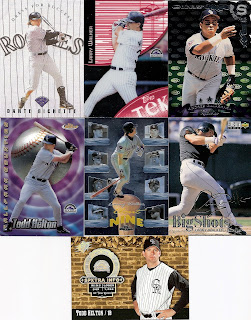 This last scan is all Rockies! As Johnny picks his jaw up off the floor, I'll let him know that most of these cards are for trade. I need to verify a few with the Zoo collection, but otherwise these are all available!

For these 49 cards (should have been 50 but I can't count) I paid $20. Not bad - there are several numbered cards in there which could have cost me more. Certainly my biggest purchase of the day.