Finally, peace and quiet. The house population is back down to two. For at least the next few weeks, I'll be able to do things on my schedule; there are no barbecues, dinner outings, or day-long hikes planned. I enjoy the company, but you know how busy things get when you've got company.

I found some time this weekend to sort some of my cards. The cards I have here for the Zoo are now sorted by year, and the smaller sets that were just piled randomly in a box are sorted by set. I even made nice labeled dividers with index cards! I feel like the Martha Stewart of baseball card collecting. Not really.
Now that I have more free time, I can get back to the On Location cards, and devote more time to the other blog. I can also get around to some of the other content-based post ideas I've thought about but not had the time  or inspiration to write, including this new series.
There are more than enough sites out there giving year-by-year in depth analyses of Topps products. I'm going to count down the ten sets of each decade from least-favorite to most-favorite design. Nothing but fun! 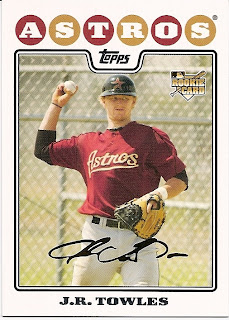 #10: 2008. No love for this set out there. Last place for the decade was a toss-up between this and 2007. While this card has less wasted space, the team name presentation is irritating. Plus, I don't like the facsimile autographs on the card fronts. The indentation into prime upper-central space of the Topps logo is just the icing on the mold-covered cake. 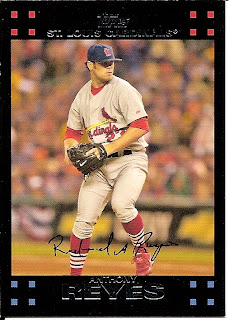 #9: 2007. Black borders chip very easily. The four-square design and massive empty black space on the card hides the fact that image quality isn't that great. The Topps logo ensures a massive amount of empty black space at the top, which could be better served by the team name being listed without the city in a larger font. The design is extremely plain. If the photography and image quality were higher and the black borders removed to make the card full-bleed, the design might work, but these are just big eyesores. 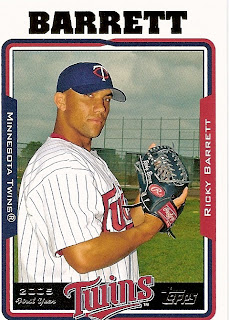 #8: 2005. This year has an attractive design at first look, but there is way too much repeated information. The player's name and team name both appear twice on the card. The giant foil last name at the top of the card is only a tad bit less annoying than the team name in circles from the 2008 version. The use of team colors on the border is nice, and the use of a team logo is appreciated. 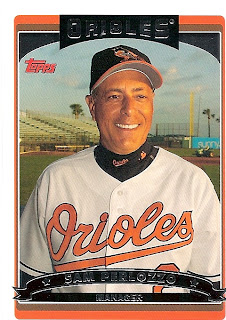 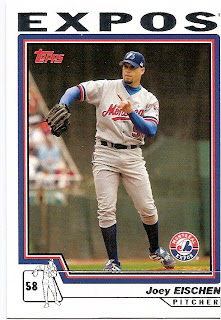 #6: 2004. Similar to the 2005 version, the team name unnecessarily appears in giant foil letters at the top of the card. The rest of the design is attractive, as the card features team color borders, an unobtrusive team logo, and an attractive use of foil stamping at the bottom of the card, including the player's position and jersey number. A standout unique foil addition is the small player art in the bottom left, which is an outline of the image on the card. 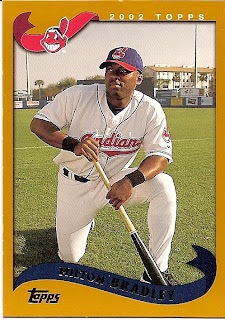 #5: 2002. I originally had this ranked much lower on the decade list, but had a change of heart. The yellow fool's gold borders are a big turn off, but the team color banners are unique for the decade. The player's name appears in one of the banners, and the team logo in another, in an attractive manner. 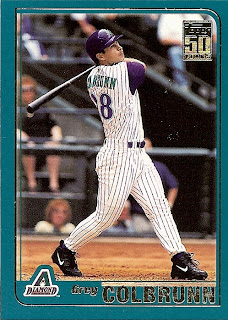 #4: 2001. The use of a non-white border really helped move this set up the list. The player name and team logo appear non-intrusively at the bottom, making for an attractive simple design. 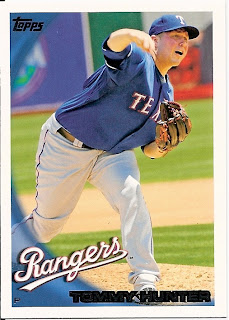 #3: 2010. The first set as the newly-"exclusive" MLB manufacturer, the design is almost perfect. These days, card designs don't need a white border, and I believe this one would have been much better had the curving blue cover was shifted to the edges, allowing more photo space. Also, is it too much to ask Topps to use team logos instead of scripted team names? 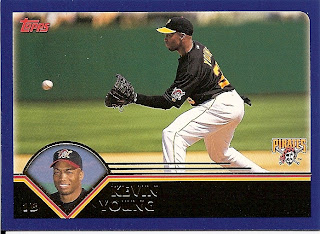 #2: 2003: This is the last in the series of colored borders, other than the black 2007 issue. This is a very attractive design, with small accents giving the card some added personality. This is the only flagship issue in the decade with a second image on the front, a portrait inside a baseball field outline. The excessive black space at the bottom of the card is minimal on vertical cards. 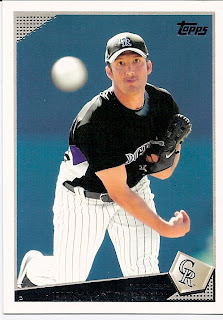 #1: 2009. While it's not my favorite Topps design overall, it is my favorite of the decade. The angled design accents don't intrude on the photo, and the team logo is presented nicely in a home plate graphic. My only real complaint: as with most Topps issues, the use of foil is overrated. As you can see from the scan, foil-on-black can be difficult to read.