One of these days I'll put together a post consolidating everything I know about card shows in the bay area. This weekend's show was held at Westgate Mall in San Jose, a smaller single-level mall that has several big stores and a small collection of normal mall stores. This is the second time I've attended a show in this mall, and they both have been about the same. The show is put on by MMA Productions, and the last show I attended had a couple MMA fighters signing autographs. There are a couple non-card dealers (a full range of LEGO figurines and sets, for one), the box dealer I see at every local show, and perhaps half a dozen card dealers. There are three dealers I see at multiple shows, including two I buy from regularly, but this show seems to provide better deals than others, maybe because of low volume.

I walked off with 150 or so cards, and spent about $60 total. I purchased from five different dealers, and I'll drag these posts out for the week by showing each dealer one day. Smart, huh?

There are none today, but I'll be posting some trade bait in with some of the other finds over the course of the week!

This first selection of cards came from a guy who I've never seen before. It looks like he's a collector who was just setting up a table to sell his extras, or maybe someone trying to make a little money on the side. It looks like he just opened two Topps 2 jumbo boxes and some Bowman, and I was able to pick up several 60YOT: 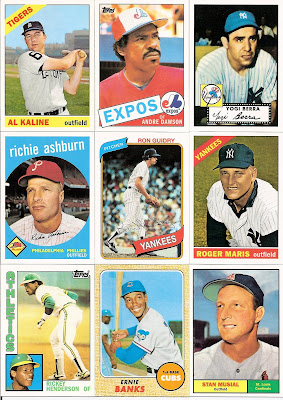 Even more 60YOT, and a King Felix for the player collection: 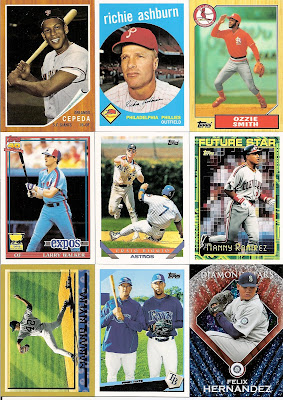 How about some random awesomeness? Brie Bella would be my first card from that set (and most likely my last). The two Yankees will go to the Awards/Leaders collection. I found some USA cards from Bowman Platinum, and grabbed his three Topps 2020 inserts (a set I've just now decided to collect). 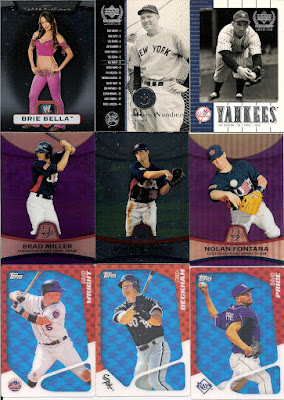 Tribute cards are beautiful, even they're essentially foil printing over a photo with a foilboard background. If most of these are needed for the Awards collection, that's where they'll head. Otherwise, I have a good start on putting together a set. The two cards at the bottom are going to the Awards. 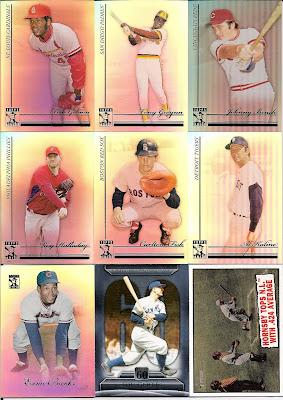 FrankenRainbow? I grabbed these Finest cards because they were shiny and I like shiny things. I didn't even check to see if I needed them.

Last, one more USA card who wandered away from the rest, and Pamela Anderson. 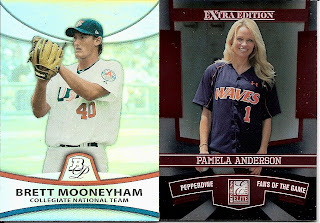 Total purchase from this dealer: $15. Most cards were three for a dollar!