A long time ago, in a blog far, far away, Matt of Cardboard Conundrum and I participated in a really big fun game. I won some Triple Threads cards, and Matt won a really cool different card I wanted. A month and a half later, the trade is completed! I sent him a little box of cards, and he sent a big envelope! That envelope arrived last week, and now I can present to you the wonderful goodies that came my way. 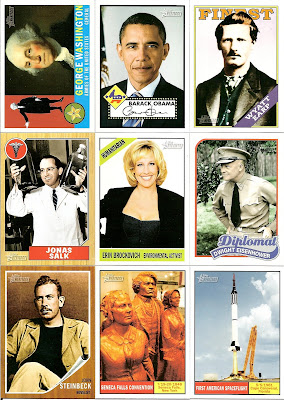 We start with a nice stack of Topps American Heritage. I wrote about this set before, when I learned that there were two separate releases, and I had only one of them completed. These cards start my quest to complete the second release. I think. I'm still confused about which set is which, and I'll probably need to reference a checklist to see which set I actually have. 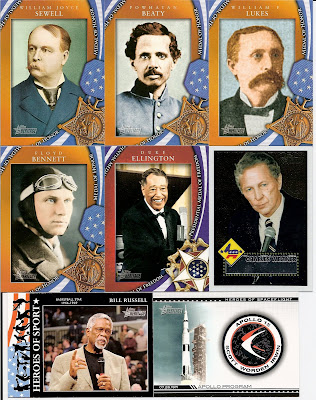 I do know that I don't have any of these inserts yet, so that'll help me out a bit! I remember when this set was released that the relics included actual space shuttle parts. I may have to get some of those. 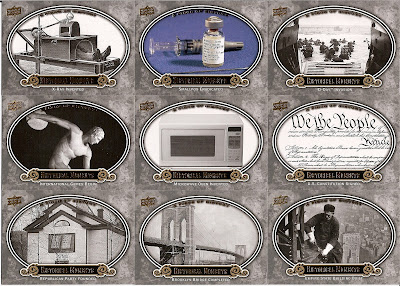 Continuing with the nonsport theme, Matt also included a lot of these Historical Moments subset cards from A Piece of History. I have part of the subset already, and these should get me fairly close to completion! 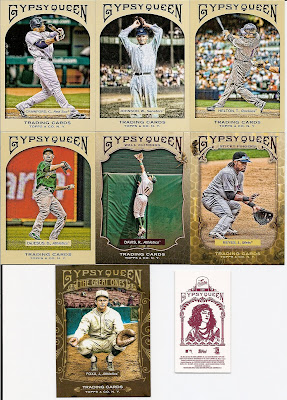 Next, some Gypsy Queen singles. Four of the 17 cards I needed to finish my set are now in hand, as are these inserts toward the sampler collection. The red back mini is Adam Jones of the Orioles. 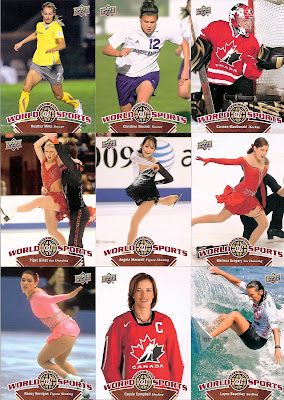 I guess that's enough baseball, because it's on to the smaller sports - these cards (and a few more that I didn't scan) all feature women in the World of Sports set. I have a full set already but I can put together a separate set featuring just the women! There are two cards specifically that I really want from this set - Nastia Liukin and Sasha Cohen. And the autograph versions too. 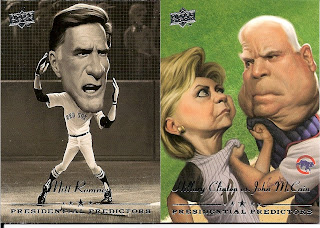 I love these cards. I already have these two, but Matt offered them so I said OK. I still need a few in the 10+ card numbers, plus a couple #7 variations. 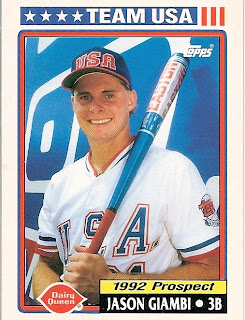 This is the first card for me towards the 1992 Dairy Queen Team USA set. I have another one sitting in the sampler collection, but I've never found any to put towards the team set. Has Giambi ever not looked like a geek? 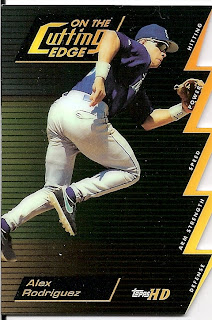 And the card that started it all. My scanner cut off the tips of the saw blade, but you get the idea. It's a really nice card! I have to tell you something - if I had any real graphic design talent I would have done a little homage post to the Saw movies using this card as the trap. I want to make a new graphic for this site to replace the Topps card as the header, and so far I'm not doing too well.

Thanks Matt, for the great package! I hope you enjoy your side of the trade!
at 3:05 PM