I'm in the middle of a few trades, but the most recent arrivals in my mailbox came from Chuck... you know, from Chuck's Used Cards. It seems like he collects nearly anything oddball in a multitude of sports. He sent a bunch of fun cards from several different sets! 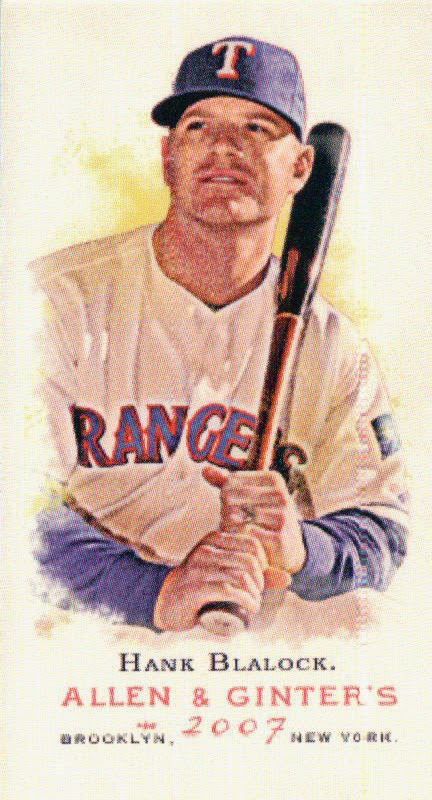 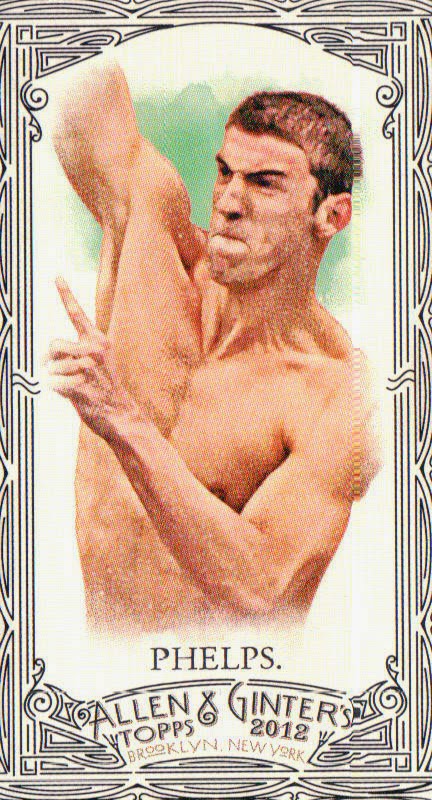 Ginter Minis! I've considered doing a FrankenSet thing like others have posted about, using Ginter, Gypsy Queen, and possibly other tobacco-sized minis. 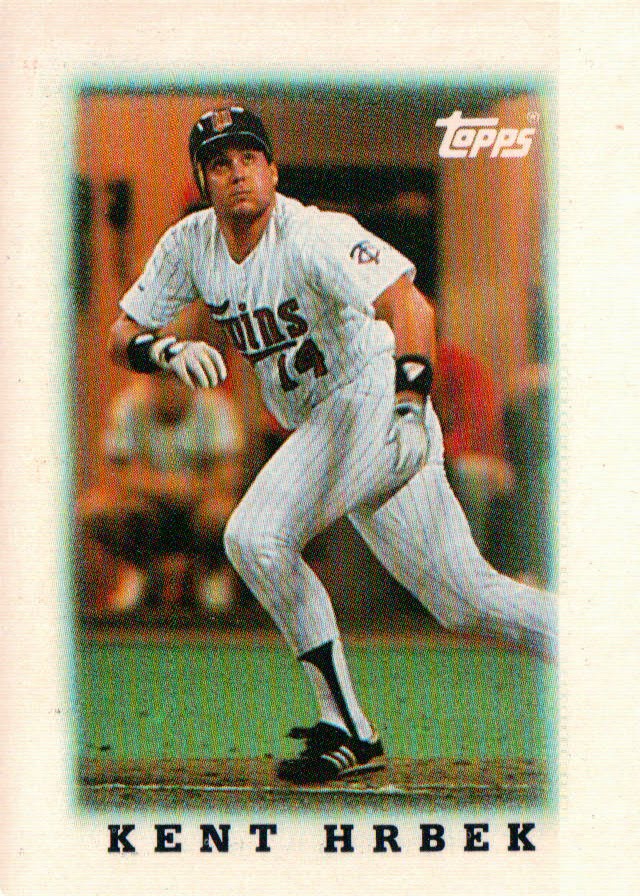 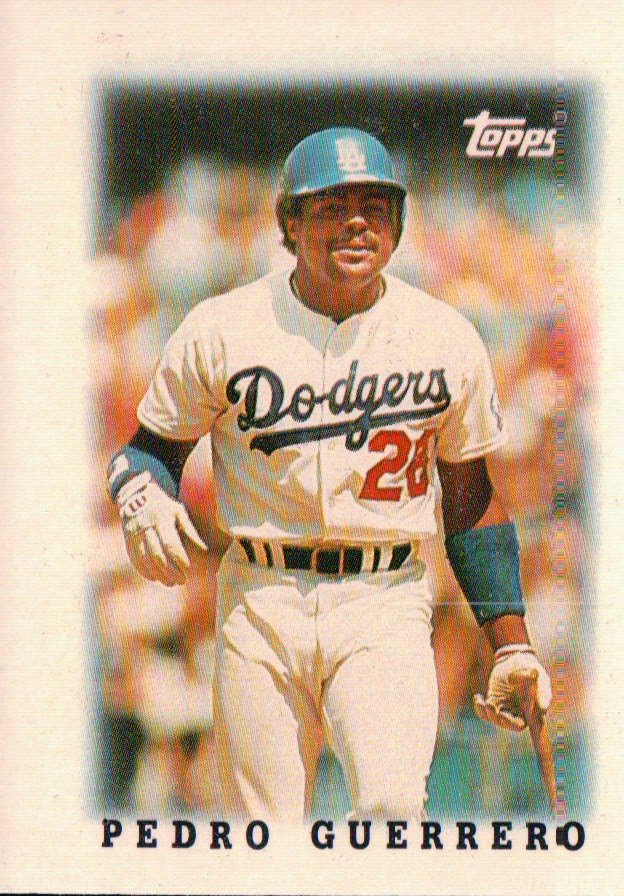 Speaking of minis, Topps issued some minis in the 1980s that I have some cards for back in Georgia... somewhere. I'd like to put together or buy all the minis and Topps Big sets from my childhood at some point. 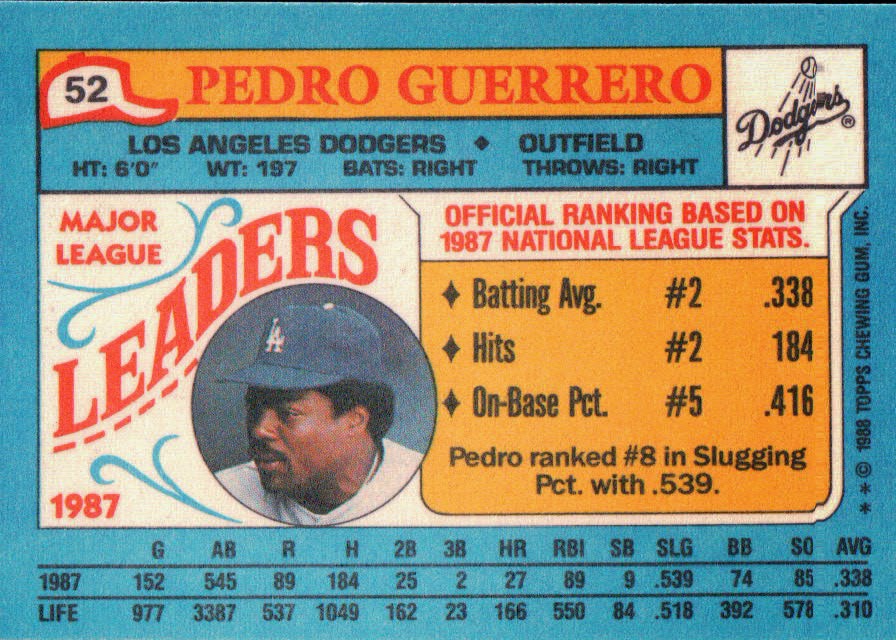 The back if Pedro's mini. Simple but fun. I understand Topps is using one of these designs for an insert set - Archives maybe? I could look but I'm lazy. 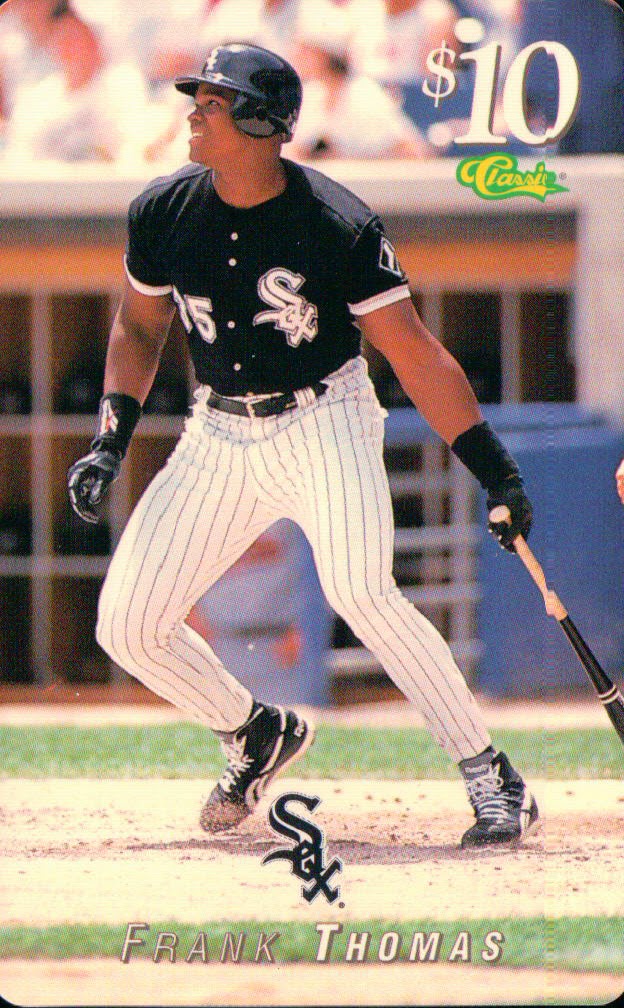 If E.T. had come to America about 10 years later, he could have used one of these instead of a toy. 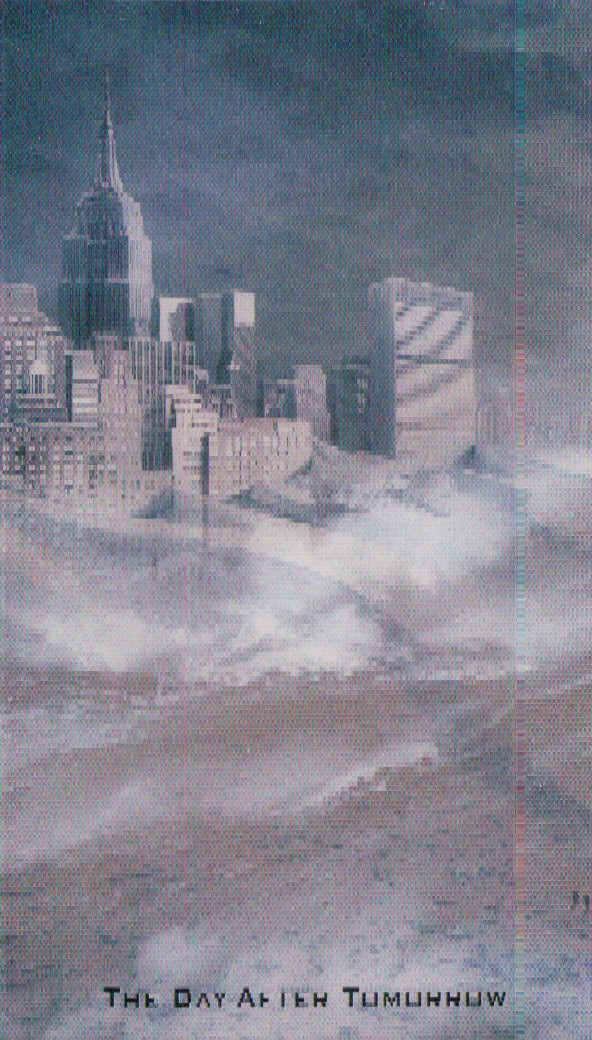 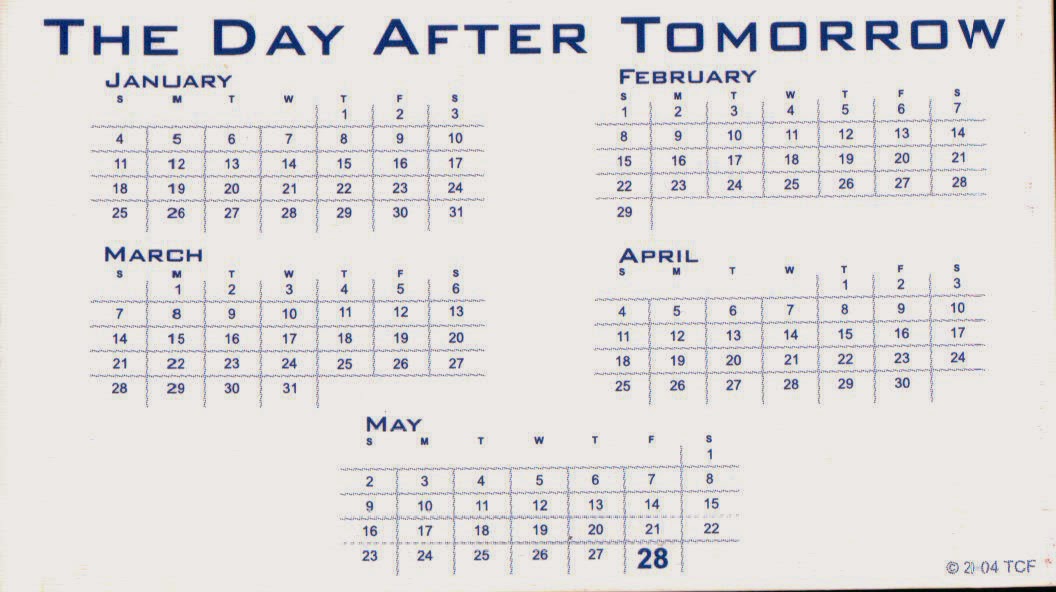 I wonder how many movies have promotional cards for them. The Day After Tomorrow was a pretty good movie, but I'd really like to get a bunch of other movie promos! I'm a big movie buff, and I worked for Blockbuster Video for five years. 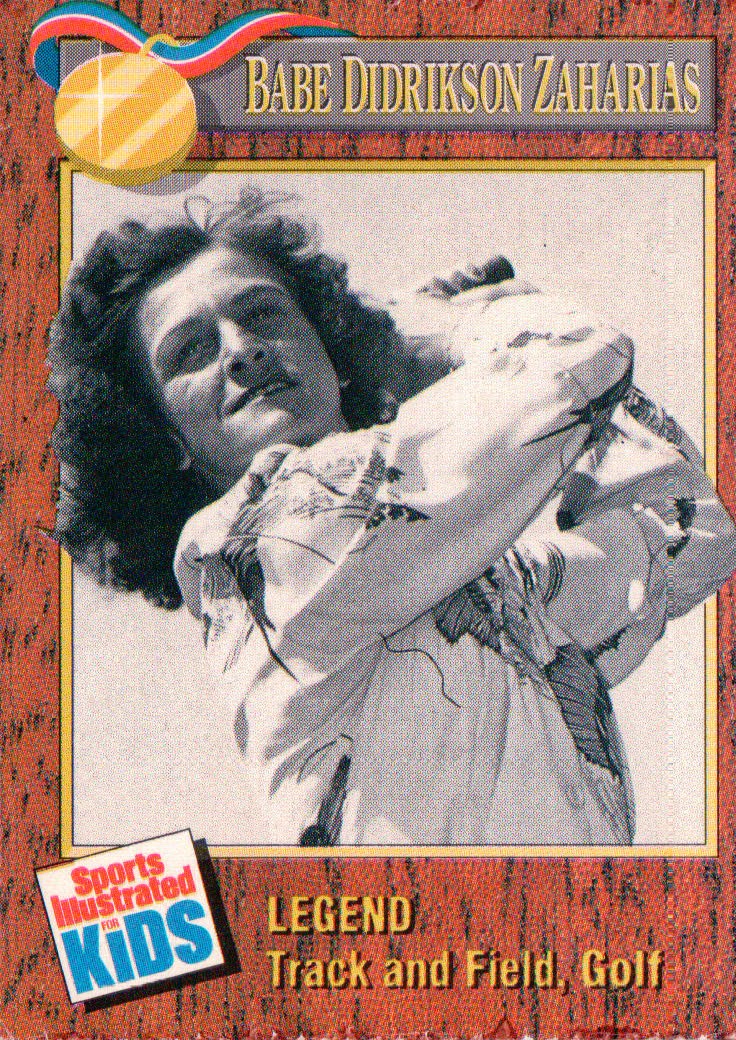 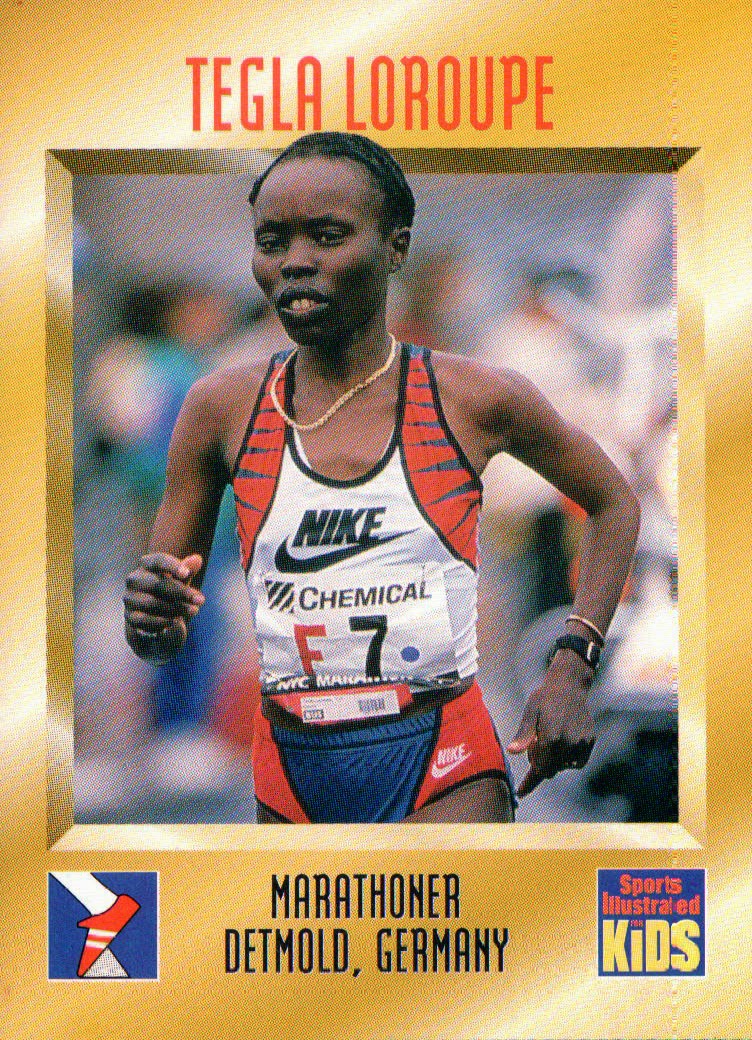 I remember when SI for Kids first came out. I was in middle school, and the school's library got the magazines from the beginning. I think I had (maybe still have) some of the cards, given to me by the librarians. 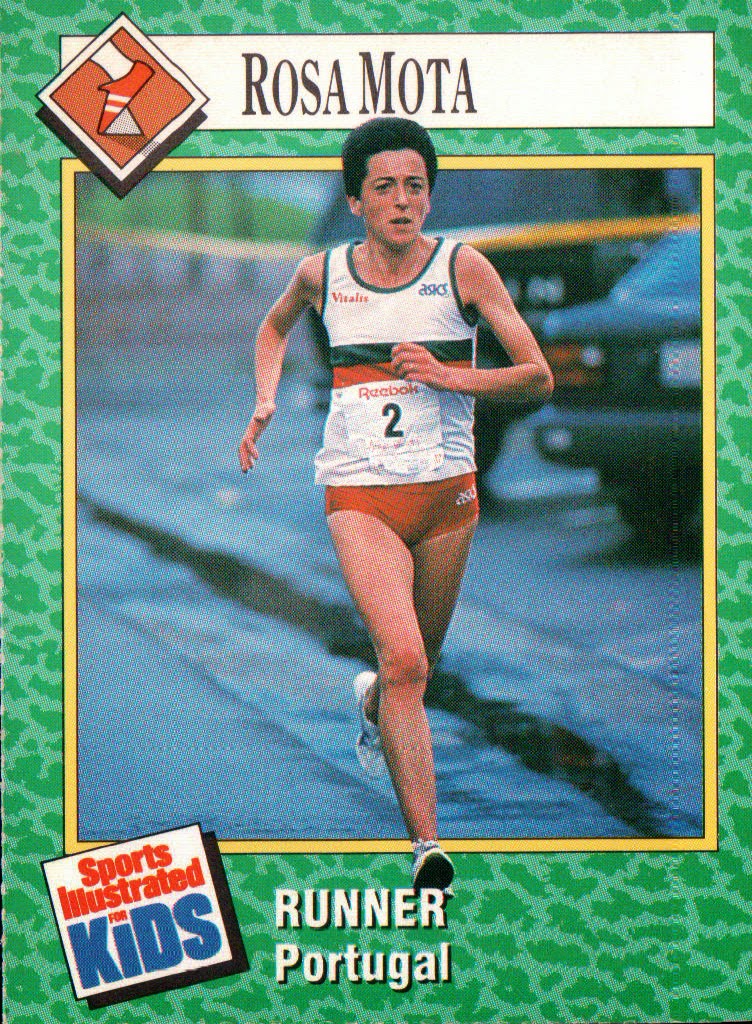 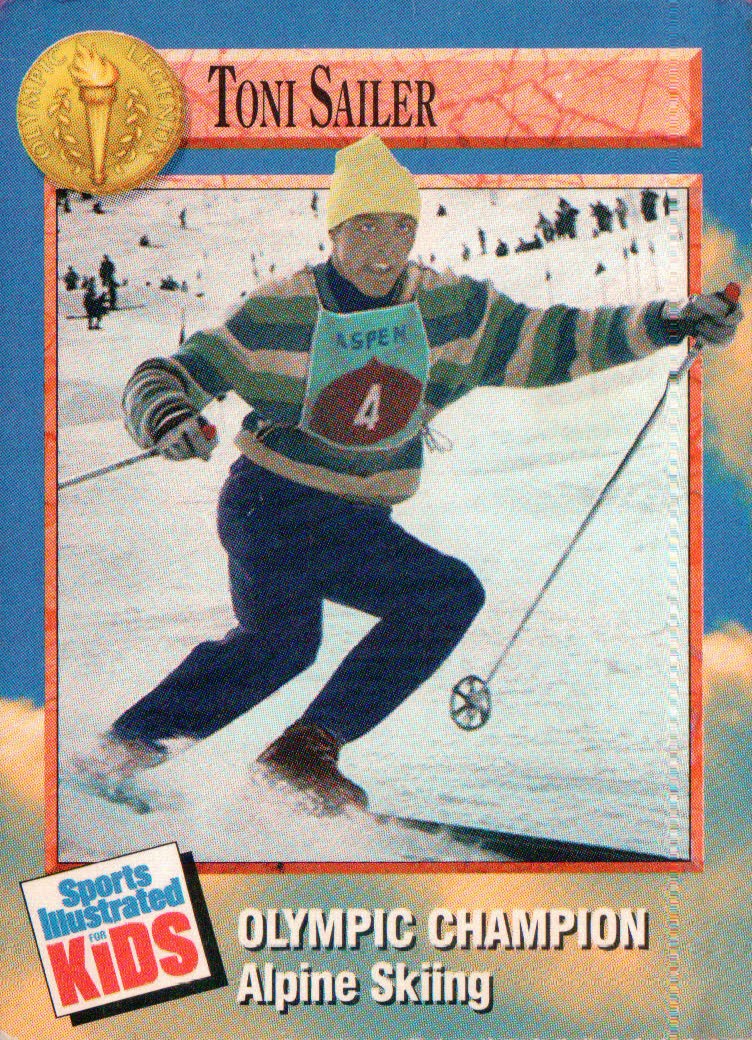 I'd had a subscription for a several years off and on, but it ran out some time in the past couple of months. At some point, I plan on focusing on collecting all the magazines and cards. This magazine goes back 25 years now. Can you believe that? 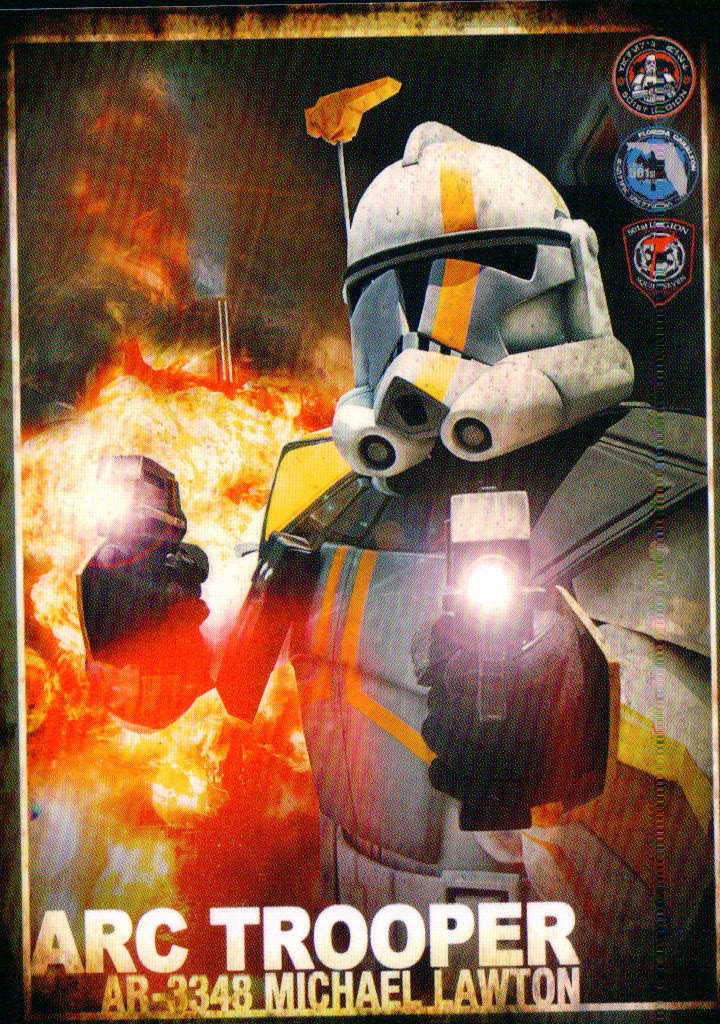 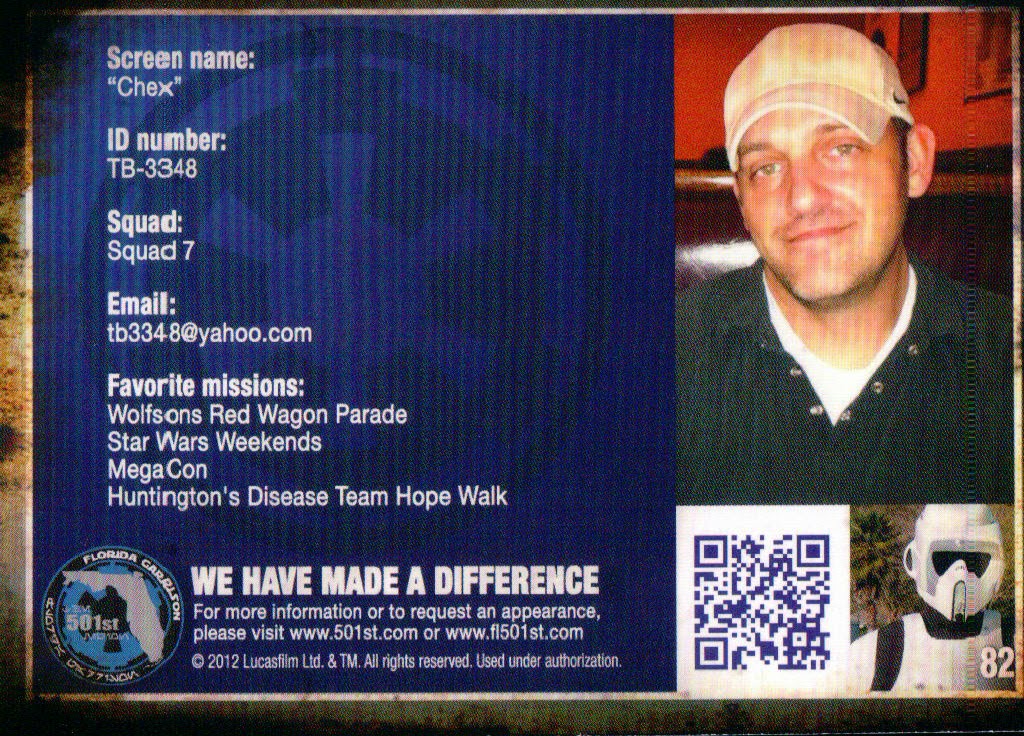 This card has a Lucasfilm trademark. I've seen the 501st "in action" at DragonCon a few times. Oddball movie cards are cool additions to my collection! 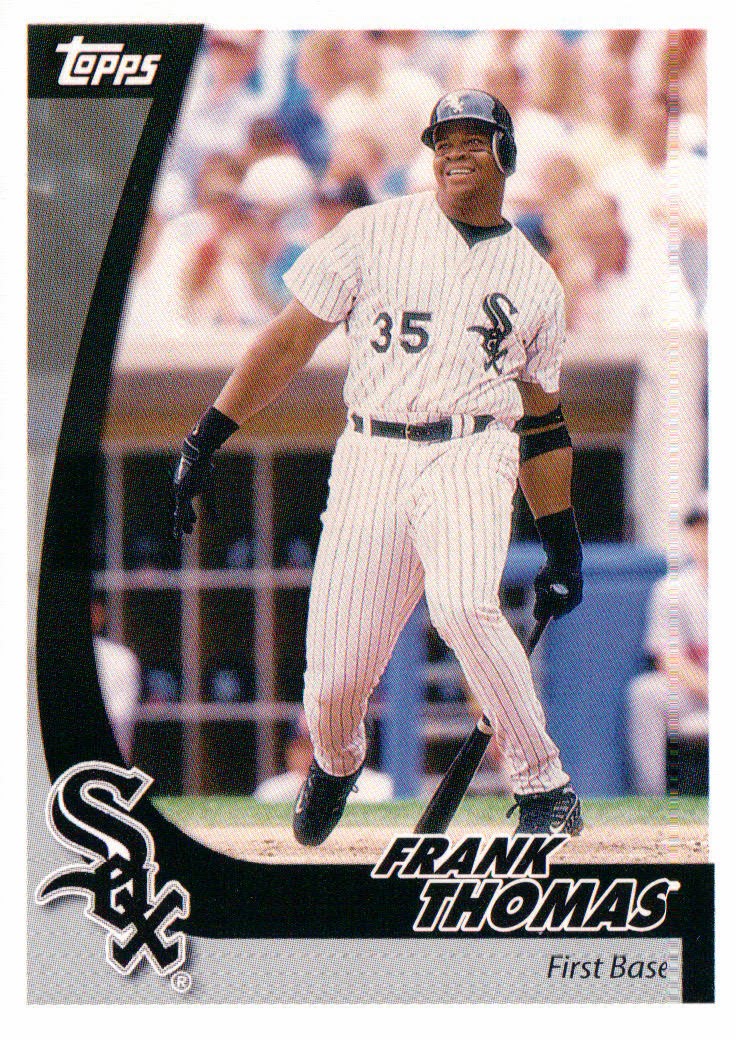 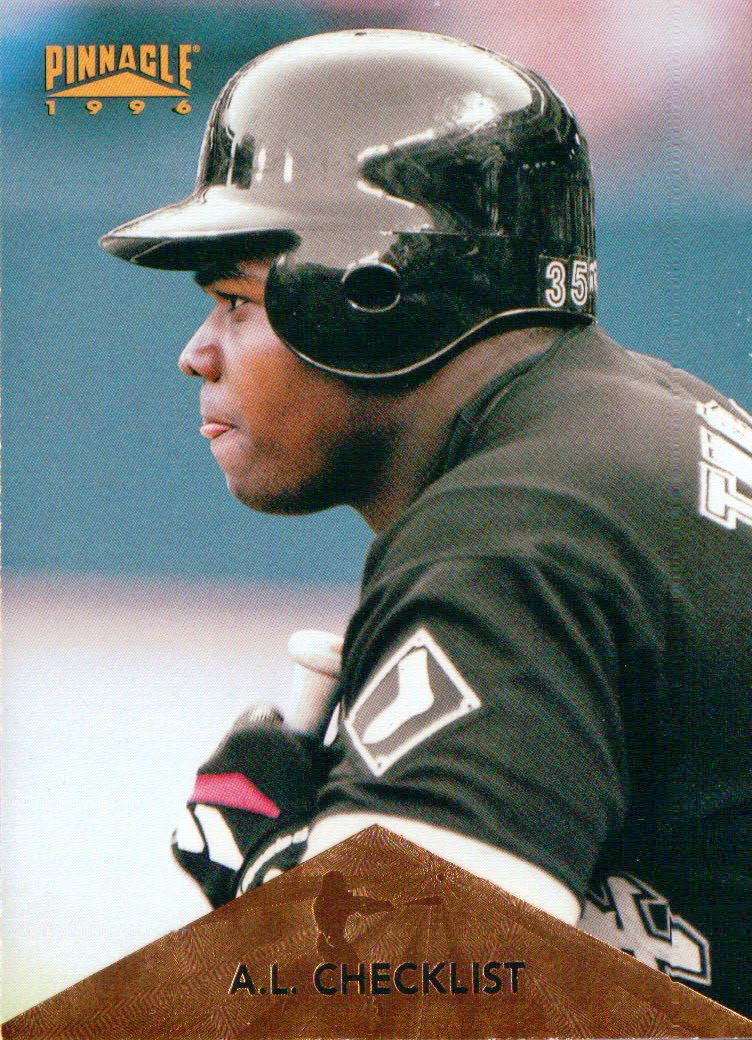 Frank Thomas was one of my favorite players in the 1990s. The Topps card is actually from Post cereals. 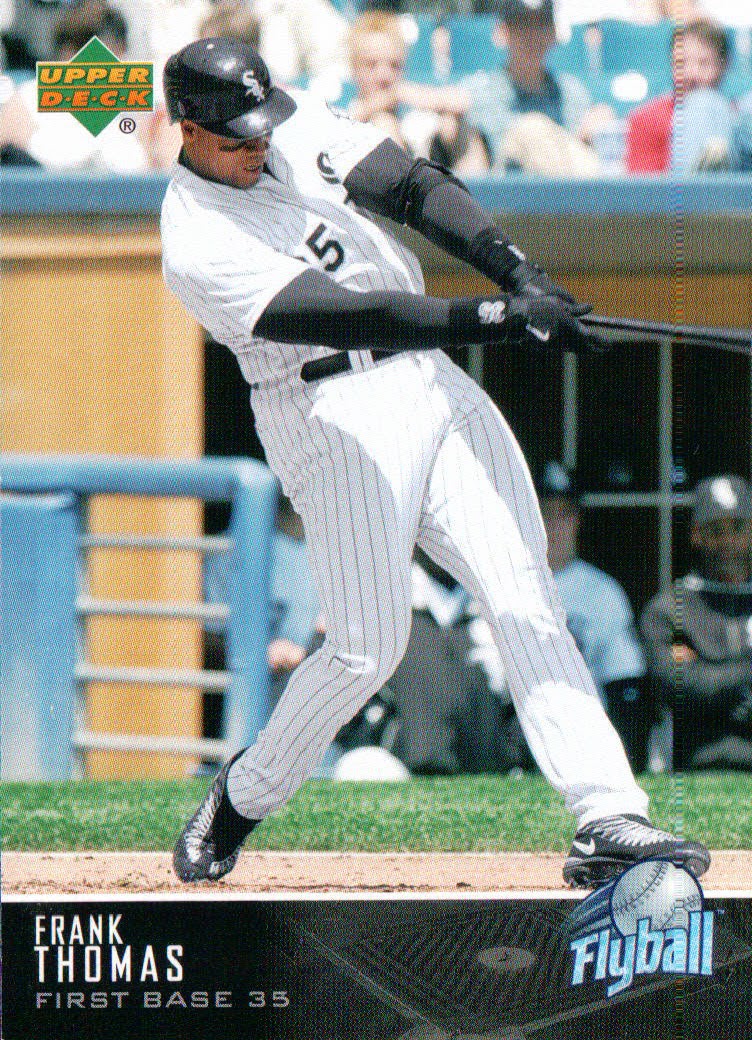 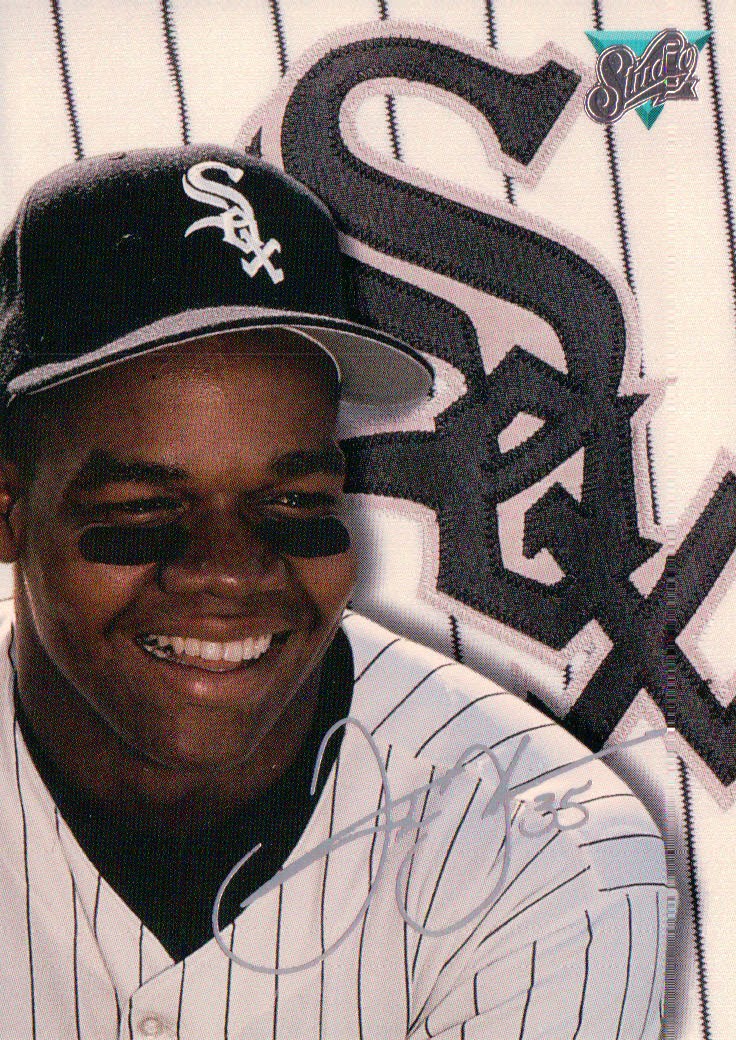 Flyball was supposed to be some big way to get kids interested in baseball cards. There was this book thing and a digital "pen" that would do something when you touched it to the cards. We have similar technology at the English school I work at, using a pen to hear vocabulary and sentences from a page. 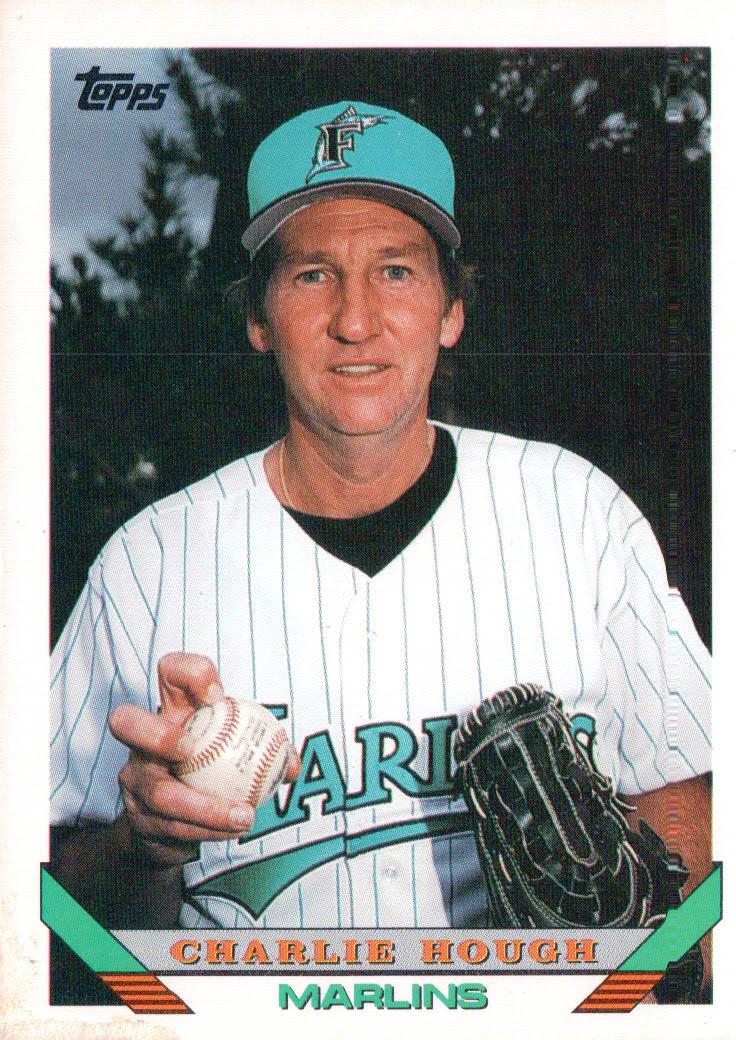 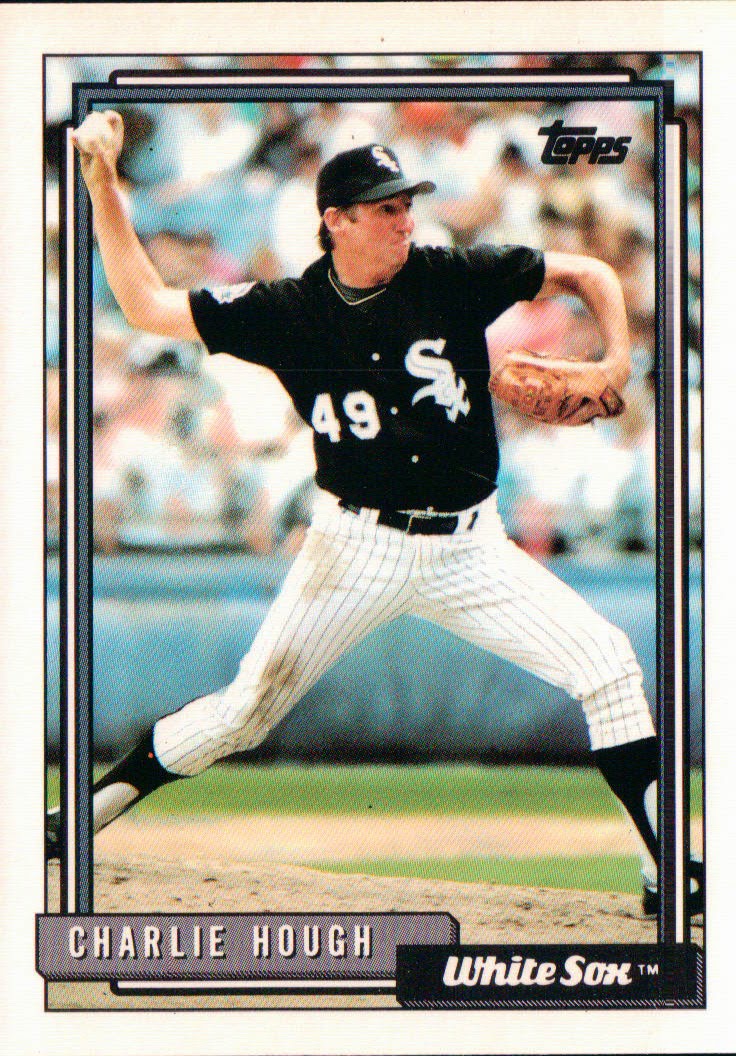 My new Player Collection: Charlie Hough. Sure, I was a baseball card collector and had a handful of Hough's cards prior to 1993, but I really didn't know who he was until that year. 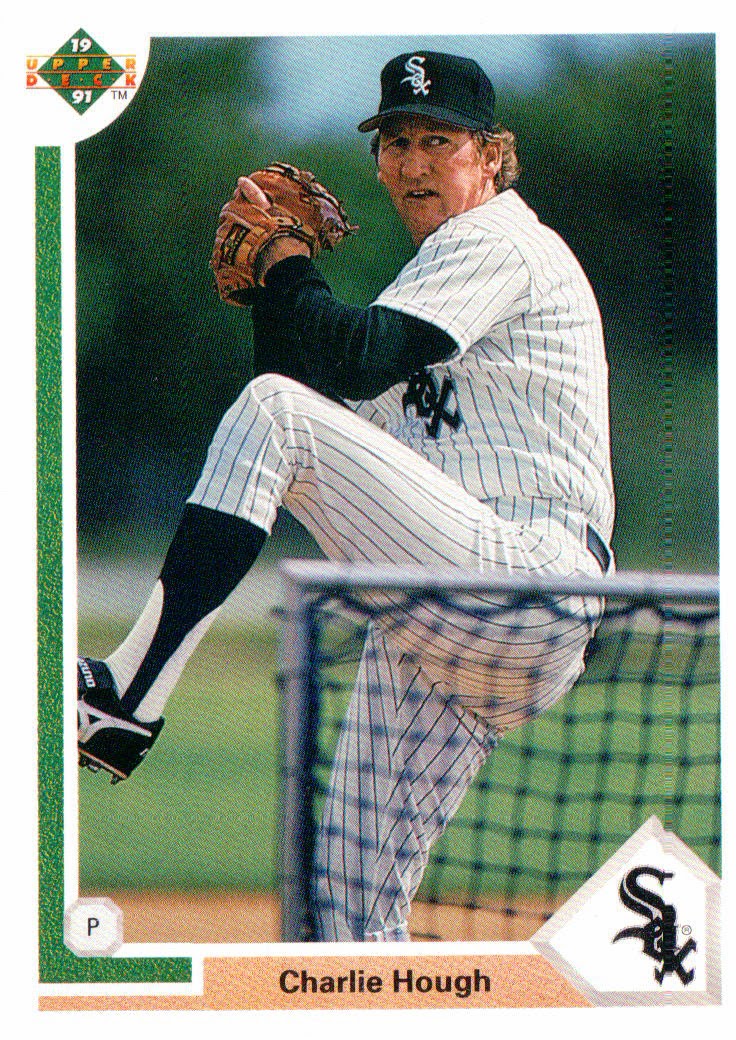 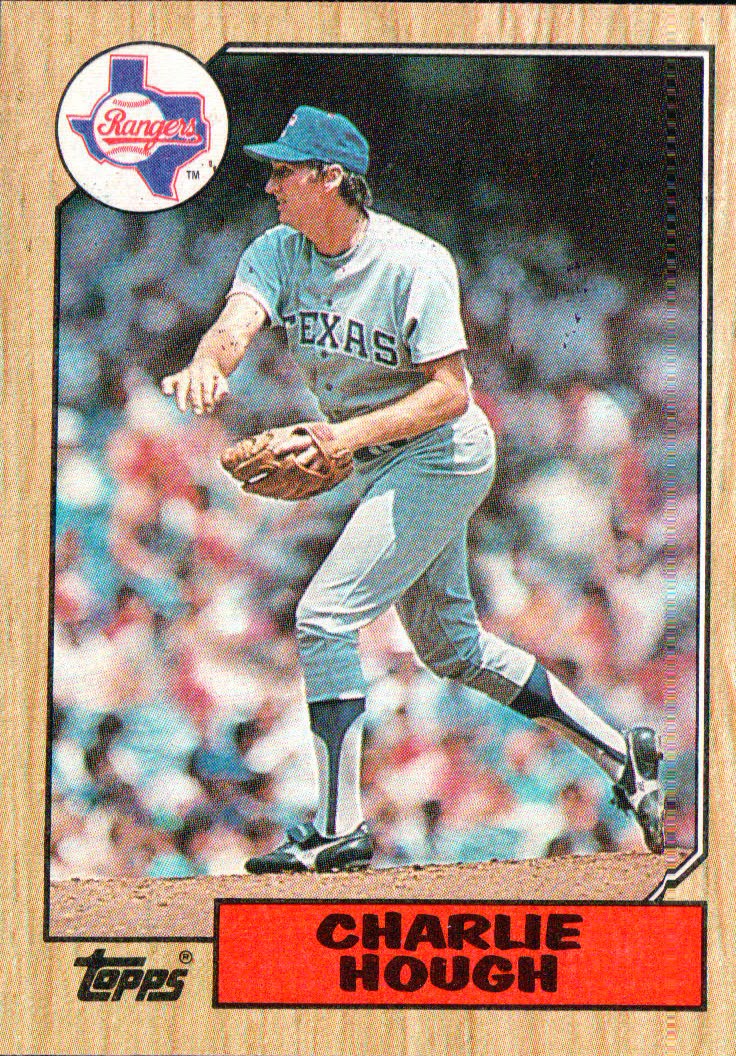 Despite a lengthy 25-year career that saw him playing for the Dodgers, Rangers and White Sox, it was his appearance as the starting pitcher for the new Florida Marlins that taught me who he was. Here was a 45 year old man tossing a ball 60 feet 6 inches, seemingly throwing batting practice speed but still able to fool hitters. 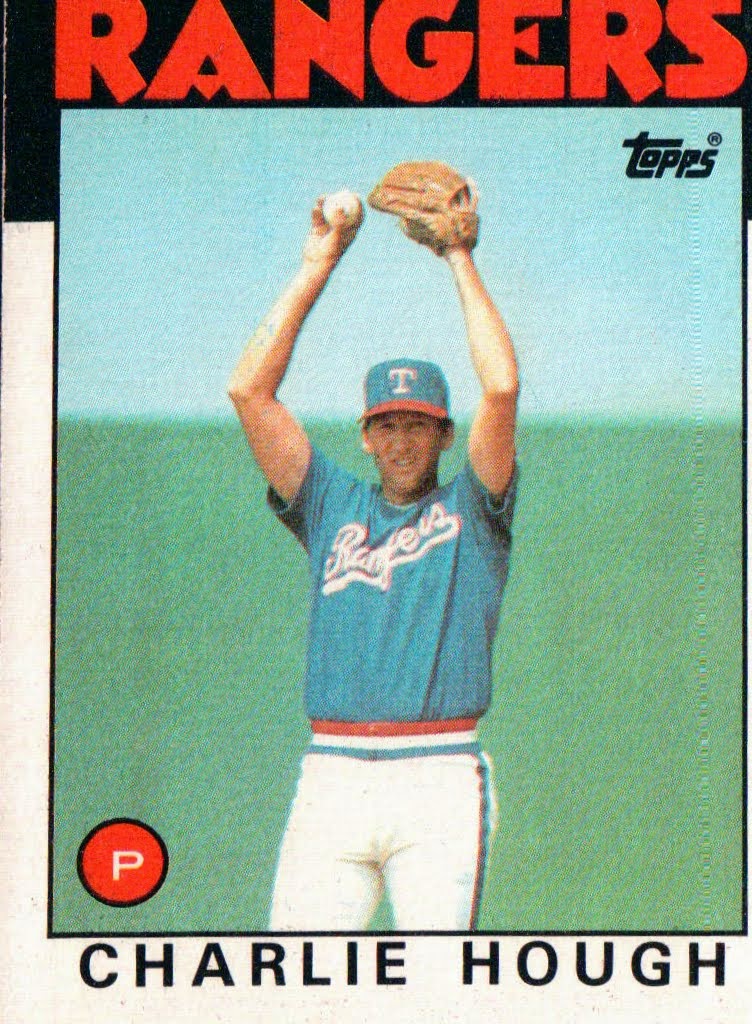 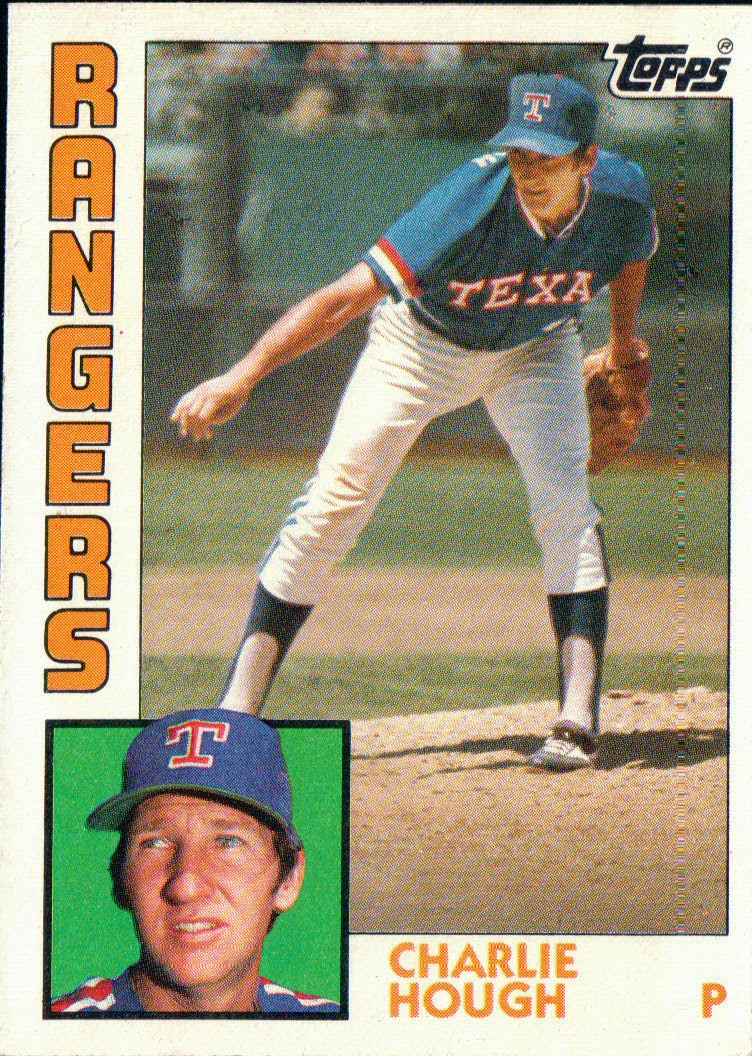 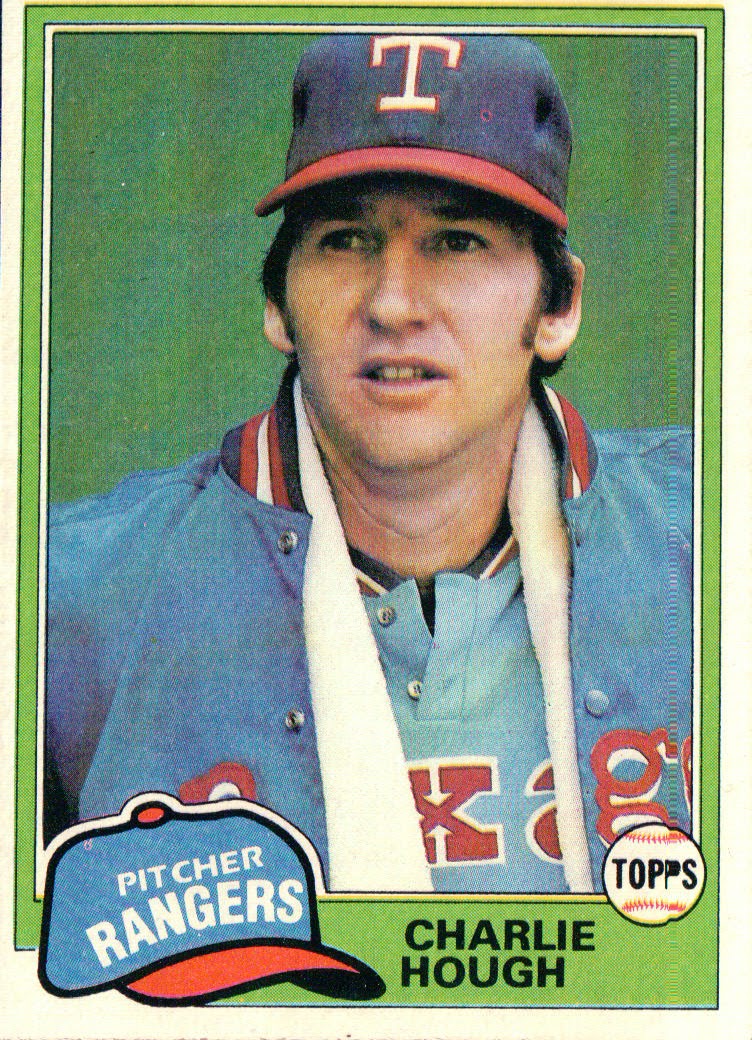 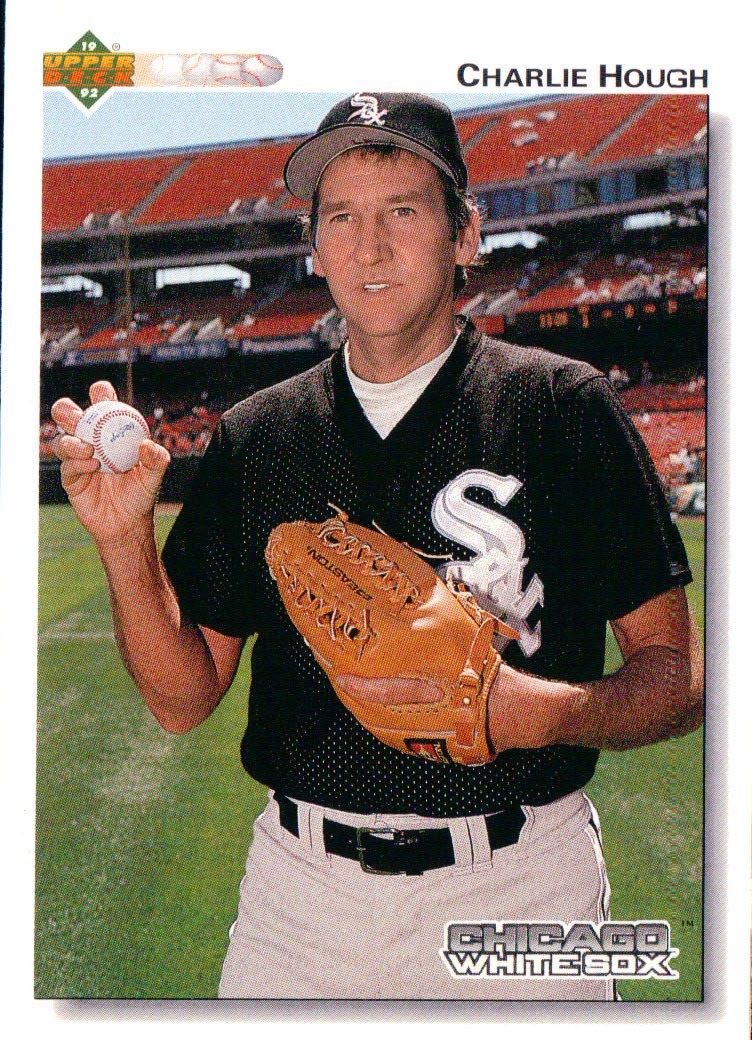 Both Beckett and SCF list 360 cards for Hough, including some very low numbered parallels and autographs - 27 1/1s. If I can get 300 of those I'll be really happy;  330 would be awesome and anything else would be icing on the cake. I want a truly "complete" player collection, as far as that's possible. I'll get a want list together eventually. I have an autograph and a couple other oddballs right now, in addition to what you see here. But if you have any Houghs for trade, I'm probably game! 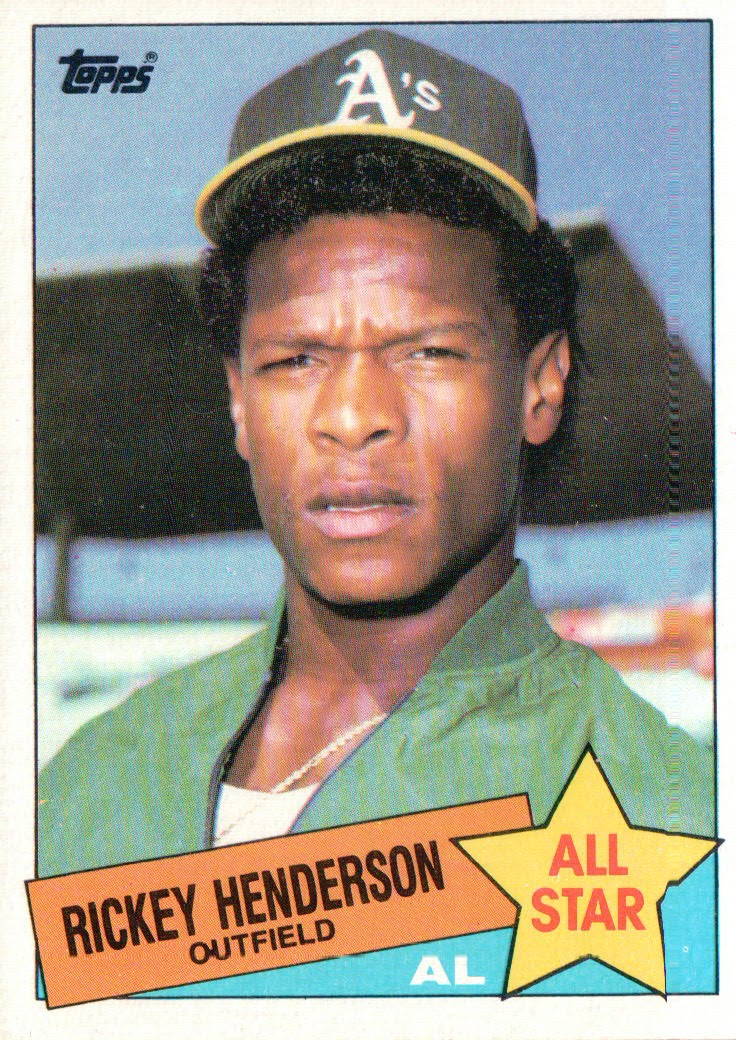 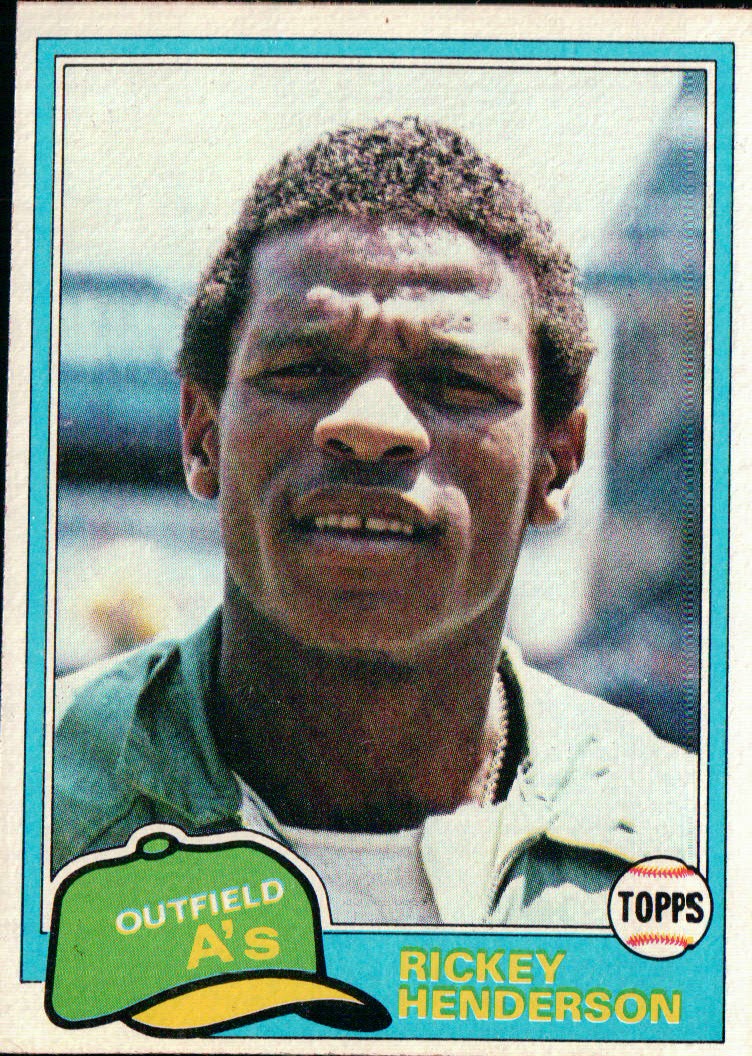 The "best" card is the 1981 Rickey Henderson for my player collection!

Chuck did a great job of putting together an entertaining package and hitting several of my want lists. Thanks Chuck; I'll have something out to you once I have enough fun stuff gathered!
at 3:00 AM