BBM Team Sets: Has their time passed? Or should Topps take this up?

I feel like this year's first offering for team sets (see yesterday's post) is pretty weak - no parallels, a small checklist with only one simple subset, and pretty basic insert and autograph offerings. And the other set released last month isn't better (post coming soon). On the other hand, if BBM is putting more effort into some good topical sets this year I'll gladly take the trade; I think team sets are generally good only for team collectors and they'll probably buy products with even a simpler configuration like this. 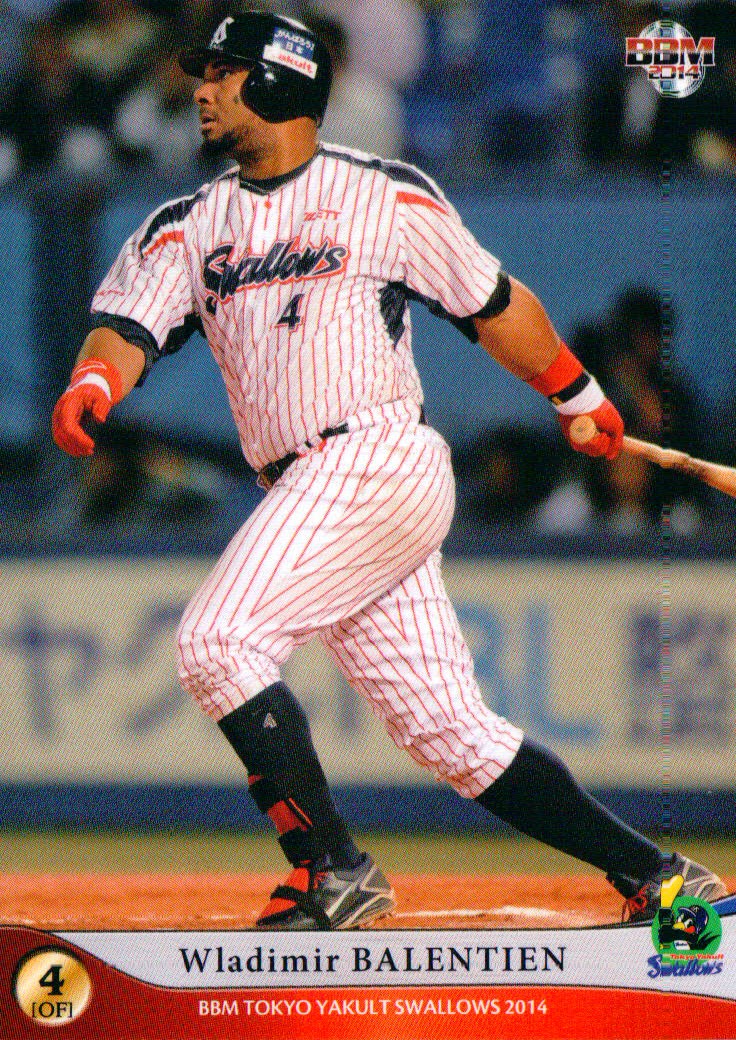 I wonder if BBM is in the process of phasing out team sets in the pack-based format. On one hand, they are created for very specific collectors - fans of that team. But these sets provide an opportunity for lesser-known members of the team, and those currently playing in the ni-gun (minor league) system, to get their own cards. Without team sets, many of the players I've seen in games over the past two years wouldn't have cards, because they haven't appeared in the 1st or 2nd Version sets.

If BBM does eliminate the pack-based arrangement, I hope they still issue comprehensive team sets in box form or include a very broad range of players throughout 1st and 2nd Versions, and issue more topical (such as No-Hitters and Foreigners) and thematic (throwback, art, chrome, etc, like Topps does) pack-based sets. Of course, this is purely speculative. 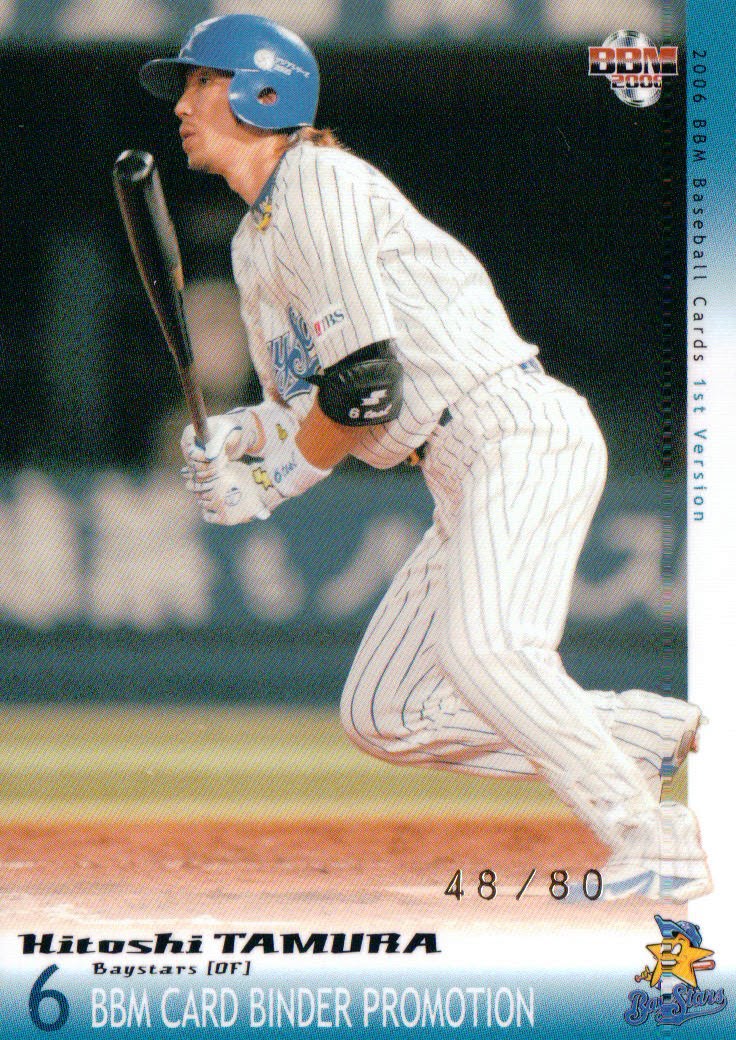 Speaking of 1st and 2nd Version, the two series together usually total 650 or more cards. With 12 teams, each team gets about 50-60 cards or more. Unfortunately, many of those cards are the same players over and over - a star will have a base card in each version, possibly a 1st Version Update card in the 2nd Version, Award, Best Nine, Gold Glove, and possibly other subset cards. Then, 24 cards are team checklists. So the actual checklist of players featured for any given team is probably in the 20s, with the main active roster.

If BBM were to approach base set building similar to Topps' flagship, with stars spread between both series and only a partial checklist for each team, they could include more of the lower-tier players in the flagship set. The Swallows have 68 players on their roster; if every player on every roster (including the development squad) were included in the flagship set, assuming each team has 68 players, that would be 816 cards (plus 12 managers). BBM could easily add a third "version" in place of the 12 team sets, issue a 900-card set that could still have about 25 subset cards per release (team checklists? first pitch?) plus a few properly themed insert sets (All-Stars, Gold Glove, Best 9, etc).

Next year will be BBM's 25th anniversary. It would be great to hear of some things being reworked. If BBM reduced the total number of issues but made them more interesting, they might see better sales. 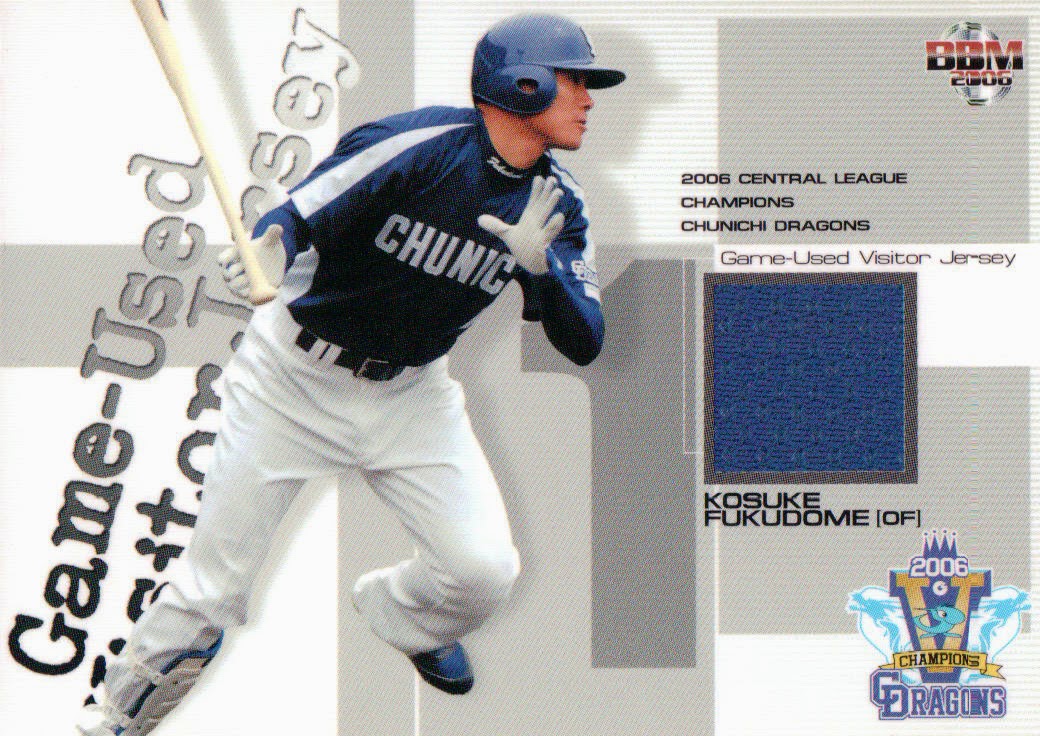 Of course, I'm probably not BBM's target customer; like Topps they essentially cater to the lottery players hoping for the big pull. And the more sets that a company can release, the more packs people will want to bust for the big hits.

But what about keeping team sets? I like these, as I said, because I can find cards of players who otherwise wouldn't get cards. I think they're a great place to try throwback designs (or do team collectors not like them?) or insert some innovative special cards, though BBM tends to severely limit the quantity of die-cut, acetate, or otherwise special cards. I just feel like BBM misses a lot of opportunities with the inserts and subsets it includes in its sets. 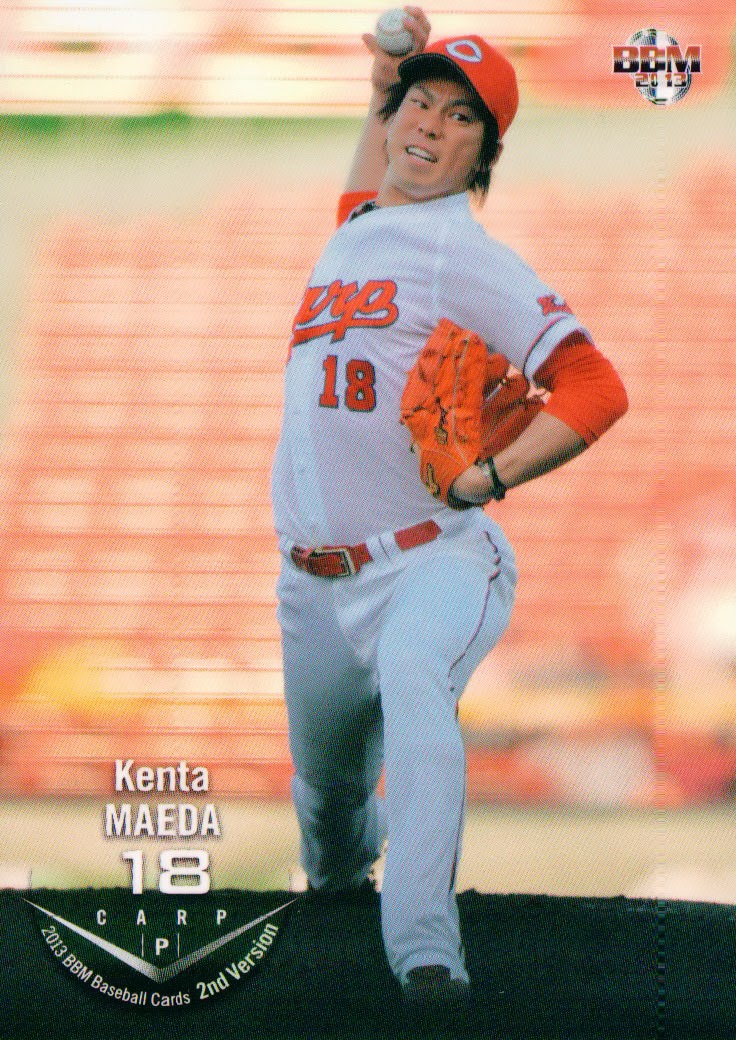 Would this work for Topps? Yes, they issue small retail team sets every year. But more and more collectors are not set collectors anymore, focusing on teams or players. The popularity of group breaks is a good indicator of this. What if Topps issued larger (90-100 card) pack-based sets for each team? They could issue one common design among all the teams, using different color combinations for each team. Keeping the price low and print run reasonable, it could be issued regionally with hobby stores having the ability to buy boxes.

Topps could insert a basic autographed set, a single parallel set, and one or two insert sets themed around the team's accomplishments the prior year. They have a license for MiLB, and I would fully support the integration of minor league cards into this set, showing minor league logos and uniforms; perhaps the checklist would include the 40-man roster plus an additional 40-50 promising players from the organization. Round out the set with a team-by-team prior year statistics card with a team photo on the front, some team leader cards, and some season highlights.

I'm just thinking out loud, of course. But what do you think? Would Topps find success with a pack-based team set? Should BBM keep its team sets, expand the players in the flagship set, or just drop team sets all together?
at 3:00 AM