I've been in Japan over two years now, and while I had arrived only a couple months before this video came out, I'd already heard many of these already.


Two years later, it's even funnier.

Before coming to Japan, I tried to include a funny video or photo in many of my posts, and now I'm going to try to do that again to some of my offerings. Hopefully I haven't used any of them before - I have some left from 2011 that I might not have posted.

I don't have any cards for today's post. Instead, I thought I'd share some of the other goodies I added to my collection this evening. You see, I love pop culture. In America I kept up with (though not necessarily followed) trends in music and movies, even fashion. It's a by-product of a love of entertainment and teaching anyone over the age of 12.

Since coming to Japan, I haven't been exposed to most of what's going on in the States, but I've absorbed some of the Japanese popular culture and I'm certainly aware of many of the popular movies and music that's come out. American movies are pretty popular here, and finding American-based items in Japan isn't hard. Some of it is pretty exclusive to Japan, too!

Most of what I grab comes from the capsule toy machines or crane games (UFO Catchers). Everything else is seriously overpriced. But two things I found today were a real bargain! 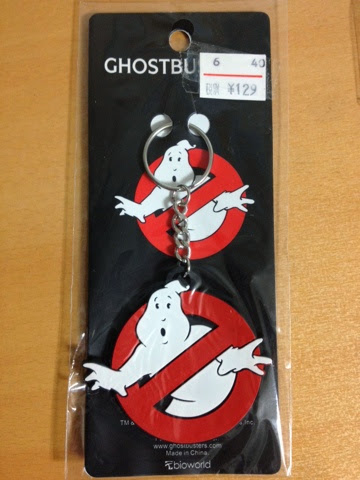 I'm not sure what I have from Ghostbusters. I think I used to have an ECTO-1 Hot Wheels car but who knows where that is now. As you can see I picked up a keychain for a little more than $1. I think this might have been a pricing error, because the others were a few dollars each, but I took advantage of the deal. 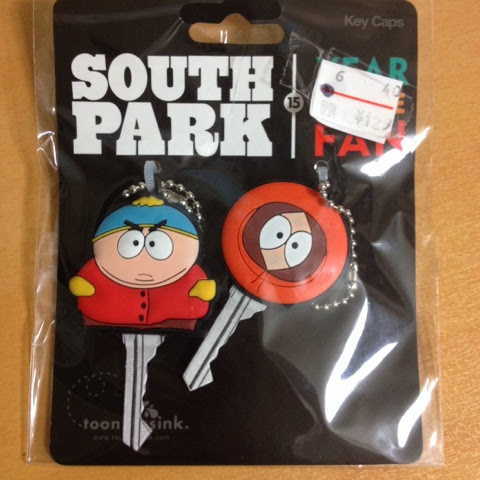 Just as cheap, and again possibly mis-priced, these key covers from South Park were a pretty cool find. I'd like to see South Park gachapon (capsule machine) toys, but for now Cartman and Kenny will have to do.

By the way, neither of these products appear to be Japanese exclusives.

Speaking of gachapon, I spent 300 yen getting a couple new toys. 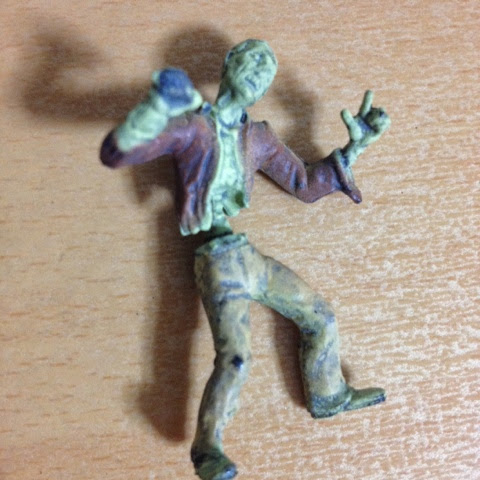 At 100 yen, I couldn't resist this zombie. There were several different styles, and all looked pretty neat. I think the cheerleader zombie was based off Britney Spears. 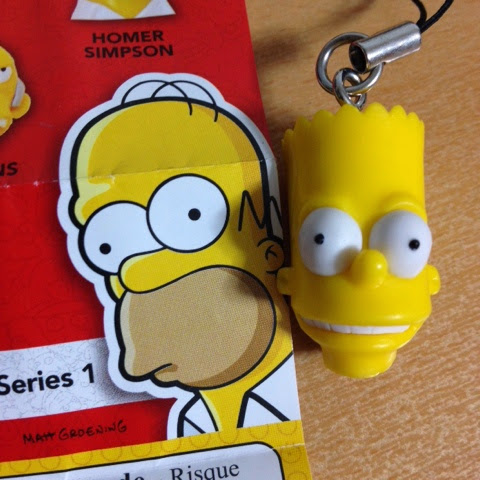 This Bart Simpson head was 200 yen, but I was willing to pay the extra price. I really like the Simpsons, but I would prefer that Futurama and Family Guy have gachapon figures, as I like those shows more. 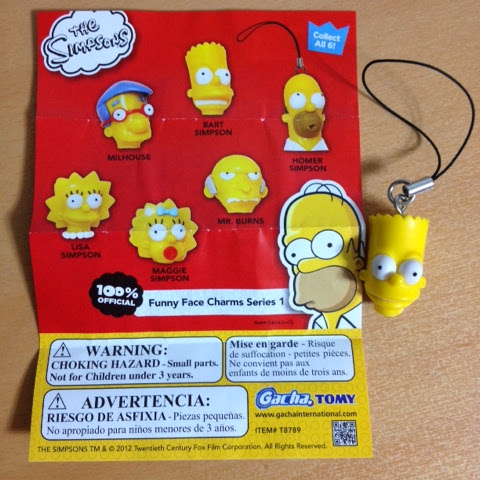 The Simpsons gachapon came with a paper (most gachagacha do) which shows the full set. I think I'd be happy with any of the Simpsons, though the Homer might be my favorite.

That's it for today's "haul" so stay tuned for something tomorrow!
at 3:00 AM

Labels: figurines, NOT a baseball card