The Seventh Part of Seven Bucks which Went a Long Way

I made gyoza (Japanese version of dumplings) Monday night, for the first time. They turned out pretty good despite not having any sauce to put on them. Usually, gyoza in Japan are dipped in a mixture of soy sauce, vinegar, and chili oil. And usually, people eat gyoza as a side dish to a bowl of ramen. But I just had the gyoza and some crackers and wasabi cheese dip. Good times.

So let's go on to the next pack of cards. 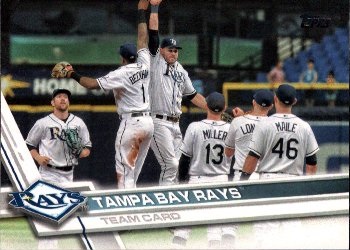 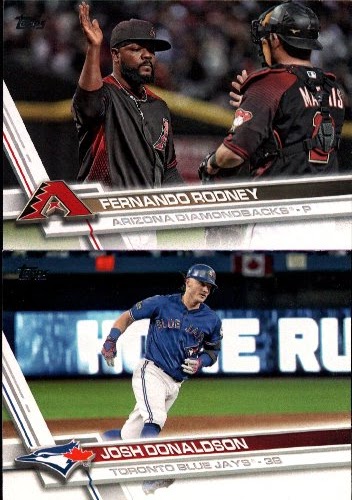 Lots of horizontal cards here. I can group them together better! I think there's a shirtless guy standing above Maile in the stands. 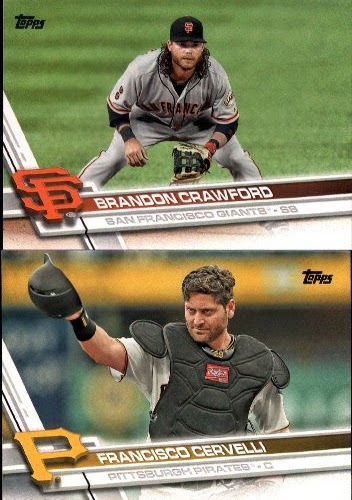 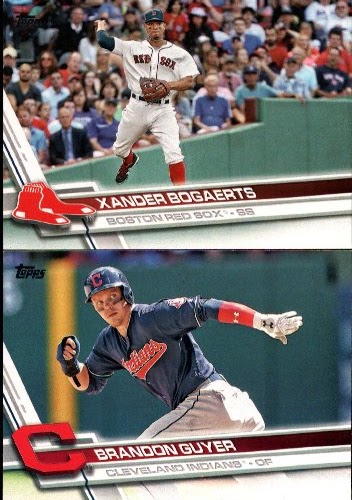 Of the above seven cards, I only need the two Brandons. Not the best start. 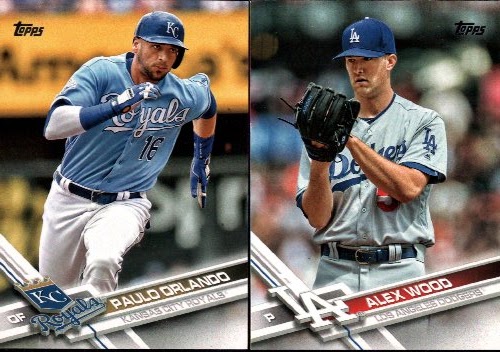 And for the four preceding cards, only Paulo Orlando heads to my collection. 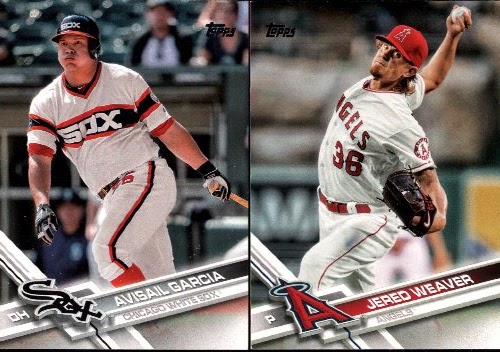 I don't need either of these cards, but I always enjoy throwback uniforms. 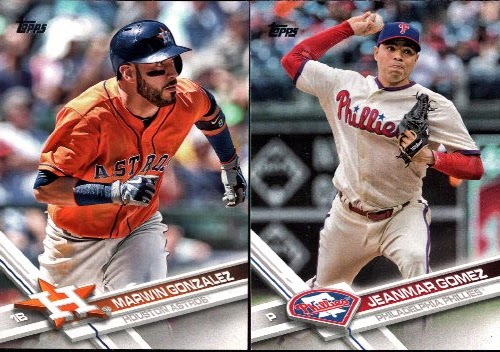 Gomez is a keeper. There really isn't much to say about 2017 Topps. 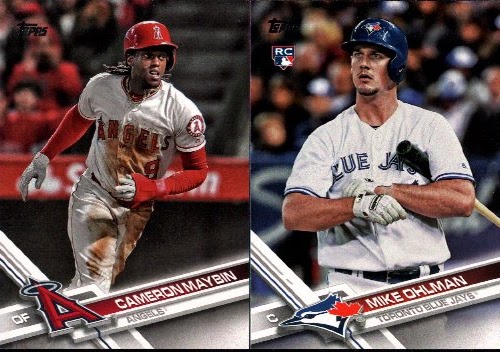 Two more from '17. And one last card for my collection: the Ohlman. 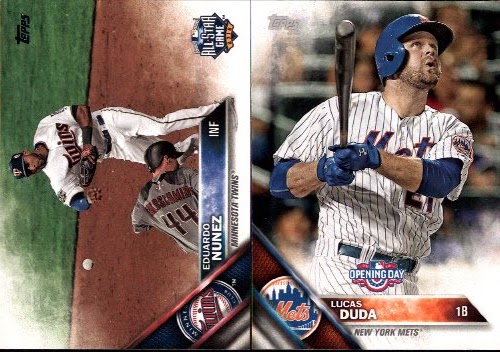 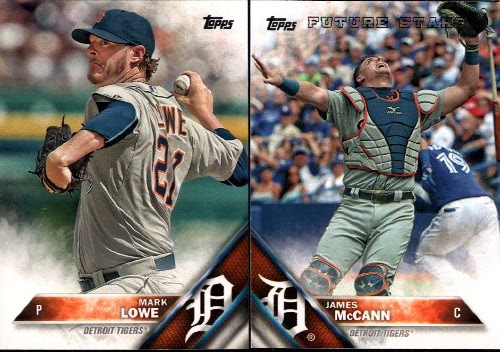 Two Tigers, with reversed card designs, side by side. This scan worked out well. And by a stroke of luck, I need both cards. 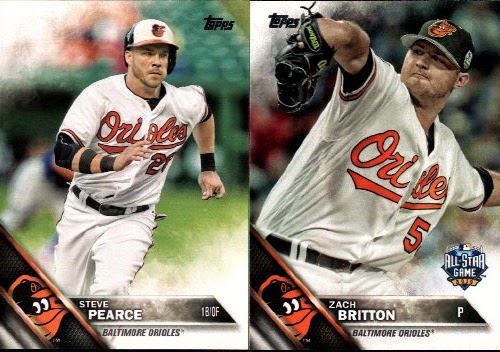 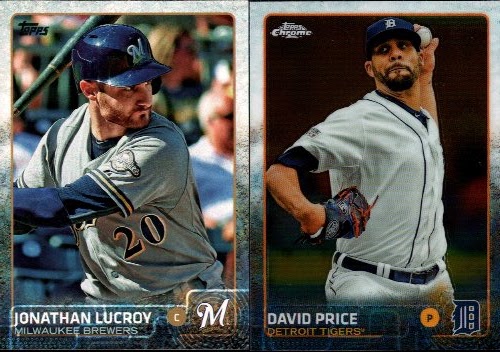 These two 2015 Topps cards: I don't need them. But hey, there's another Tiger. 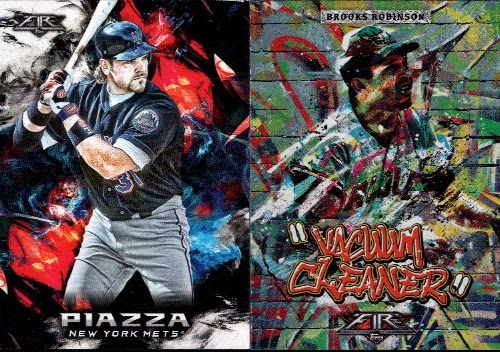 Mike Piazza and Brooks Robinson in Topps Fire. The Robinson card doesn't have a copyright date. I don't need these, but I'll hold on to them just in case. 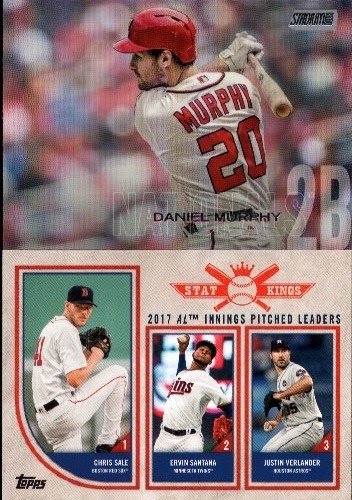 Let's go horizontal one more time. The Ryan Zimmerman card is a great shot. Unfortunately, the trend in this pack is cards I don't need. 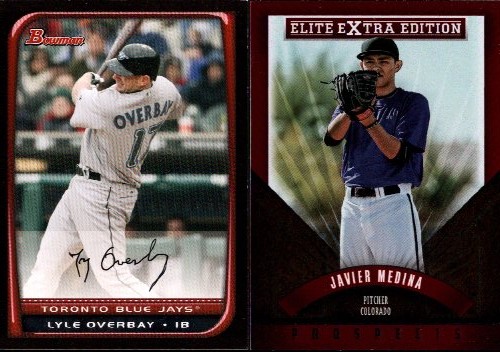 I do need the Lyle Overbay, but Javier Medina hasn't made it to the Majors. 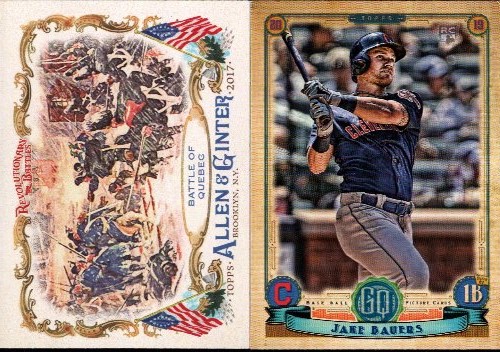 I always look forward to Allen & Ginter for the mix of non-baseball subjects, including the topical inserts. While I don't collect every insert set, I still enjoy finding good cards for my type collection. I already have a Revolutionary Battles card, but it's fun seeing other cards from the set.  Luckily, I do need the Bauers card. 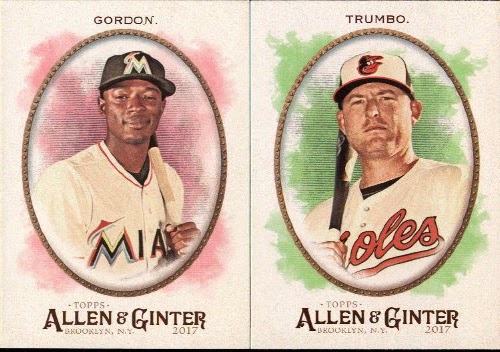 A couple regular A&Gs. I've already seen Gordon and Trumbo, and I need neither for my collection. 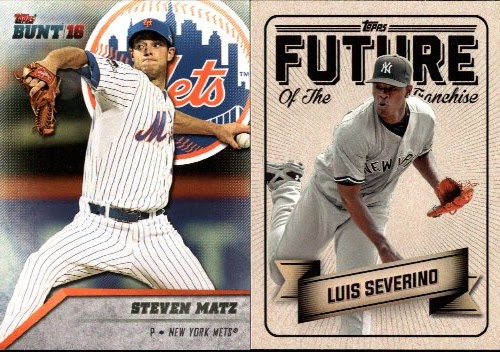 We'll finish this lackluster pack off with some Topps Bunt. I really dislike Topps using the name of their online card platform in a regular set. It made for a good bit of confusion and looking for the cards on eBay was challenging. I enjoyed the inserts and the low cost (it's nice to have more than one budget option, especially when that option is just a cheaper version of flagship); I just hated the name. I guess Bunt became Big League, which was a pretty nice set as well. Anyways, I need the Matz but not the Severino. 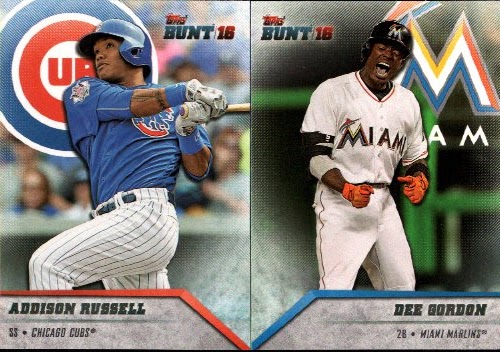 If I had scanned these two in opposite order, I think it would have looked like they were standing on a pedestal. Side by side, though, these two cards look decent. I like the photo of Dee Gordon, even though I don't need his card. I don't need the Addison Russell, either.
Well, that wraps up another pack. This one was really lackluster in my opinion. I managed to save 10 archives cards and one awards card, plus two keep-for-now retired players. Overall, though, there was nothing really exciting in this pack. Sure, there were a couple inserts, and I don't expect much out of these cards to begin with, but there just wasn't anything really standing out to me. Let's see what happens tomorrow.
at 10:00 AM