Here's the tenth level of hell. Or just the tenth pack in this big box of random cards. Yesterday's pack had a lot of great stuff, but will this one follow up with a decent offering? 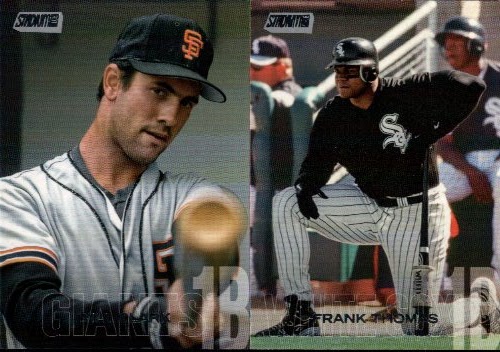 Two great photos in Stadium Club. I don't need either card, though. I will save these two in case I can use them later. 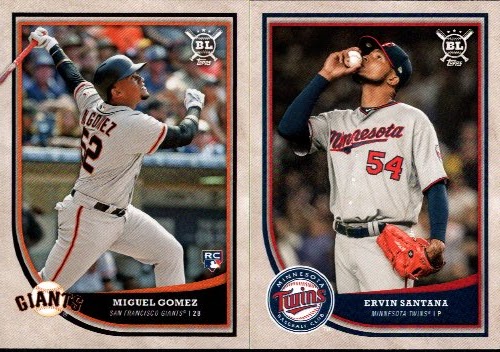 Miguel Gomez is a RC that I need, but I have enough Ervin Santana. 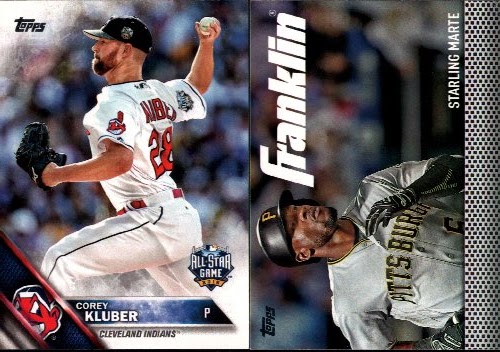 Corey Kluber and Starling Marte are good, but I don't need these cards either. 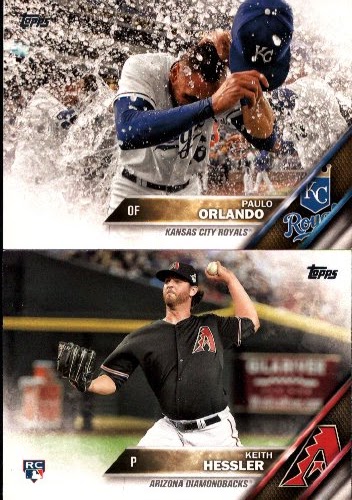 The Paulo Orlando card has a great shot which unfortunately usually end up as SPs. I'm glad this isn't an SP!  I don't need it, but I'll keep it for now. I definitely need the Keith Hessler card. 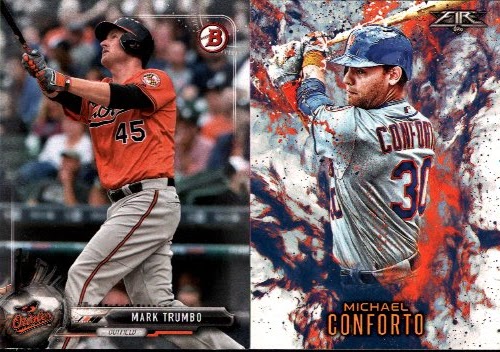 Here are two more strikeouts. The Mark Trumbo has a nice photo, though. 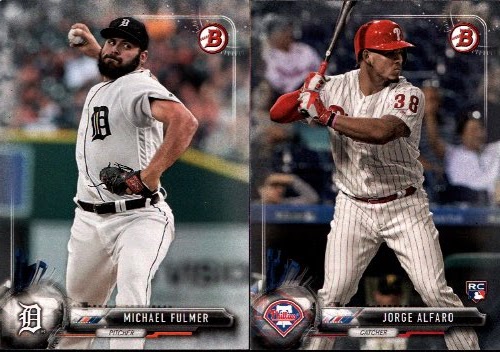 And I don't need Michael Fulmer or Jorge Alfaro. 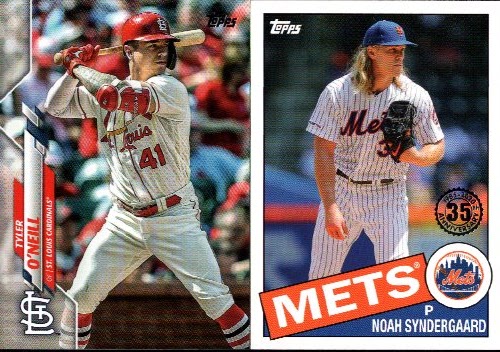 Tyler O'Neill is a new addition to my collection, but Syndergaard's 1985 throwback isn't. 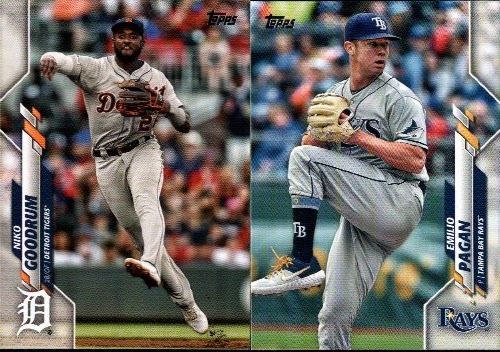 I got a Niko Goodrum card before, but this is my first Emilio Pagan, so that one is a keeper. 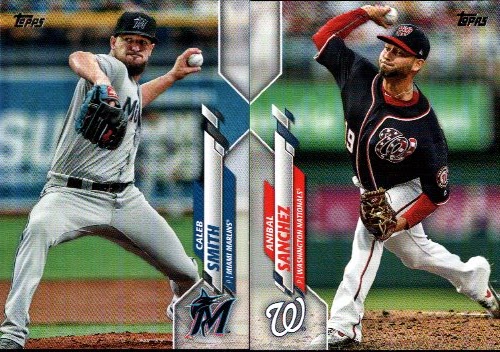 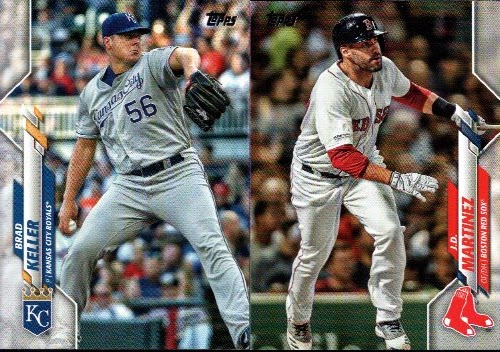 Two more cards I don't need. So many cards of pitchers in the middle of their delivery, and batters batting. There really isn't much to talk about here. 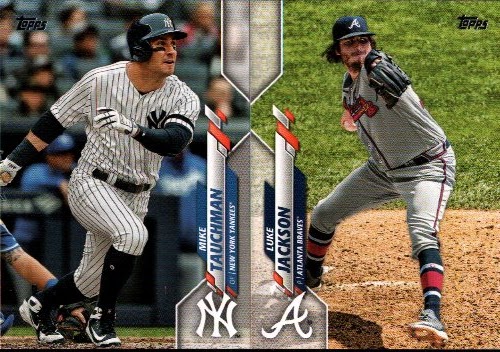 I need the Tauchmann, at least. But not the Jackson. 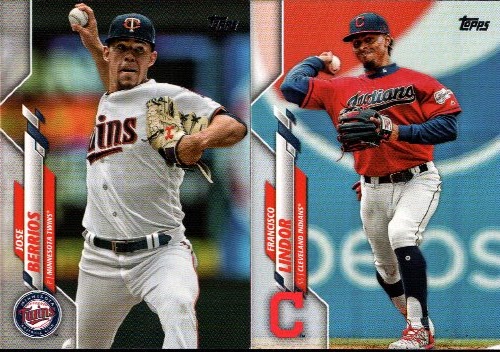 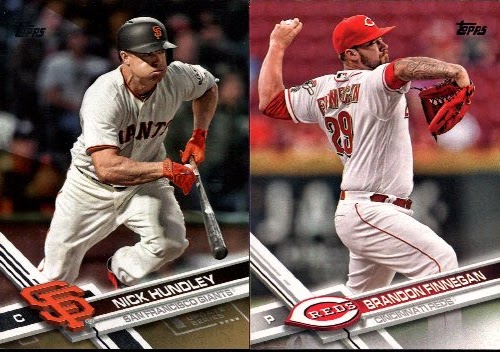 Nick Hundley is a gold card and I need it! But Brandon Finnegan gets added to the growing discard pile. 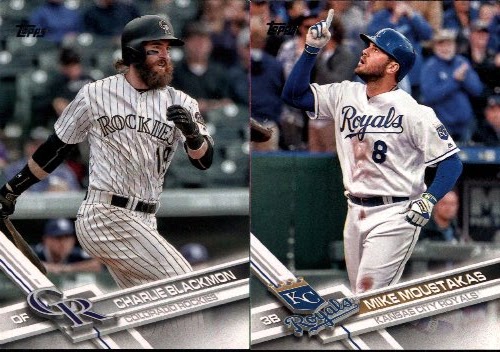 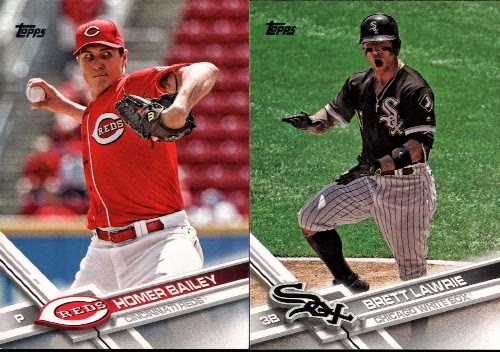 Homer. He was born before the Simpsons were a thing, but I bet he had it really bad in school. I like the Brett Lawrie card, plus I need it! 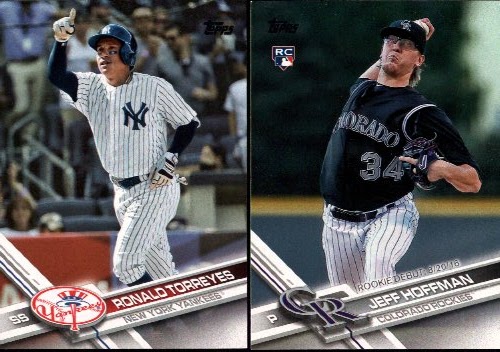 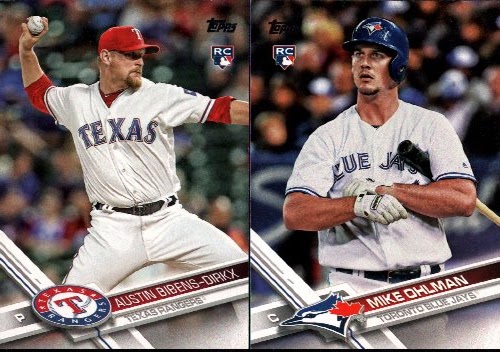 Austin Bibens-Dirkx has one of the longest last names I've seen on a card. And his card has a space in my collection. Ohlman will disappear. 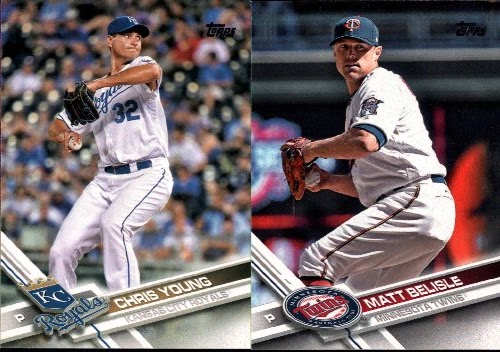 Chris Young played for 13 years, but I haven't come across his card until now, so he's a keeper. Matt Belisle is already represented. 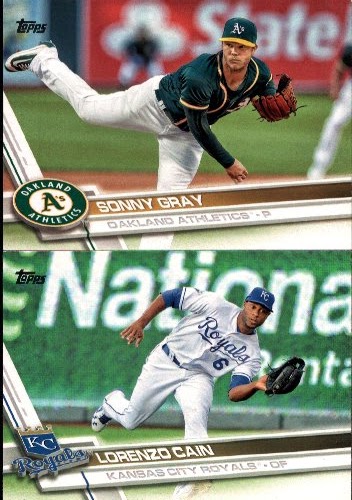 At first glance, both players have the same pose. But then you see that Sonny Gray is pitching and Lorenzo Cain is catching. Too bad I don't need these two either. 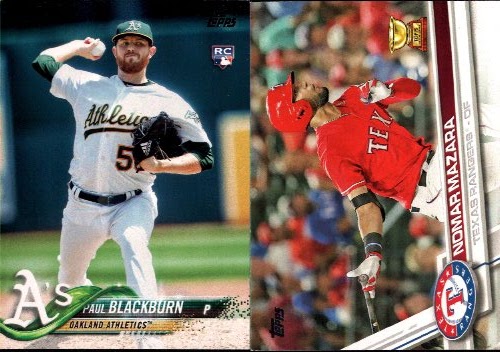 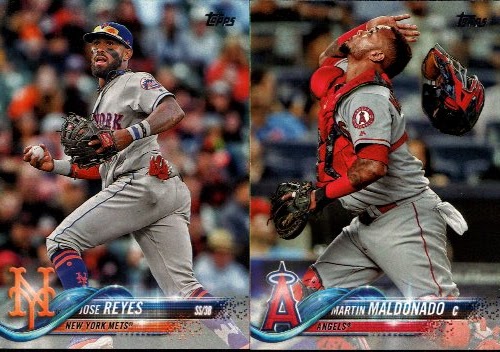 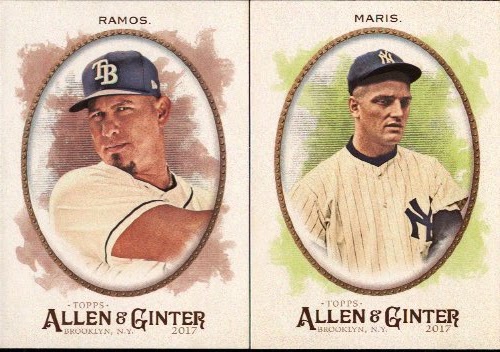 Two more cards I don't need. Roger Maris might be useful, so I'll put him aside for now, too.

Well, that happened. A few interesting photos, a lot of flagship Topps, and a bunch of cards I don't need. In the end, eleven cards were added to my collection, which isn't as bad as I thought. And four other cards might be useful. But flagship Topps is thin card stock, so there were 29 additional cards that I can't fit in my collections.

There are two more packs remaining, including the big "hit" pack. What's coming up? Well, I'm guessing there'll be a lot more flagship Topps. Find out next time!