What a beautiful day we had today. It was literally freezing - it never got above 0 degrees - and I basically stayed in all day. A quick vacuum, a bit of straightening up, and a couple loads of laundry were about it for me. I even slept in, getting an extra hour and a half of shut-eye. I did go out for a short walk in the evening, strolling over to the strip mall area to get a drink and then back the other way to the small park a couple blocks behind my apartment.

It's nice to just relax and have a do-nothing day, especially since doing almost anything here requires a good bit of walking in very cold weather. And so it was that I watched an entire season of South Park. But now, it's card time. What is in this, the fourth of twelve random packs of cards? Let's have a look-see, shall we? 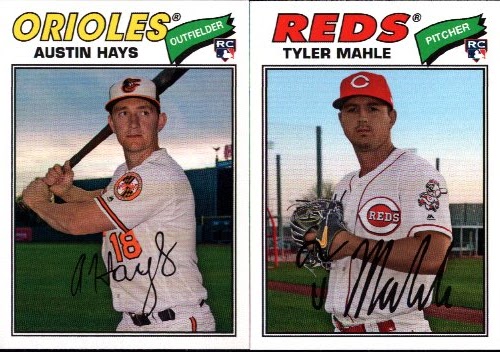 Two Topps Archives cards. Hays and Mahle both debuted in 2017, and both are needed in my collection! A great start! Are these rejected photos from Heritage? 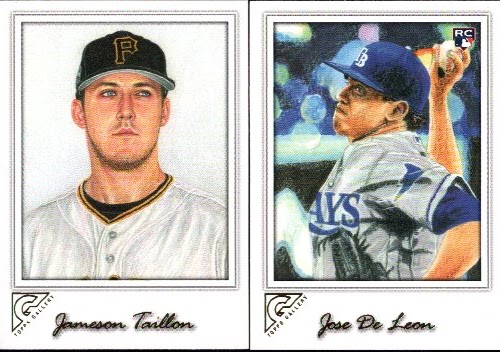 Two nice Gallery cards, but unfortunately I need neither. 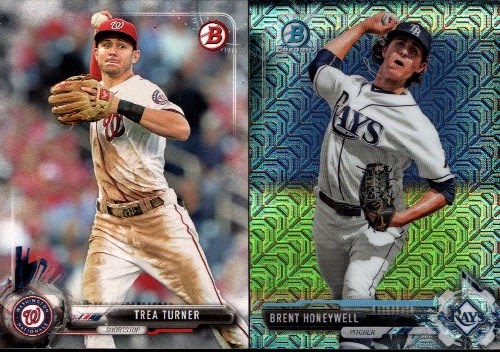 Trea Turner has become a pretty good player - he was named to the second All-MLB team in 2021, and hit for the cycle last year as well. Brent Honeywell got his MLB debut in '21, so if he's the next Scherzer or Kershaw I might be rich. I doubt it... but both cards are needed! 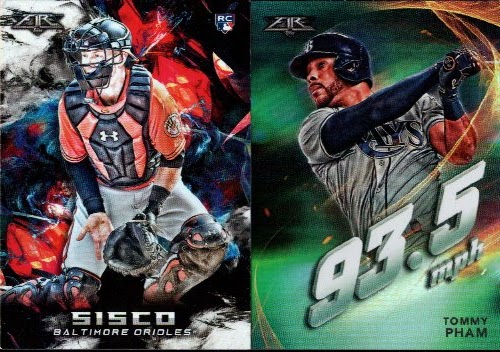 What are your thoughts on Fire? Sisco is almost invisible with his firey background. But I need both of these cards! 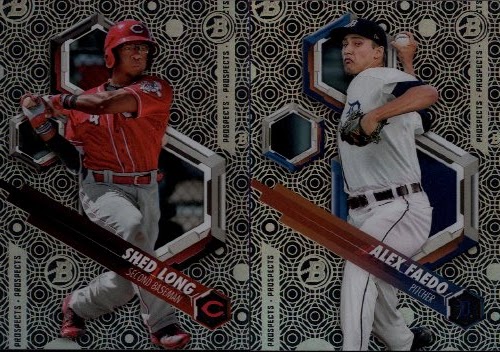 I enjoy Tek. It's a really unique set - different card stock, and variations based on design instead of color or photos.But I don't need either card. These Bowman Tek cards feature prospects; Long had his debut but I already have a card for him, and Faedo has not set foot on the mound in a Major League game. 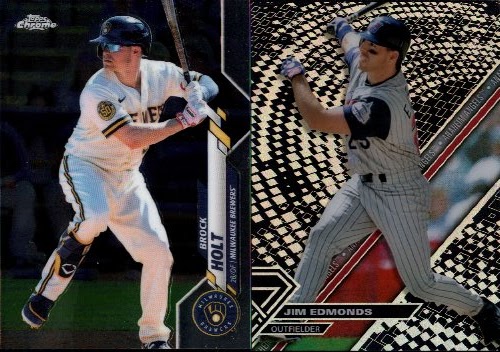 Brock Holt. What a name. I need his card for my collection, though. On the other hand, Jim Edmonds is not needed in my collection, so he goes in the reject pile, unfortunately. 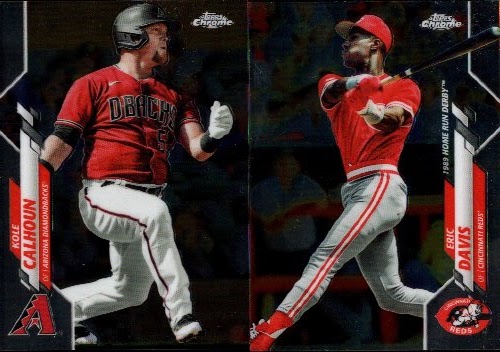 A couple red-shirted batters. Calhoun is needed. I need a lot of players who made their debut in the past dozen years or so. Eric Davis, on the other hand, is retro, and I already have all the cards I need of him. 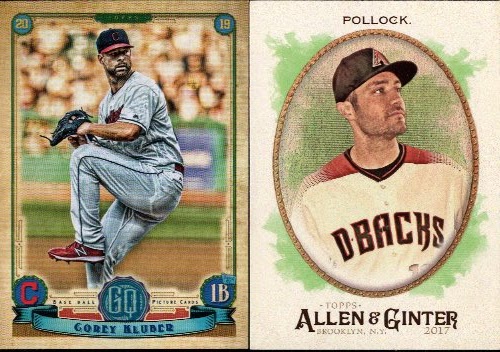 I don't know why, but I like Kluber. Perhaps I'll look for something nice of his. I don't need this card, but AJ Pollock heads to my collection. It's one of those foil hot box parallels, not that it made a difference to me... other than it's nice. 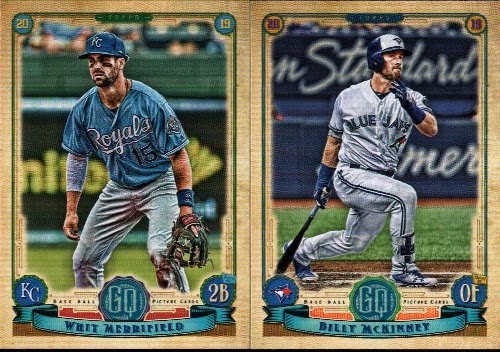 Both of these cards are needed! 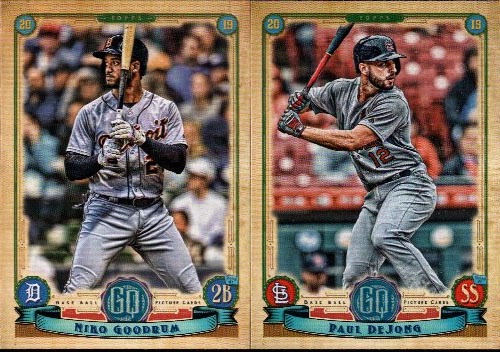 Really, nothing special to say about Gypsy Queen right now. I need the DeJong, but not the Goodrum. I could use some good rum, though. Or perhaps just a bottle of Bailey's or plum liquor. 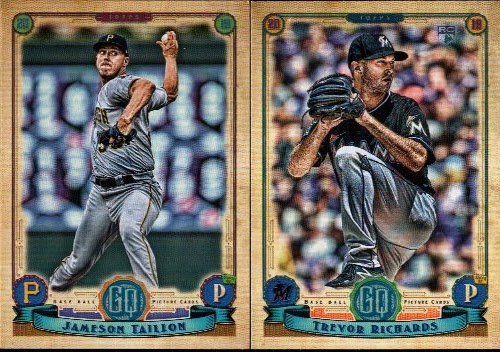 I don't need Taillon, but I need Richards. 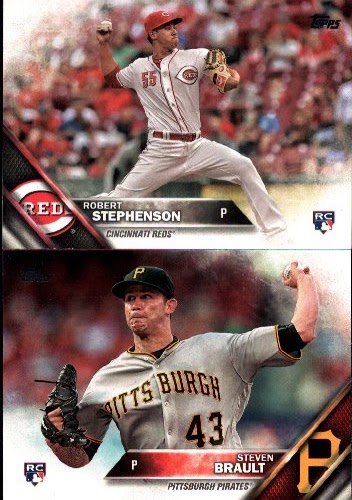 Vertical scan! Bring on the RCs. These two 2016 RCs are needed. 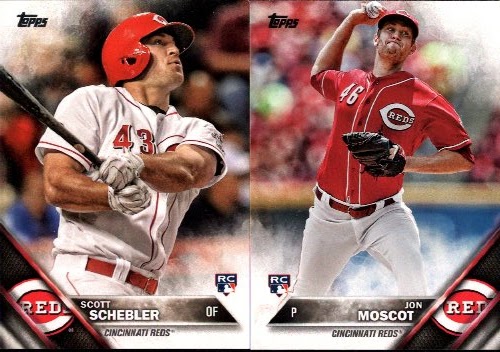 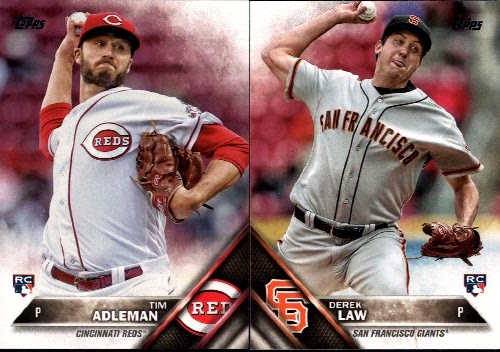 And another two needed rookies! 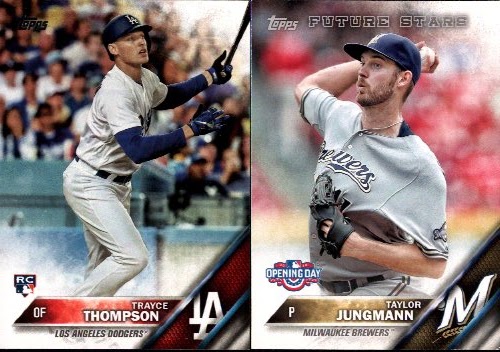 And two more two-for-two! The Jungmann is an Opening Day card, so whatever. 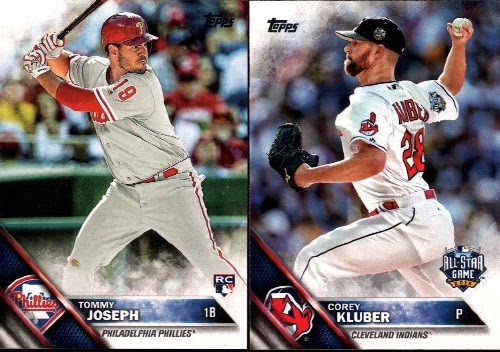 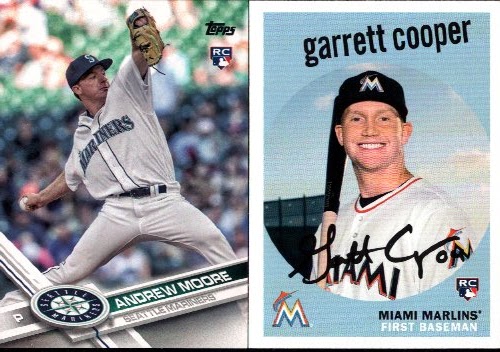 Let's change years, but stick with rookies. Because there are a lot of rookies in these packs. And I need both of these cards. 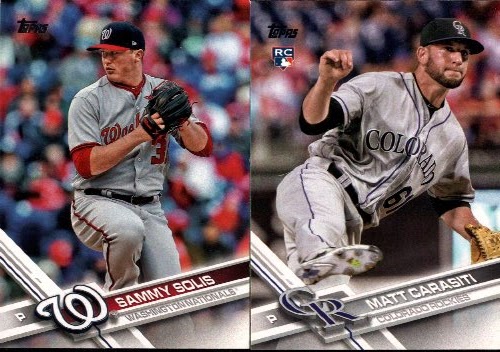 I need the Solis, but I have a Carasiti card already. 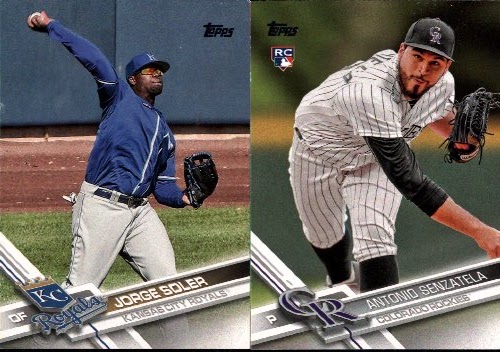 And two more 2017s. Jorge Soler was the 2021 World Series MVP! I'll be keeping this card. Senzatela is still a starter for the Rockies, but I don't need his card. 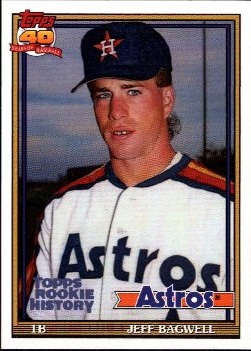 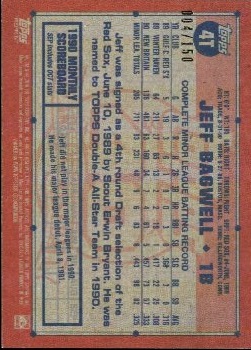 The highlight of this pack is this Topps Rookie History card of Jeff Bagwell. It comes from 2018 Topps Archives, and this copy is numbered 004/150. Ooh! The serial number is the same as the card number! eBay 1/1! Being numbered out of 150, this is the purple parallel. The purple foil is barely purple, but it is purple. And I need it - the first type collection card from this box of cards.

We finished on a high note this time, and did really well overall in this pack! Only 12 cards didn't make the cut, with one card for the type collection, one for the awards, and a whopping 24 cards headed to my archives collection.