This is a long intro. Just scroll down to the first picture if you want the TLDR card haul.

I'm back again after quite a while! Did you miss me? Of course not. You have lives beyond my blog. At least, I hope you do. Otherwise, what have you been doing for the past month? What a sad life that would be, just endlessly refreshing my blog hoping to see the newest post, day in and day out, never bathing or seeing sunlight. I wouldn't wish that on anyone.

But as always, I haven't just been sitting around myself, either. I've had a good bit of luck finding cards online in the past month, so I will (hopefully) get around to sharing many of them with you.

First thing's first, though it's not the first thing I received in January. In fact, these came over the weekend. Someone here in Japan listed four small boxes of random cards for about $7 each. There were pictures of about a dozen of the cards that could be found in each box: two boxes had NPB cards, seemingly all from BBM. The other two showed MLB cards. Both of the NPB boxes had already sold, as had one of the MLB boxes. But the unsold box flashed two cards which, right off the bat, would make this a worthwhile purchase for me. And there were some other appealing cards as well!

So I paid my $7 and waited just a day or two (Japan Post is amazing) before the box showed up. When I said "small box" before, it was about the size of one of those Disney clamshell VHS boxes. Am I dating myself here? There were twelve bags, each with about 35 cards. I'll do the math for you. That's about 400 cards for $7.

"Okay," you say to me, "how much 1989 Topps did you get?" Well, the answer is one card. Most of the stuff is from the past few years, though a lot of it is base flagship Topps and Bowman. There are some inserts, a couple parallels, and a couple nice cards in the final bag.

I've already flipped through the twelve bags. In each bag, I sorted the card by set and then scanned the cards, mostly in pairs. Then I put the stacks aside, and as I write this post, we'll see how many cards fit somewhere into my collection.

Oh. Wait a second. I have to rotate the scans. There we go... Now to upload. And they're in reverse scanning order. I guess it doesn't matter, eh? 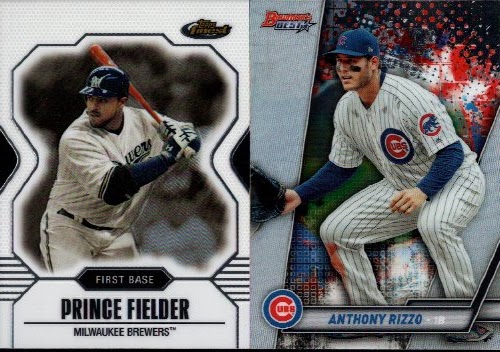 Two decent stars, but two cards I don't need. Why does Bowman's Best always look so good? Especially the refractors, so much better than Topps Chrome. Finest also looks pretty good a lot of the time. Not here, though 2007 Finest isn't the worst design. But I digress. I like Rizzo; I've thought about doing a mini player collection for him. And on to the next pair. 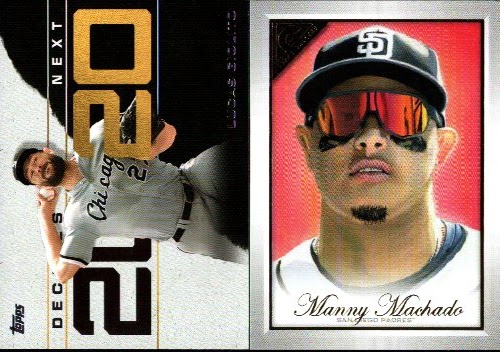 Lucas Giolito has yet to become a household name. Machado is pretty well-known, but I can't stnad his crybaby, selfish attitude. I do love me some Topps Gallery, though. I don't need either of these. 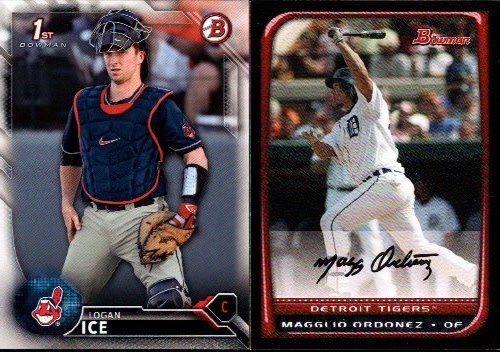 Vanilla Ice has not reached the Majors. And never will - he retired in early 2020. Magglio Ordonez did much better, retiring with a career .309 average. Two more cards for the scrap pile. 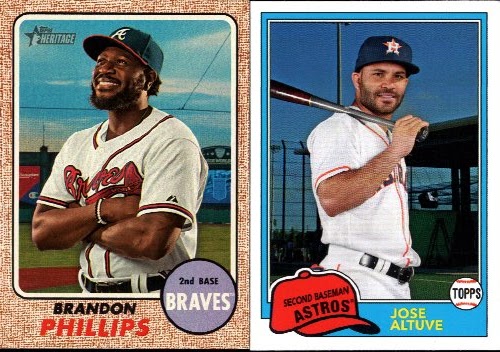 Brandon Phillips as a Brave! I saw him play with the Reds when they would come to Atlanta. I always enjoyed watching BP, seeing him practice turning double plays. And say what you will about the Astros (I don't care about the team), Altuve wasn't a cheater, and I've been a fan of his since his minor league days. 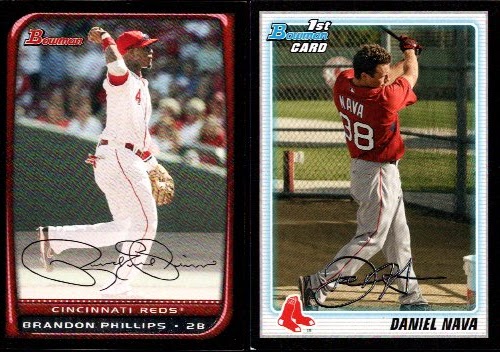 It's nice to see Brandon Phillips on the field, having fun. And this card of Daniel Nava will fit into my Archives collection! Finally, a card I really need! 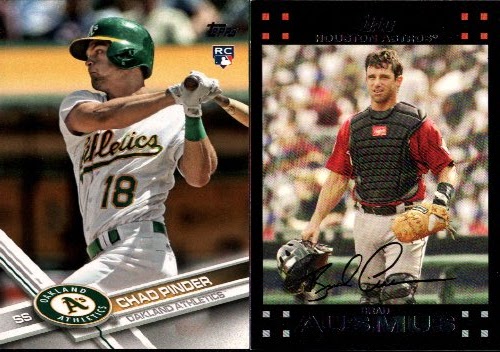 Two Topps designs I've never really liked. The 2017 Topps layout might have been better with a different font, or even if the italics leaned the opposite direction. Ten years prior, 2007's design used silver foil on a black background, which can be really hard to read, as you can see in these scans. Two more strikes. 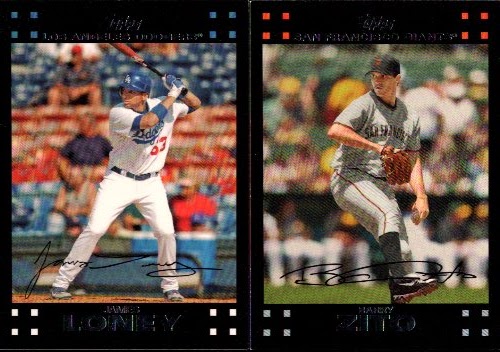 I saw James Loney play for the Dodgers in 2011, so his card has a home! Zito 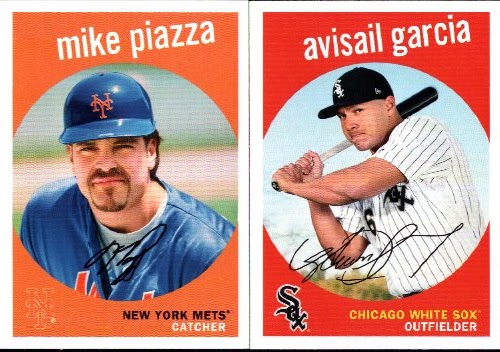 Ahh, 1959 Topps rip off. As much as I enjoy Topps Heritage, I don't really enjoy Topps Heritage too much. (Figure that one out.) But what's really worse, in my opinion, is Topps Archives. Because Heritage already exists. I'm not the first one to make this complaint, but it still bothers me to this day. It has some merits, but this post is already long enough... Piazza wasn't half bad, but I don't need any cards of him. Garcia's Topps Archives card, on the other hand, is welcome in my Archives. 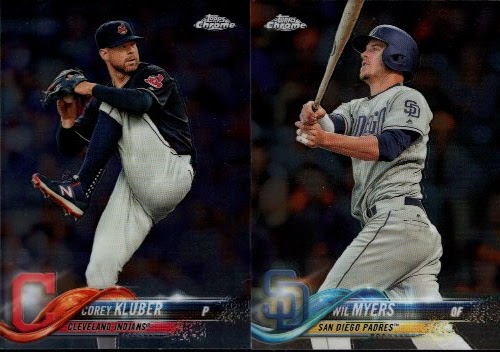 Chrome doesn't scan well. Corey Kluber pitched a no-hitter last year, so he's off to that collection. Wil Myers didn't do anything last year, so I don't need him. 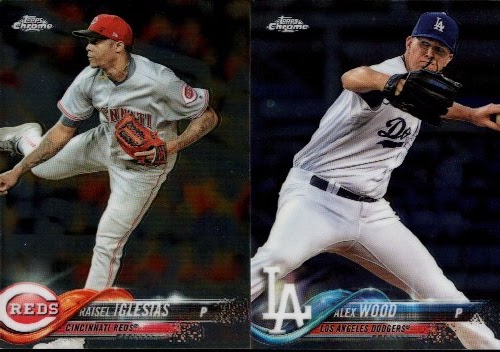 Who? Despite having some good stats under their belt, I don't recall these pitchers at all. Iglesias was a pretty successful relief pitcher in Cincinnati, and Wood had a great 2017 season. Don't need either of these guys, however. 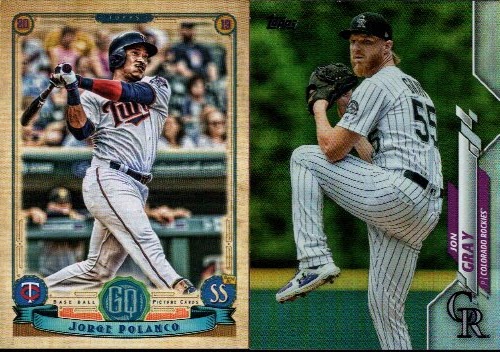 Woah, I'm getting sleepy. I discussed last year the fact that Gypsy Queen should probably be retired. Eleven years ago, it had a beautiful design with some interesting insert sets. Now, the design is still appealing, but the set itself is quite stale. Polanco is off to the Archives. Gray isn't. If you can't tell, this is a Rainbow Foil parallel. Gray's card back says "He's aware of what's happening around him." I guess that means he's off the drugs? "He's doing a much better job of maintaining composure." Perhaps the road rage is finally under control. 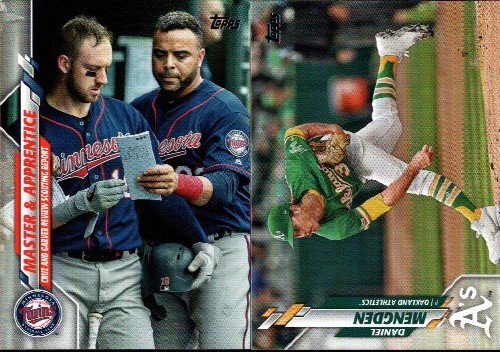 I enjoy combination cards, especially if the image is interesting. I guess looking at a scouting report is fairly unique for a card. Mengden is sideways. But I need him for the Archives. 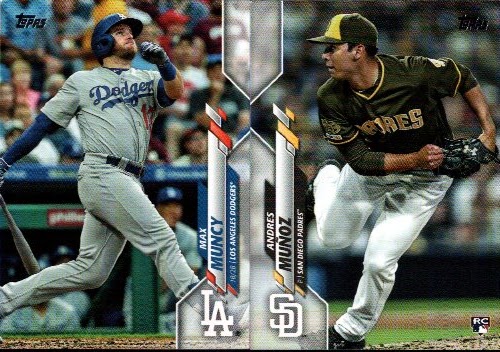 More 2020 Topps. Max Muncy and Andres Munoz both fill spots in the Archives. 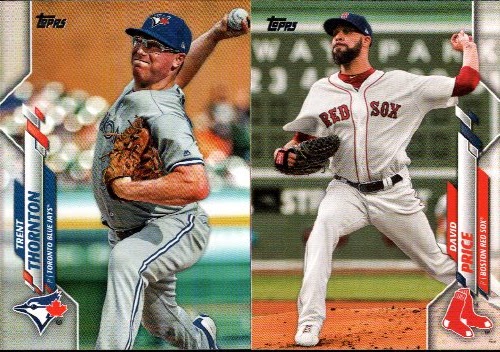 There's gonna be a lot of 2020 Topps. Thornton was a rookie in 2019, so unsurprisingly, he is another needed card. David Prize has been playing for over a dozen years now. Can you believe it? 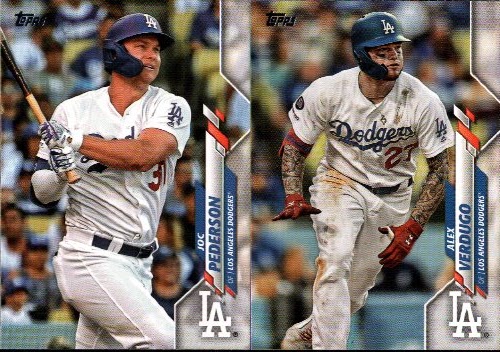 I have a Joc. Now if only I had a Ner. The other Dodger is needed! Welcome, Verdugo. 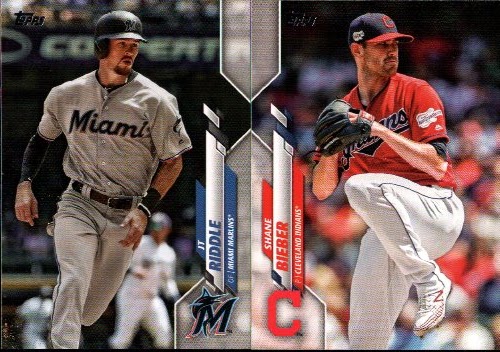 Riddle me this, riddle me that. Who's araid of the big black bat? I need both of these! Somehow, I never got a Justin Shane Bieber card. 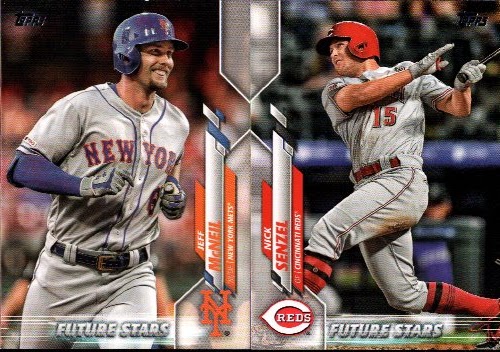 How did these Future Stars turn out? Someone let me know in a few years. Meanwhile, I don't need Nick, but I do need Jeff. 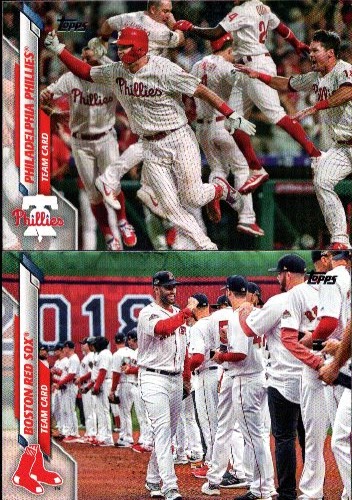 Okay, last of the 2020 Topps. Two horizontal team cards. The Phillies celebration is pretty cool, but the backs don't give any detail on the photos. I get that the card reviews the season as a whole, but both backs have enough white space that a small blurb would fit near the top. 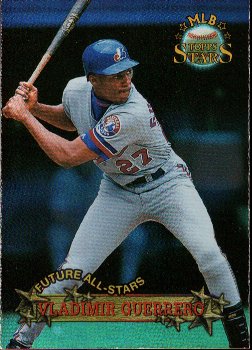 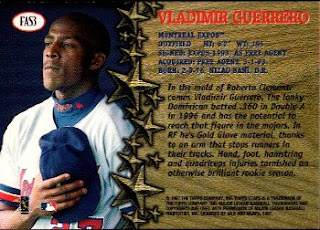 Okay, one last card to finish this off. What you see is a 1997 Topps Stars Future All-Stars insert of Vladimir Guerrero. While I don't need this card, I think it's the best card in this pack. A great player in a defunct team's uniform, with that weird logo prominently featured on his helmet. And a flattering-turned-critical blurb about his prospects.

Well, that's one pack down, and it's basically 2 AM. I gotta get to sleep. What did you think of this pack? There are 11 more to share! I did pretty good here, needing 13 cards. I also pulled out the Altuve, Phillips Braves card, and the Guerrero. I might do something else with those sometime.