So Close to Another Set!

In 2000, BBM issued a nearly-500 card set featuring the best players at each position over the 20th century. The set was given the creative name of Century's Best Nine. This set actually featured the 120 players nominated for the award, while a 2001 insert set featured the nine winners. 120 players, but 480 cards? Do the math and you'll see that each player gets four cards in the set. Hunting down all of those cards in a limited set featuring (arguably) the 120 best players to ever play in NPB (through 1999, at least) hasn't been easy. I have found several more cards needed to get this set done, and some of them are names you might recognize: 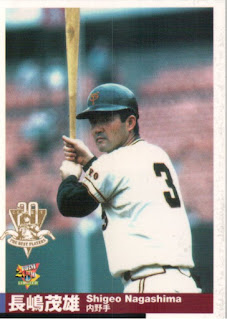 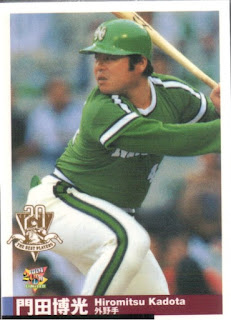 You probably don't know Kadota, but if you consider yourself a baseball fan, you should know who Shigeo Nagashima is. 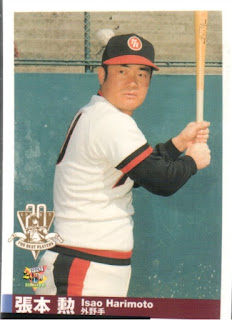 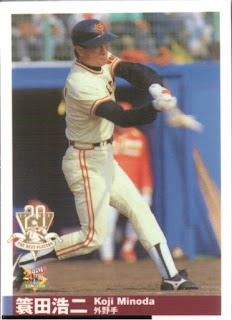 Two more names you might not know. There are so many Giants in this set, so I'll instead point you in the direction of the logo on Harimoto's cap. And Harimoto is the only player to get 3000 hits in the NPB. 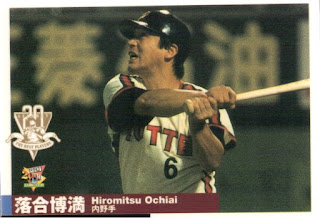 Another huge name. Ochiai is a member of the very-small 500 home run club. And he got a couple Triple Crowns here. So, I'm glad to knock this one off the list. 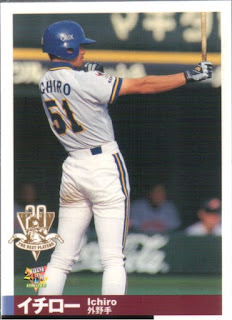 And then there's Ichiro. Because Ichiro. Luckily, his pictures ended up in the set. A couple other players didn't give permission and those are quite uninteresting cards.
What's left? Do you remember yesterday's post with Yutaka Fukumoto, and the signed Braves hat? Well, coincidentally, his card (#345) is all that's left to finish off this set. It's not a key card, but for some reason it's proven to be quite elusive.
at 6:00 AM