Yesterday, I shared my recent 1995 BBM finds. The other major Japanese set I'm working on is the 1996 BBM set. It, too, has several short-printed subsets in the regular series and a high-number update series for one team. I haven't been focusing as much on this set as I have the 1995 series, so I am further behind, but I did finish off the regular cards for the regular set with these three: 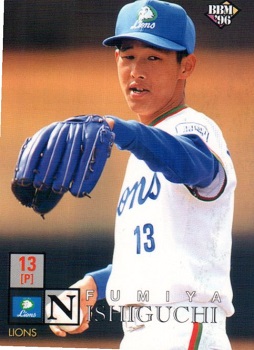 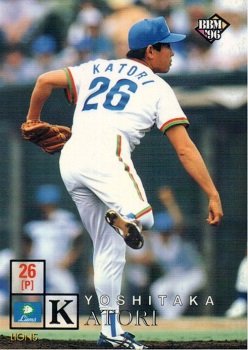 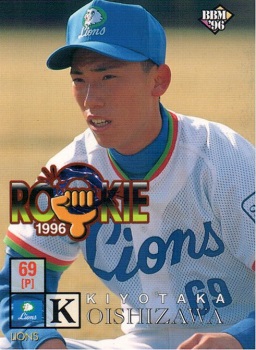 I'm not sure why the Lions were so hard to find for 1996. Perhaps it's just luck. Nishiguchi was the PL MVP in his career year of 1997, though he put up good numbers throughout his 21 year career. He's now a pitching coach for the Lions. Katori played for the Giants and Lions for about 19 years and posted good numbers, and now works with the Japan National Team. Koishizawa apparently only saw action with the top team in 1998. While Nishiguchi and Katori had long playing careers and are still active in the NPB, there are other big names that you would think would be tougher to find.

Speaking of tougher to find, with these three cards scratched off the list, all that's left are short prints. I still need two Dragons cards from the regular series and four Record Breaker subset cards. And from the high series Dragons cards, I'm still missing twenty cards! Maybe I'll have some luck card hunting later this year.