Sean over at Getting Back into Baseball Cards... in Japan recently discussed his thoughts on the ideal card collection size. As he mentions, Japan is a small country, with small houses. His thought connects to a Persian army unit known as the Immortals: a group of 10,000 soldiers which was supposedly Persia's best. Any time a soldier left the army due to death, injury, or illness, he was replaced immediately from another unit, maintaining that unit's strength. And, apparently, the unit was comprised of Persia's 10,000 best soldiers.

So, Sean figured that for him, a collection of 10,000 cards might be the ideal target. Big enough not to cramp his style, but manageable enough to fit in a small space - he says two monster boxes, though I'm sure with sleeves and given the thickness of some older cards, it might be three 3200-count monster boxes, or even three 5000-count boxes.

But what if I had my own Immortal 10,000 cards - across all of my collections, across an ocean and a continent? 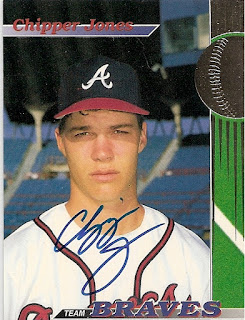 My player collections come to a bit over 1000 cards. The majority is actually just Jose Altuve, followed by Buck Farmer, Charlie Hough, and Bobby Cox. The other players are very minimal collections.

Add another 1000 cards for my random singles. Many are from outside baseball or even sports in general. That includes some regular base or insert singles along with my autograph and relic cards. 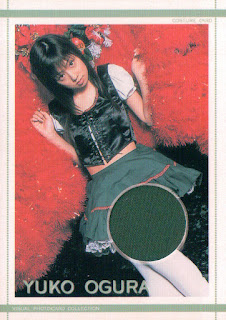 Next would be Japanese singles, which when push comes to shove would probably be about 1000. And 1000 more cards for my two player collections (actually just over 600 now, but that gives me room to grow). Plus another 1000 cards for some specific Japanese sets I'm pretty sure I'd want to keep.

There's still another 5000 cards to go. The only thing I would probably keep to fill that up is the awards collection I put together. That is a lot of cards, and I might not be able to keep both the Japanese and US collections.

Honestly, keeping the awards collection just to have 10,000 cards might be a silly idea; I'd probably just go with everything else above and expand on some of those as I see fit. 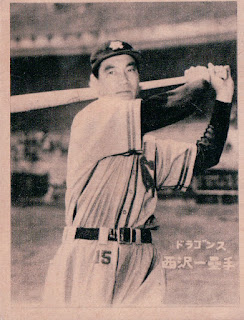 So, what would I be giving up? My type collections (the hardest things to let go, but both are quite large), a couple very large singles collections, and almost all of my sets. I would be getting rid of many, many more cards than I'd end up keeping.

The funny thing is this: cards do take up space, but that's not my biggest (literally) problem. I have many other souvenirs from my travels and knickknacks for baseball and entertainment. If I needed space, those would probably be the first things I'd work through. In fact, I did that a couple years ago, and I'm planning to do it again this spring!