So many bad puns, so little post titles. More thick cards from the card show today. 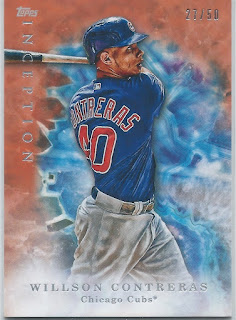 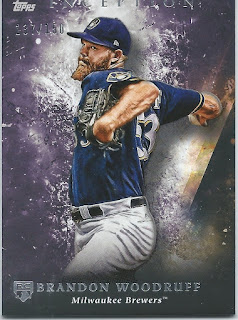 I'm not sure why my scanner decided to chop the top of the image off, but these two parallels from Topps Inception utilize the Official Panini Diamond Kings Artification Filter to make the photos look... arty. Honestly, I don't like the over-HDRization of images. 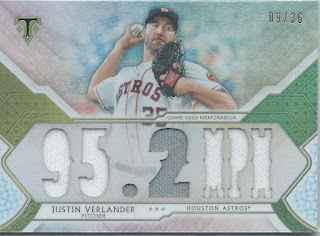 Here's a card from Triple Threads. It features three pieces of jersey, which is obvious because the middle one is a different color. Some would have you believe this is a 7-piece relic card. But it ain't. It's numbered out of 36. 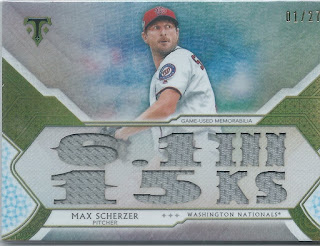 Here's another card from the same year of Triple Threads. It may only have one giant piece of jersey inside, though the angle of the mesh indicates there are probably three separate pieces... which almost certainly came from the same jersey anyway. This card is numbered out of 27, and as such is a parallel. How else do I know it's a parallel? Seriously, I can't tell the difference beyond the serial number. 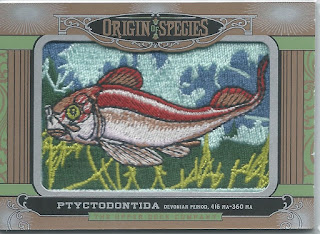 Speaking of animals, this manupatch is pretty cool... 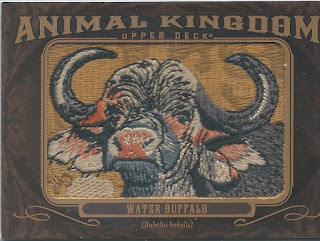 But I think the water buffalo is cooler. All of the cards in this post have been funneled into my type collection but these patches might do well on display somewhere. I'd love a complete set of either of these series, but that's beyond my budget, and do I really need another impossible set to collect?

Since today is Groundhog Day, I guess it makes sense that today is the day I post these scans.
So let's close out this post with the thought that I might chase after a Max Scherzer autograph, inspired by this purchase.