The Hokkaido Nippon Ham Fighters annual team set was released by BBM almost one month ago in the standard six cards per 400-yen (about $4) pack. 20 packs come per box. If you're familiar with BBM's team sets, you won't find anything new here. 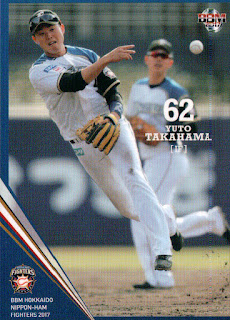 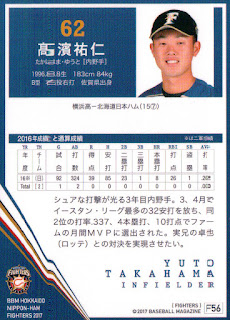 All of BBM's team sets this year are 81 cards. The regular Fighters cards are #1-69. My scanner messed up the back scan; the design copies the front. 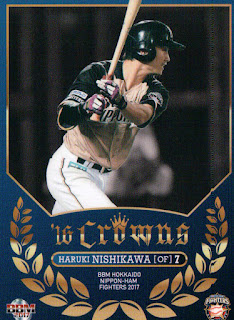 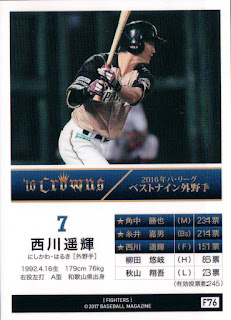 The first subset is '16 Crowns. There are seven cards in this set which feature award winners - Nishikawa above was a Best Nine player in the outfield. I like the vote total on the back. 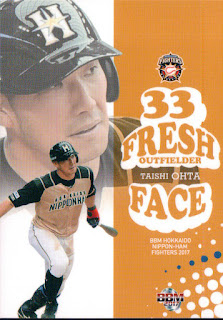 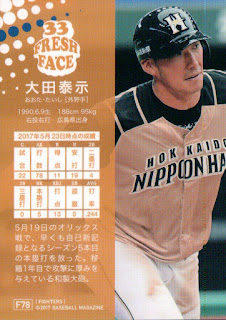 Two Fresh Face cards come next. Stats are included for the first 6-7 weeks of the season, meaning the cards were finalized about one month before their release date. 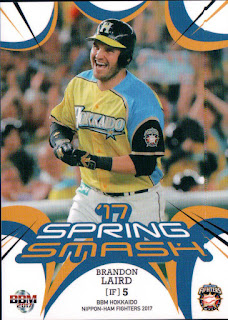 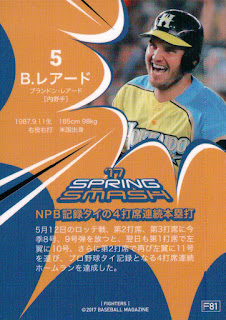 Finally, '17 Spring Smash rounds out the final three cards in the checklist.

Eighteen of the regular cards have parallels with gold foil signatures on the fronts; those parallels are serial numbered out of 100. 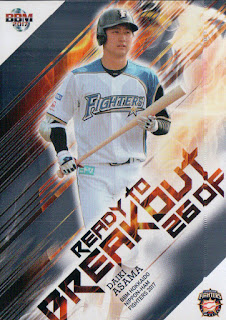 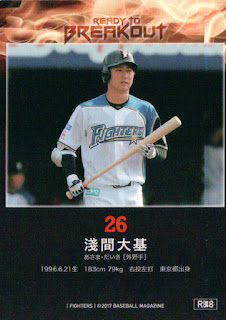 Moving on to the inserts, the Fighters offerings are simple. Ready to Breakout is a nine card insert of... who knows. There's nothing that tells you why the players were selected or what the name means. 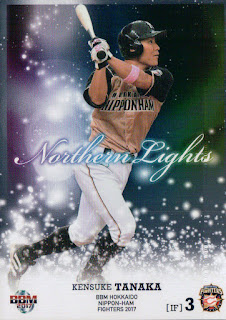 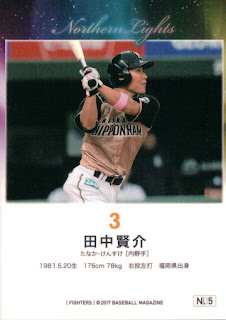 Northern Lights is a nine card insert set of... who knows. Yup, no idea. At least this set is a nod to the team's location in the northernmost prefecture of Japan.

Both Northern Lights and Ready to Breakout have parallels: a gold version #/100, holofoil #/75, and gold holofoil #/50.

Phantom continues in the Fighters set, a #/25 insert found in all of the team sets this year.