It's time to run through a few more scans, including a true odd-ball! 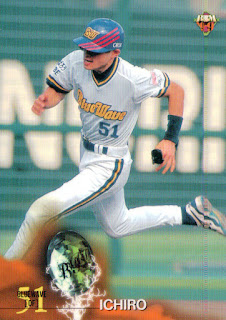 Let's start with this 1999 Ichiro card. His Japanese cards are unbelievably valuable for 1990s cards. I do hope to get a full run of his flagship regular cards eventually. The RC will be tough! 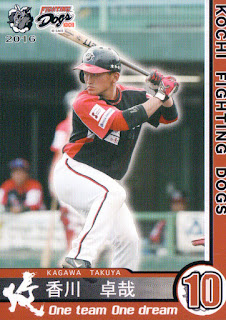 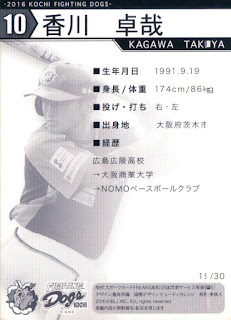 Now for that oddball. The Kochi Fighting Dogs are a part of the Shikoku Island League, an independent league that plays on the island of Shikoku (surprise, surprise). There are four teams, one in each prefecture found on the large island. The Fighting Dogs signed Manny Ramirez to a contract this year, and I'll be seeing them play at least once next month during my vacation! The card above is from their 2016 team set. They have a 2017 set as well, which I might pick up for myself. 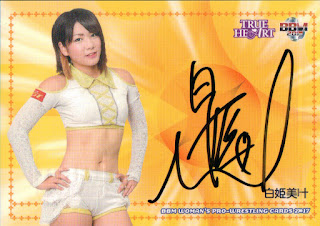 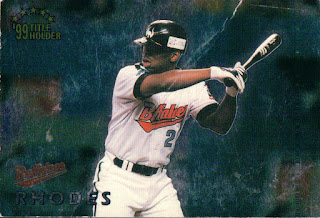 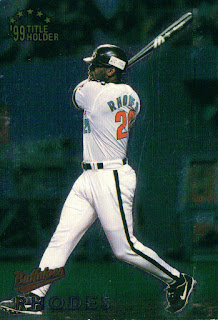 Cue "Hangin' Tough" (yes, that's a New Kids on the Block reference) for this pair of Tuffy Rhodes singles for my Calbee 2000 set. 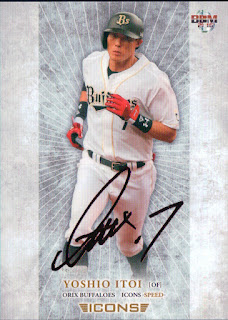 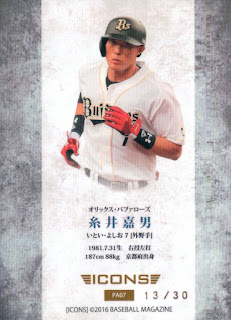 Let's finish weak, huh? This is a red-foil Printed Autograph card from the 2016 BBM Icons: Speed box set. Unfortunately, I already had cards for both this and the gold foil version seen below. So both of these were unnecessary, but I might as well show them off, huh? 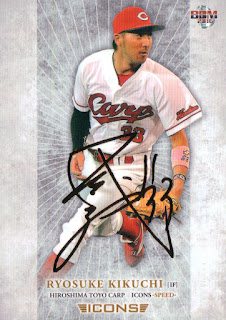 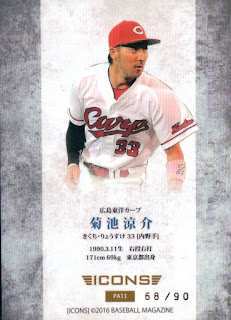 We're going back to vintage again tomorrow. Stay tuned!
at 7:00 AM