A popular card game here in Japan before video games and TCGs were all the rage was karuta. Kids still play it; it's a great educational tool and it's fun. I'm pretty sure I've explained this before, but for newbies, karuta involves two sets of cards: picture cards and reading cards. The two sets run parallel to each other like so: 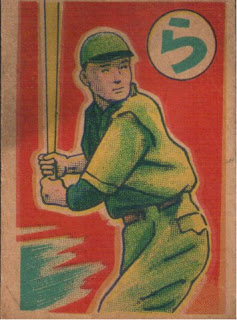 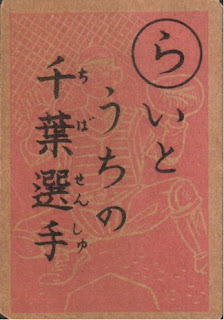 The card on the left has a picture of, in this case, a player, with the Japanese character "ra" inside the circle. The right-side card has text. The "ra" is repeated in the upper-right corner, forming the beginning of a word, phrase, or sentence. In this case, it says "raito uchino Chiba senshu", which means, essentially, right fielder, (Shigeru) Chiba. ("uchino" means "our", and "senshu" means player.)

As you can see here and in the rest of this post, the artwork is very attractive. The backs are blank on both reading and picture cards. The background for the reading cards is red with a white catcher line drawing. A similar set is JK 17: 1949 Marumon Karuta, which instead has a right-handed batter in one of two poses. The checklist corresponds to that issue, so it's my belief that this catcher back set is a third parallel or variation.

The cards I got were in pretty poor condition, many missing corners or having some discoloration. They might have been stored in an album of some sort. 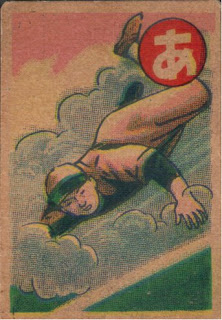 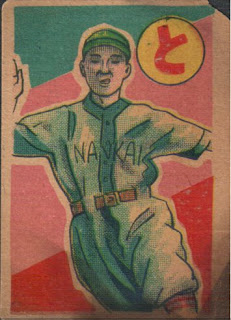 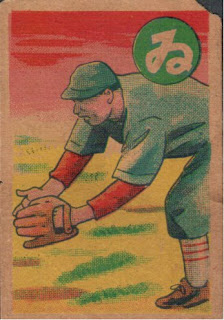 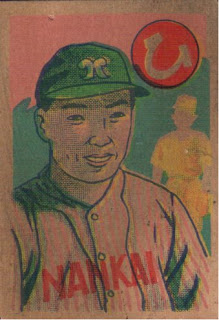 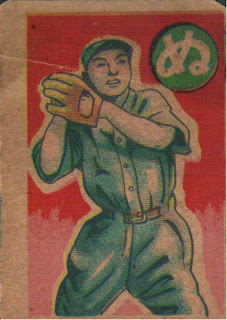 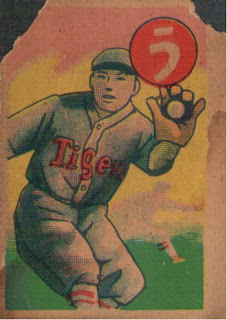 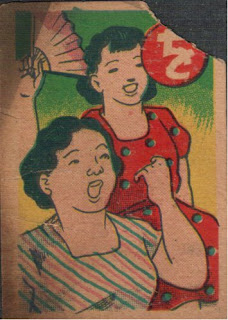 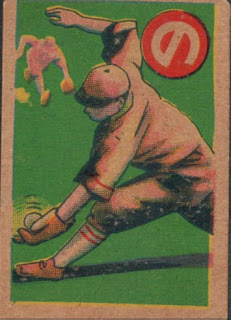 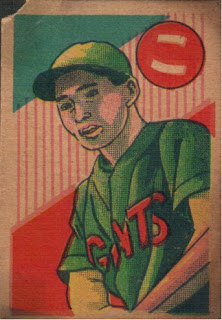 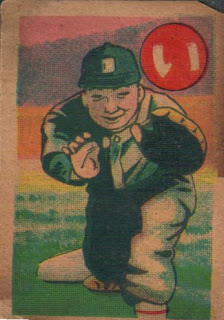 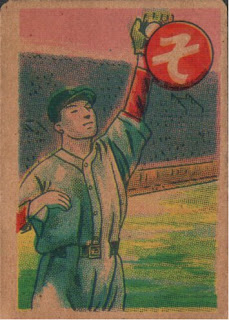 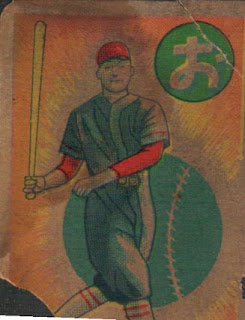 The "ra" card went into my type collection, while the rest I'll keep in my collection of random vintage Japanese cards. One of these days, I'll pick up a complete old baseball karuta set.

I have a bonus for you in this post. I also picked up a pair of vintage menko. One was really just a milk cap, but I knew that going in. I wanted this card: 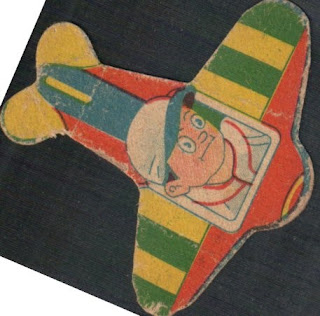 It's a cute airplane diecut menko featuring a baseball player in the cockpit. 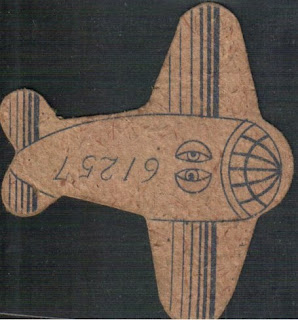 The back has the image of the bottom of an airplane, including a Pokeball-looking pair of wheels. I think those are wheels. 61257 is the menko number. It's an uncatalogued menko, but that may because it's a cartoon character instead of related to any particular player or team. It might be related to JDM 3: 1949 Airplane Diecuts, given the basic design. It's a cute addition to my collection, regardless of its origin.

That's all for today! Until next time...