I'm out in the middle of nowhere. Aside from being away from most of my stuff, I'm also about 3-4 hours away by express train from the nearest card shop. But over the years I've found a few other ways to get my hands on cardboard. In fact, it's much easier (and often cheaper) avoiding card shops altogether.

These cards were all delivered to my door, some in as little as a day, usually for under $1 shipping. Boy, do I love Japan. (I would have better-organized scans, but Blogger is a pain in the rear. So these are a bit eclectically sorted. And yes, eclectically is a word.) 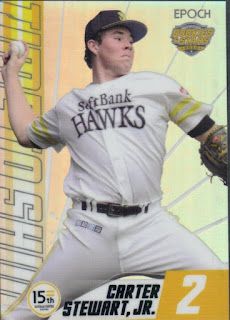 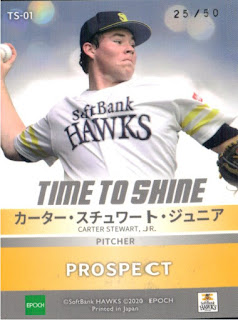 I collect Carter Stewart Jr. now. Not terribly comprehensively, but I would like to keep up with his base and regular insert cards. I'm missing one base card, but I think I have all the inserts I need. 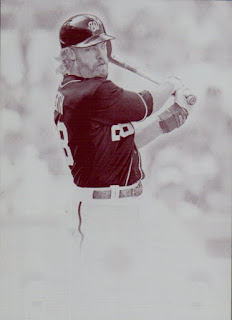 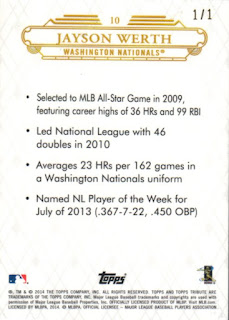 It's a 1/1 plate! These backs are much nicer than the usual sticker-on-a-piece-of-metal plates Topps tosses in most of its packs, but nowhere on this card does it say what brand it is from. (Honestly, Triple Threads and Tribute are always confusing to me at first glance since sometimes neither brand has their name on the front.) 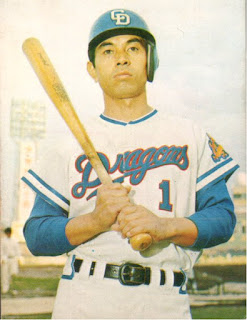 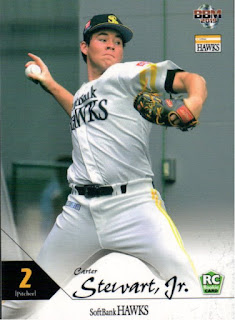 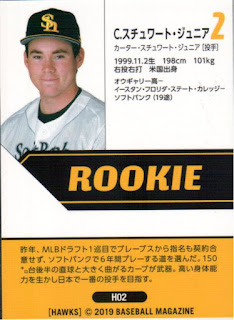 Here's the penultimate Stewart card (at this time) for my collection. There is still that one other card. 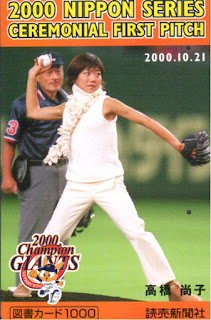 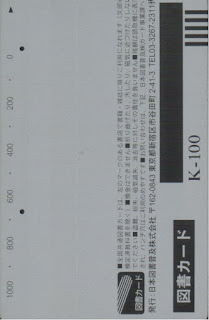 I came across this First Pitch card from 2000. Unlike the BBM cards which have become quite popular, what you see now is a prepaid card most likely used for transportation. You may notice a couple small holes on the right side on the front. Those were punched by the machine as the original 1000-yen value (about $10) dwindled down to nothing. I have a few prepaid cards in my collection. How annoying this must have been compared to today's touchless, easily-rechargeable cards. I remember dealing with this type of card when riding BART back in San Francisco (they didn't punch values, though, they printed it on the ticket face). Anyway, this is a nice little addition to my singles collection. 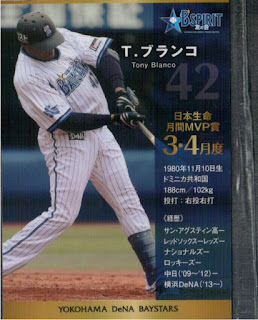 The BayStars seem to issue a lot of cards. In addition to BBM, Calbee, and Epoch sets, they have their own B*Spirit singles/sets and team sets through TIC/Hits/whatever. B*Spirit is quite confusing, but I believe they basically issue several series throughout the year, with perhaps 2-3 different "regular" team series, plus some highlight series. Toss in at least one cheerleader set each season. This card commemorates Tony Blanco winning a monthly MVP award in 2013. 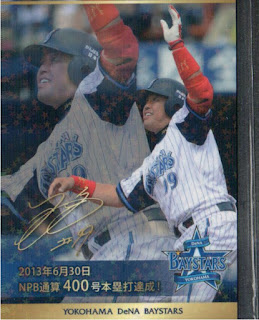 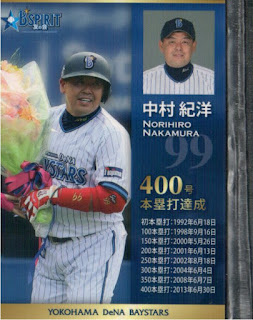 This card also showcases a 2013 highlight: Norihiro Nakamura's 400th home run at the end of June. Each year's set follows a basic design, with different series having variations on that design, such as different backgrounds or color schemes. It's a nightmare to figure out, especially since I usually only have one or a few examples to work with. 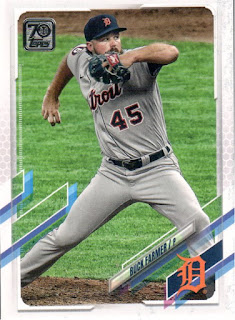 One more US card. I actually got this card at a card shop! Last time I was home, I made a stop in Shinjuku for a late lunch, and swung by the local Mint branch. I wanted another jumbo pack to open, but they only had boxes, so I saved a bit of money. Instead, I overpaid for this card of my former student and biggest PC, Buck Farmer. It cost me a whole dollar, which, I guess, with shipping, is about what I'd pay from Sportlots or eBay if I didn't combine shipping. As of this writing, all I need for his 2021 Topps card are the 1/1 parallel and the /70 anniversary parallel. Fingers crossed. 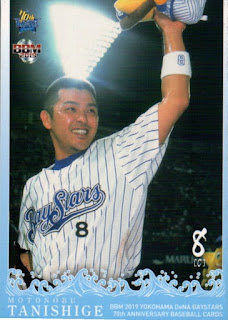 In 2019, BBM issued a set for the BayStars' 70th anniversary. I picked up my type cards and moved on. Well, I also picked up Alex Ramirez's cards. But I completely missed Tanishige, who has both this base card and an insert card. Well, here's the base card, about two years too late. And I also got a parallel of the insert recently, but that's not shown here, because it isn't. 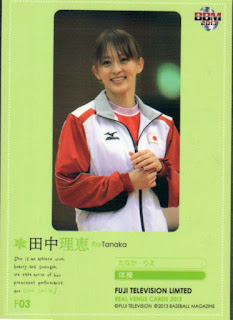 I've also come across some more random promos as I've been card hunting. This is another Fuji TV promo, and is numbered F03. This card, though, is from 2013, where the memorabilia card I shared earlier this year was from 2012, and was numbered RVM-R.

That's all for today. Until next time...