Calbee has been including prize redemption cards since their first baseball set back in 1973. Originally called homerun cards, and now called lucky cards, these could be exchanged for various gifts. They've offered card albums, baseballs, towels, books, and, yes, even cards.

From 1990-1993, you could get your hands on an oversized card set. There were two unique series in 1990, but only one type for the remaining years.

1992 is definitely the rarest of the issues, and I'm not sure I've ever seen one in a shop. I finally bit the bullet and bought this Tatsunori Hara: 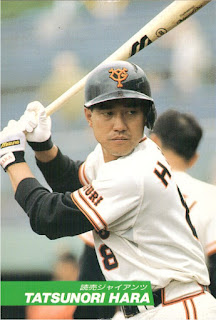 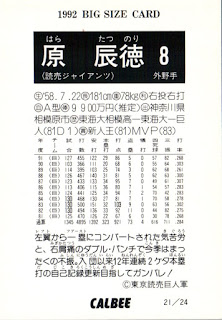 The design copies the base card from that year, but the set is much larger than the regular version. 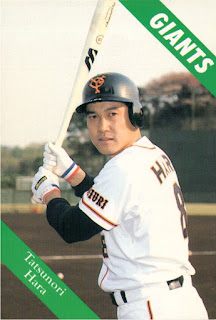 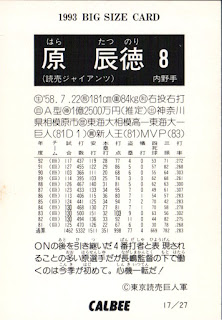 I ended up with two Haras for the price of one. This is from the 1993 Big set. Again, it uses the same design as the regular 1993 cards, just in a larger size.

While we're at it, here are the other sets at a glance: 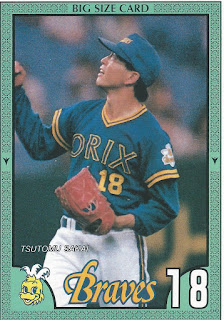 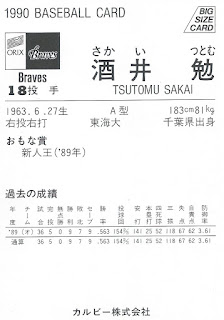 Here's the first version of 1990 Big Size cards. The front design is different from the regular set, but the backs are similar to base cards. 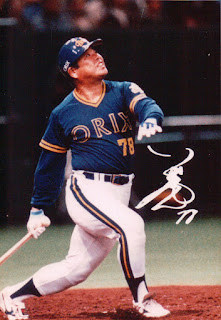 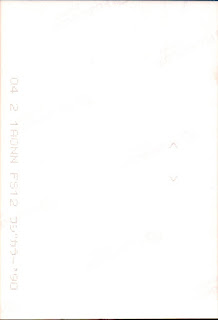 The second series was printed on photographic paper and has no Calbee markings, though they have the facsimile signature on the front. These might be better off labeled as bromides or raw photos rather than Big Cards. 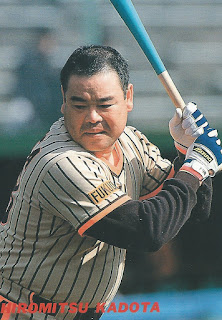 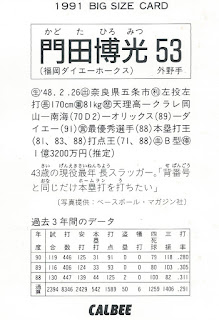 I'm happy to have this run of inserts completed and crossed off my list! I guess my next whale will be a 1989 Hologram card. That might prove to be impossible, but we shall see. Until next time...