Apprehensive Joy of a Completed Set

Well, it looks like the quest may finally have come to an end. So I'll pay homage to

For several years, I've been chasing down cards to finish the nearly 500-card 2000 BBM Century's Best Nine set. It started about five or six years ago with a large portion of the set, and from then it's been mostly about singles found at card shops. But to finish this sucker off, I've been relying on online sources. And last week, card 345 popped up in a small lot. And as I mentioned before, it's Yutaka Fukumoto: 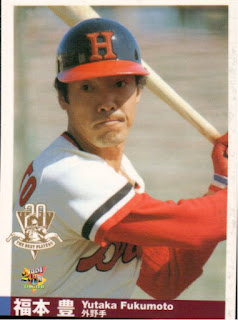 It's a strange photo, mainly because of the look on his face. I'm pretty sure this is from BP or some other practice.

As I said, it was part of a small lot, and included with Fukumoto up-close was: 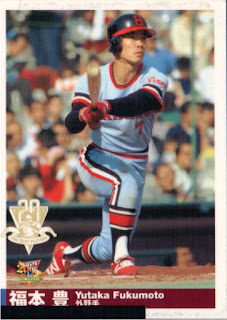 Fukumoto nearly kneeling at a game after probably rapping out a fly ball or line drive... 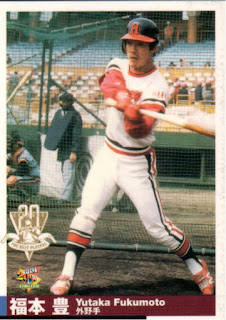 Fukumoto definitely taking batting practice while an umpire (or someone dressed as an umpire) looks on... 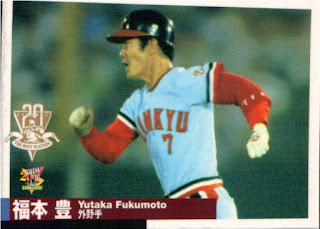 And Fukumoto doing what Fukumoto does best: running. I couldn't get this card to scan straight, he's just so fast!

Those other three Fukumotos are most likely extras. This weekend, I'll sort out my cards and hopefully verify that the set has been completed! And I can finally put it to bed. There are two insert sets and some parallels, but putting together a mini-master or master set seems too daunting at this point: I just want the Wally Yonamine Combination card!