What's the most challenging part of your collection? I've accepted that there are certain things I want that either don't exist or are out of my price range. I talked about some pipe dream bucket list items a few days ago, but specifically, I don't see myself every owning a complete 1952 Topps set. There are thousands of players who have no baseball card; there are plenty of Hall of Famers with no easily obtainable card.

And I know there is no chance of ever having a complete type collection. 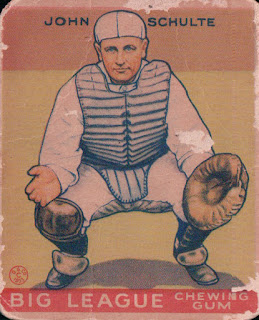 The 1995 season saw 461 individual sets reach the market, including parallels and inserts. Ten years later, a total of 3463 unique sets were distributed. 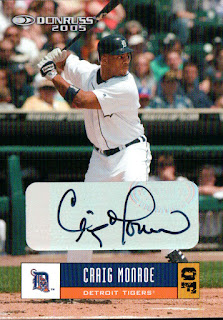 I've talked about this before - somewhere in this blog's archives is a post about this phenomenon. There are many reasons, but one major cause of the glut of sets at this time is Donruss/Playoff's loss of their MLB license. In 2005 in particular, they issued tons of forgettable releases to unload their stock of relic pieces and autographed stickers. Given what they did in 2004 as well, perhaps they knew the end was nearing.

The 2005 card season in particular made me rethink my realistic goals for my type collection. Instead of hoping for 50% or even 33%, I've now set 25% as my goal for any particular year. and beyond that, I've been refocusing from the total percentage to percentages in each category of card. And, well, I hate that. 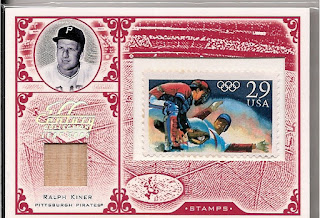 There are more cards to collect, but hits - and parallel hits especially - don't offer much overall to my collection, and instead weigh it down. I have 250 hits total from the 2005 season, which is a bit over 10%, but these often parallel the base set or other inserts in a particular release.

The answer, of course, is to do as I've mentioned above, and to collect the more relevant cards - non-parallel base and insert cards.

But I still hate that.

This post was inspired by Corky's question: What year bothers you? His question was in regards to PCs, but I haven't run into any big snags for any of my player collections.