I've been busy for the past several days. My vacation started Saturday, and I've been working on card stuff almost exclusively since then. I've gone through a lot of my cards, getting caught up on organizing and scanning. Which leads right into today's post.

While I didn't post much during the year, I stayed pretty active working toward my goals. I came up with fourteen back in January, so as usual, let's review those goals and my progress.

1. Acquire flagship sets. I was specifically looking for reasonably-priced complete sets for:

My goal was ten of these fifteen sets. I got fourteen. What did I not find? 2004 Donruss. 2002 Topps Traded, 2005 Donruss, and 2005 Fleer Tradition are "short" sets without SPs, which is perfectly acceptable in my mind.

I started the year with 100 sets on my list. Today, I have 93. Ten of those are from 2019, meaning I knocked almost 20 sets off the list. I also made significant progress on many of the other sets, as I see several needing only one, two, or three cards. 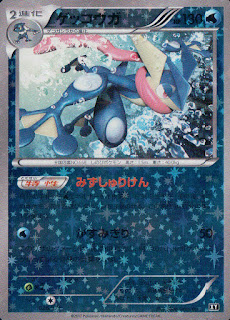 I needed 12 cards in January. I'm down to three. I came pretty close on this goal, and might be able to hunt those three down in the coming year.

I needed about 200 cards in January. I need about 125 today. I'm not too surprised that I couldn't meet this goal, as I'm still avoiding using US card services. Finding 75 or so minis in Japan was a pretty good feat.

5. Get team cards for Japan Series and World Series teams.

I never tried to do this. My first real failure of a goal for the year. To be fair, these don't really exist in Japan for what I want, so I might need to make customs. 6. Re-check players with "no" cards to see if that's changed.

In mid-November, I went through my lists and picked up a bunch of pre-war players with newly-accessible cardboard. I also checked through my Japanese want lists and found a few good cards.

7. Get one Nolan Ryan card.

8. Get an Ichiro or Masahiro Tanaka autograph.

I found an affordable Ichiro autograph in March from the Leaf Best of Baseball set, and just a couple weeks ago I got a Ma-kun autograph (#5/5!) to cross him off the list too!

In March, I found a Charlie Hough bobblehead and a Miguel Cabrera figure. And in October I got a 1988 Starting Lineup of Julio Franco. Of course, I still need many more. 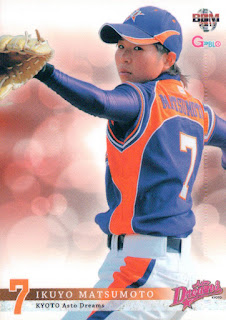 This is one last-minute goal I can check off the list. I think I cleared off about 35 this year, and now I'm down to 84. Several sets were deleted. Others were complete except for SPs or insert sets, or complete only as SPs/inserts, and I have no real interest in building the other side. And I managed to finish several sets as well!

11. Add at least 3 Calbee or BBM sets to my collection.

12. Complete the following tasks:
I didn't get the cards ordered, and I never got a chance to print labels. Printing would require me to be home, which didn't happen very much in 2019. I was just lazy when it comes to ordering the non-sport and minor league cards. But I got all of the 2018 and 2019 updates done in the middle of November, which means I don't have to do them next year. And I also updated the awards for 2019's recipients in Japan and the US. 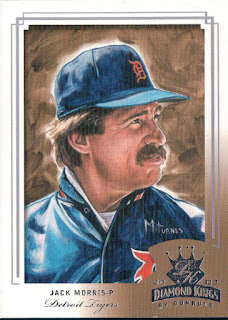 I went through my main list in October and pulled out the specific collections. All of the want lists stay on the same spreadsheet, but set runs like Allen & Ginter and themes like USA cards are now easily tracked on another sheet like I do for my flagship sets.

I wanted to actually print cards, which I didn't do. I made card fronts for a lot of sets I wanted to do, though I haven't made any card backs yet.

Only two goals were complete failures this year, and four goals were satisfactorily completed, though not completely met. Eight goals were 100% met, four goals passed, and only two failures. Not good for an air traffic controller, but good for a hobbyist.