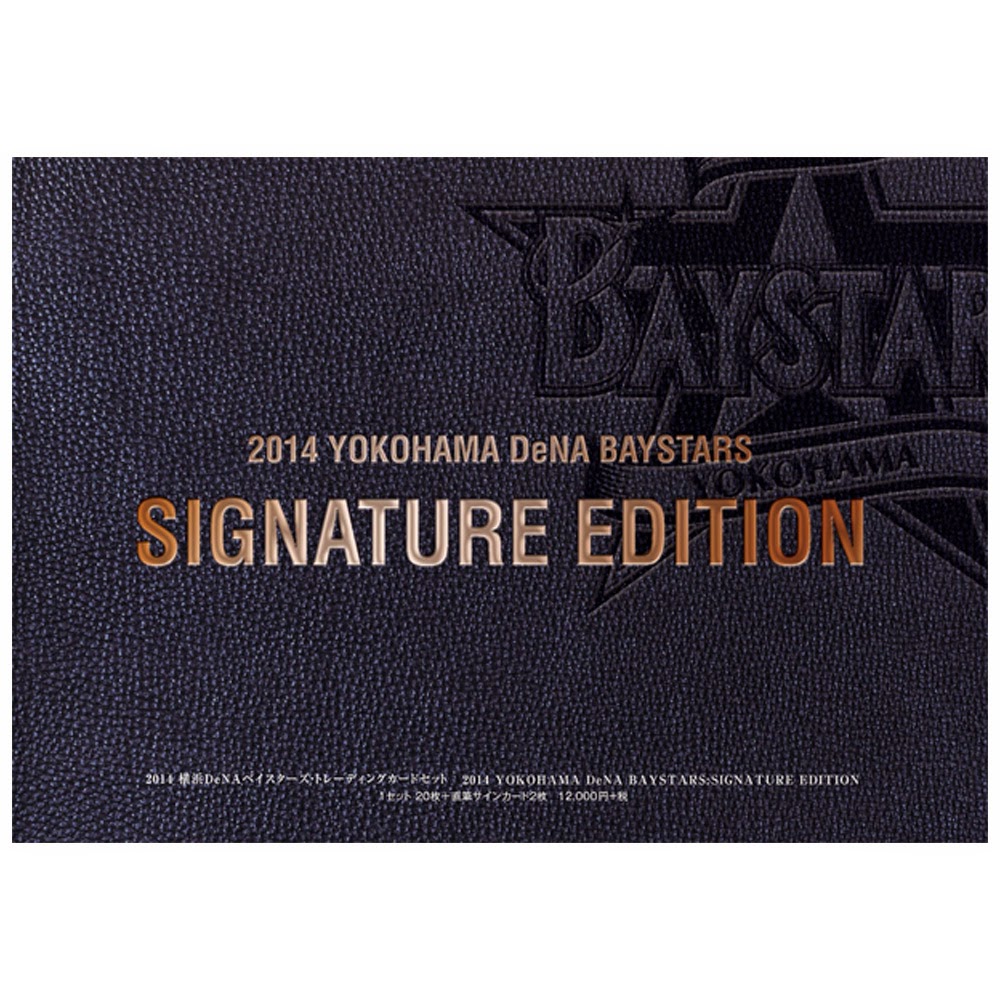 Frontier has issued a few Signature Edition sets in the past couple of months, using the same basic design from one set to the other, much like they did with the Rookies and Young Stars/Stars and Legends series. The BayStars version brings a welcome change to that trend. 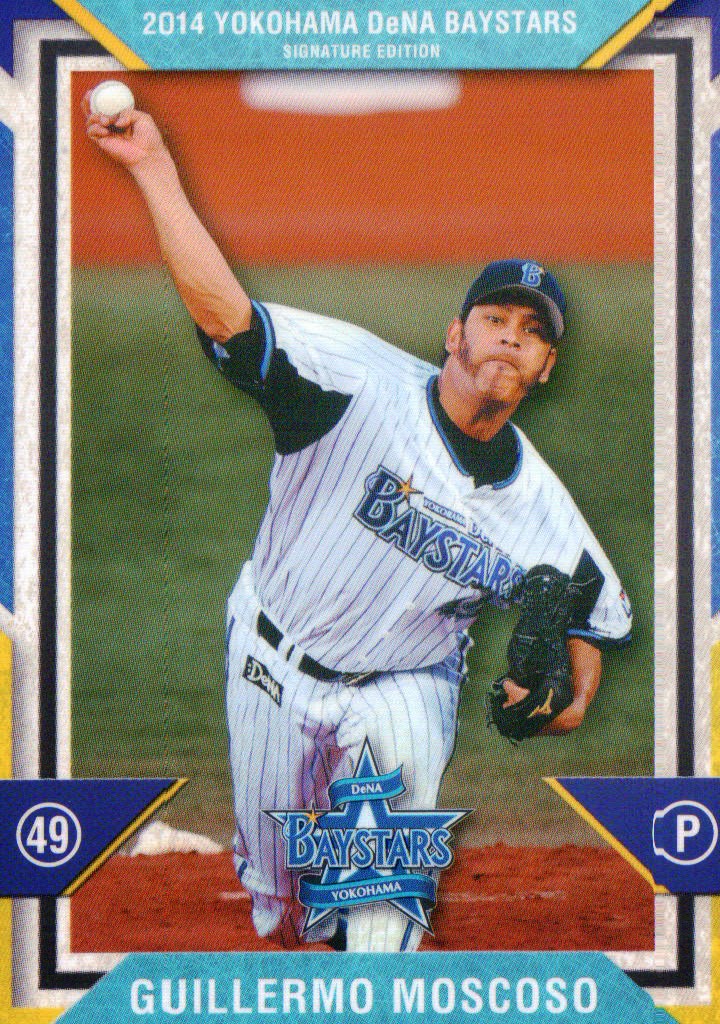 The design is much brighter with a touch of traditional/retro design, though the coloring and shadows show that these were designed on a computer. The multi-colored borders may be a bit larger than some would prefer, but given the black and grays of the prior issues, this set feels much sharper. It actually feels like a real design that could be used for a flagship set. The fronts are all English, with the set name at the top, which includes the year and team name. Two flags near the bottom have the player's jersey number and position, with the team logo in the center; the player's name is in the bottom border. 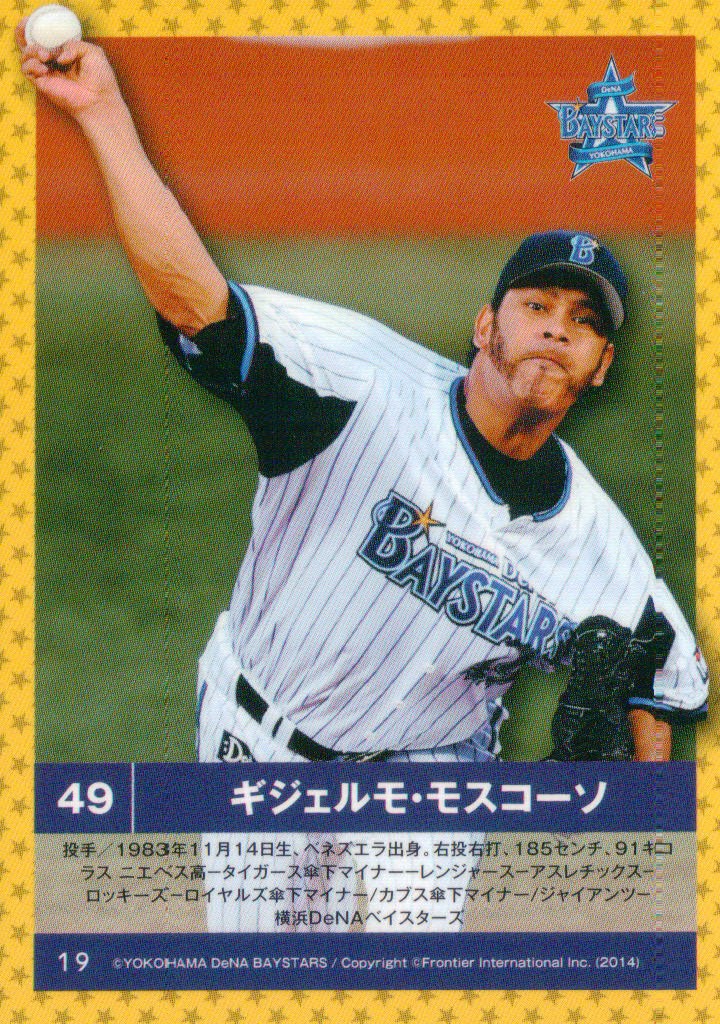 Backs have a yellow border that isn't overwhelming (this isn't 1991 Fleer, after all), and a repeat of the photo from the front. I'd prefer a second image here, or some other design usage. The jersey number and player's name in Japanese characters begins the text box, followed by some biographical information and a short career summary. The card number is in the lower-left on the copyright line.

There are 20 base cards in a complete set, and each box contains all 20 base cards. The issue, of course, is about the autographs. One box also contains two autographs; there are 29 different cards in the release, which come from one of three sets.

Print runs from the sets varies wildly by player. And while all the sets appear to have parallel versions with red and blue ink signatures, not all players have both parallels in any set. It's very difficult to read the autograph checklist due to its size, but it appears that there are around 626 base sets in all - a very limited release. 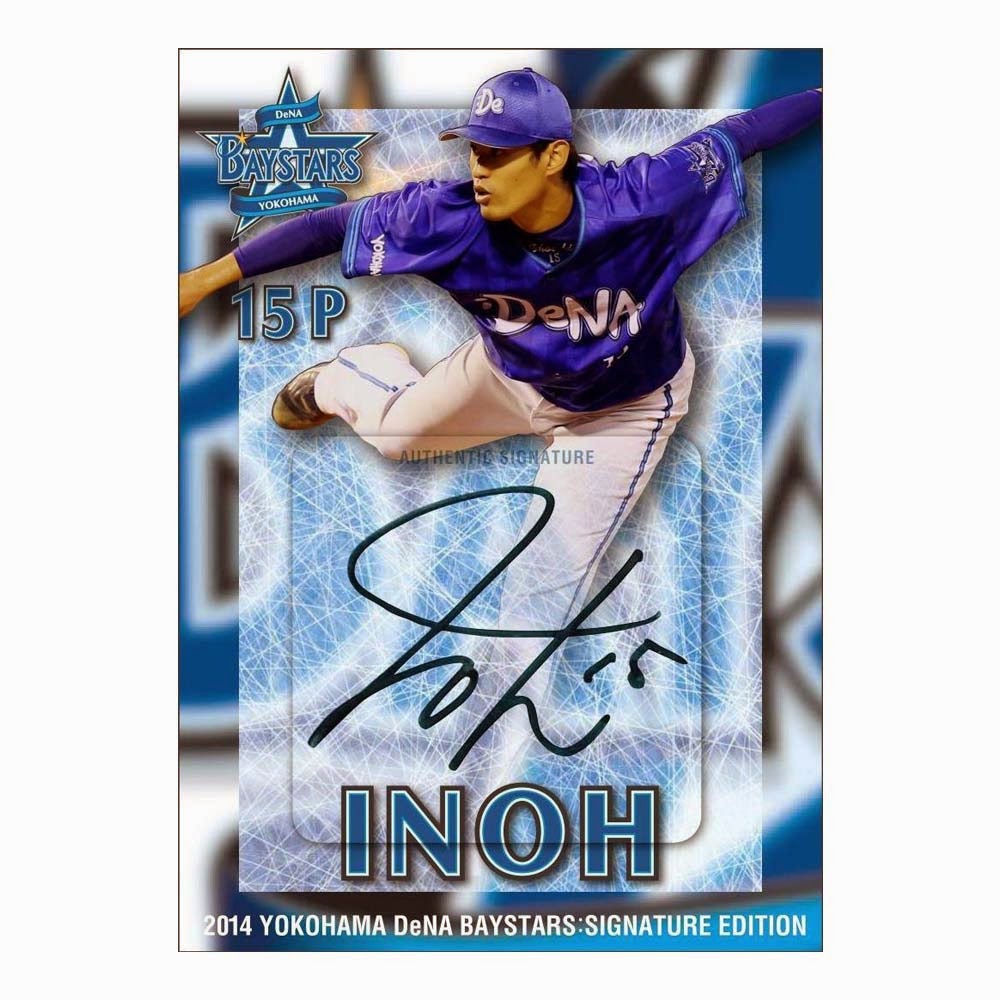 All 20 subjects appear in the Authentic Signatures set. 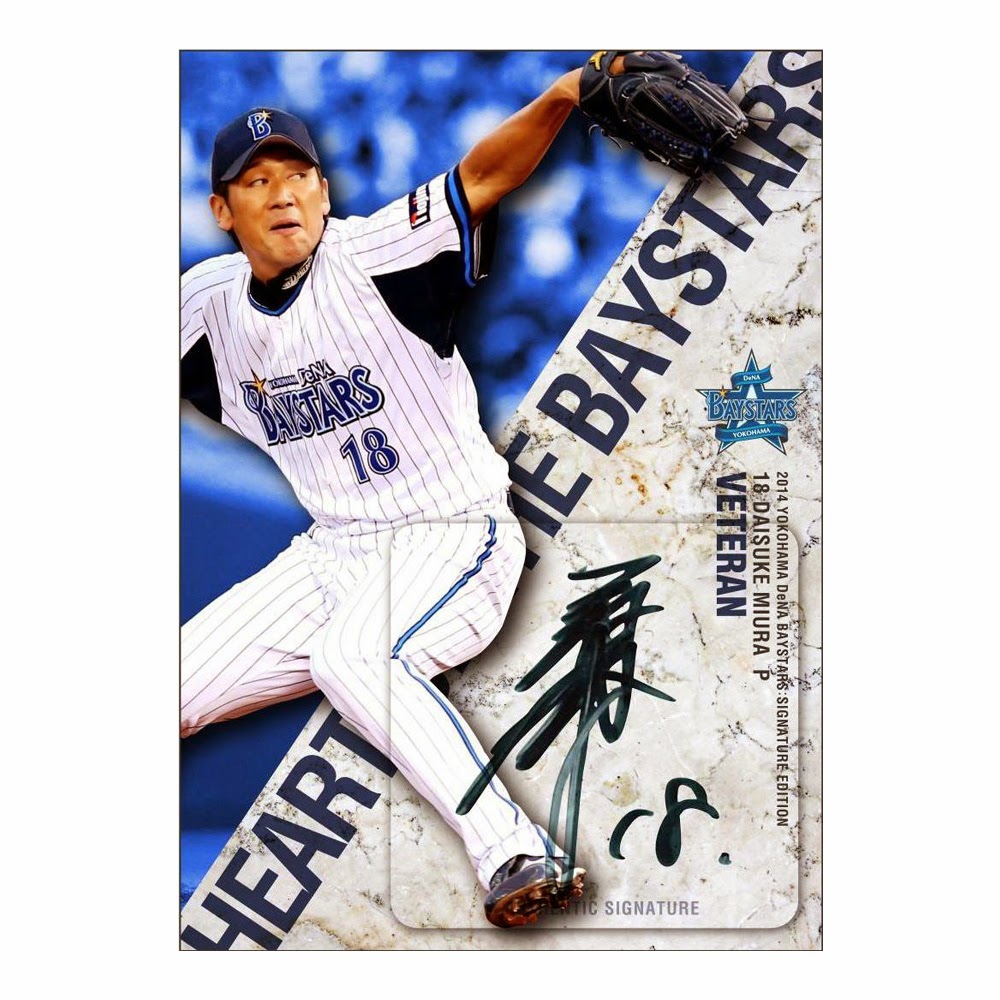 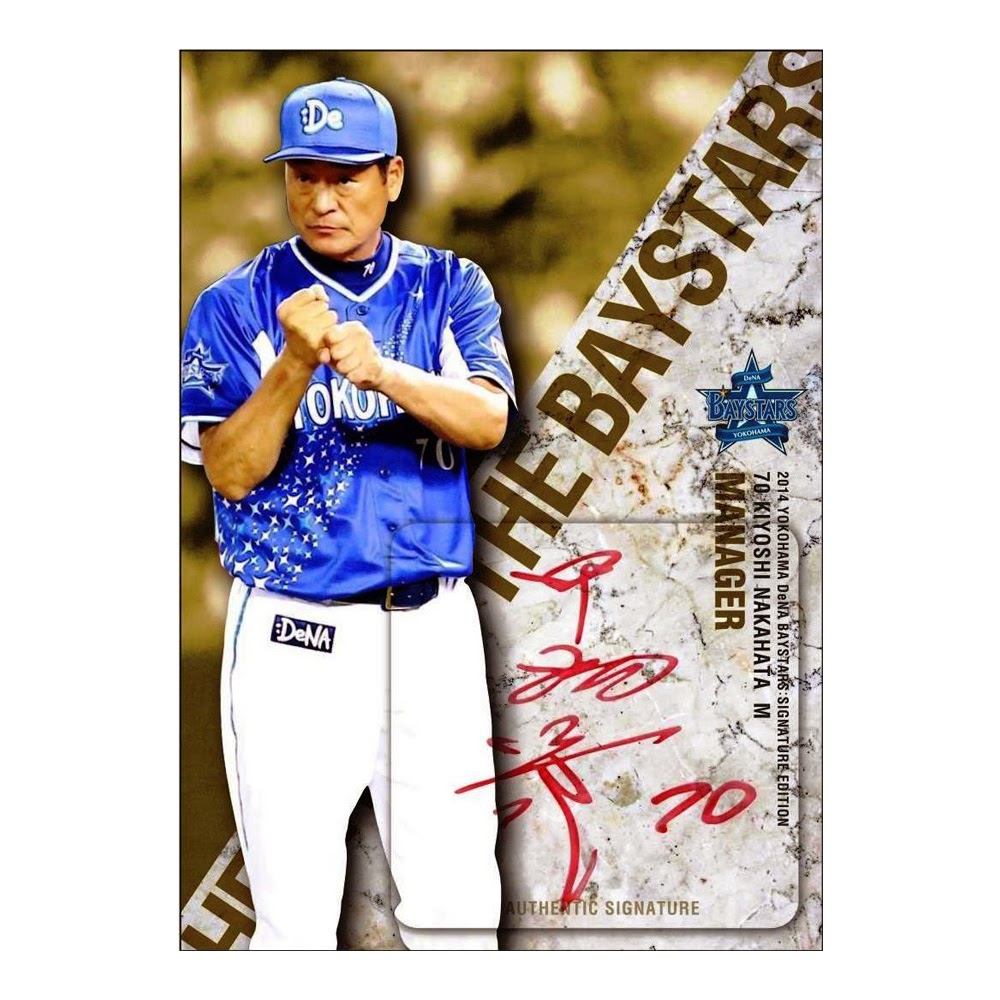 Heart of the BayStars has five different cards. 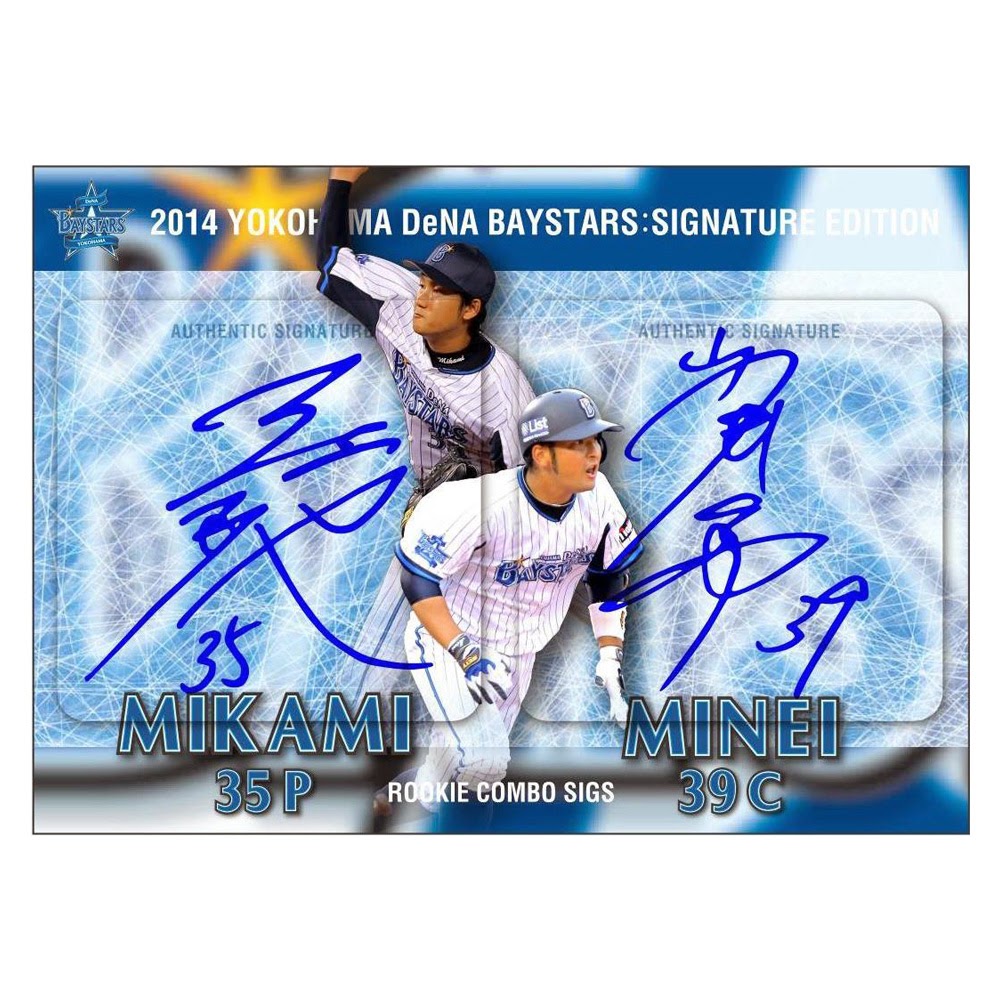 Finally, the dual autographed Rookie Combo Sigs make up the final four-card autograph set.
at 7:43 AM