What should the Baseball Hall of Fame do about steroids use?

The Baseball Hall of Fame is just that - a hall of famous baseball players and others involved in the game. A combination of many factors have to be examined when deciding on a vote. It's about statistics, popularity, and contribution to the game. There are plenty of racists, jerks, and cheaters already in the Hall. There are a couple missing because of how they were cheating when they were caught (I'll write about one of them very soon). We can't turn a blind eye to players from the 1990s and 2000s because of suspicions. Several great players who probably never touched "the clear" and "the cream" are lumped in with others who have just because they played during that era. But the early 1990s were a boom time in baseball, and the 1998 season and Barry Bonds' accomplishments were an amazing time in the game. Their stories so far may not have happy endings, but how many AA middle relievers were also using steroids to try to get ahead. It's a product of the times. 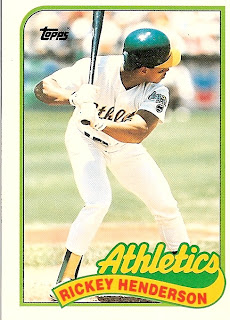 These days, MLB fans have a lot to look forward to. Hopefully drug testing has actually improved (even if the policy isn't strict enough). Strasburg, Harper, Trout, and Posey are part of an amazing new group of players who should bring (hopefully clean) excitement back to the game for a new generation of fans.


Meanwhile, the Hall of Fame ballots will be quite controversial for the next several years. But those ten would be my pick this year. To not acknowledge the contributions of players from my childhood is to say that the games I attended, the players I cheered for, and the cards I collected meant nothing. And while Clemens and McGwire are the only two real "users" on my list (earlier today), as I've left off Sosa for the same reason Bonds is gone. The two of them expect to be in the Hall of Fame. Clemens and McGwire - based on what I've seen - don't seem to expect to make it any time soon. That sense of entitlement alone irritates me. 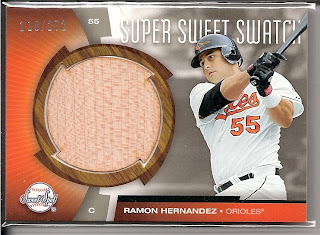 But let's get back to the issue of steroids. And to talk about that, let's look back at the McCarthy era communist scare. Remember how everyone just got off the hook by naming someone else involved in communism? The grand jury testimony and investigation ran just like the "trials" in the 1950s. Because no testing was involved, all we have to go on are players and trainers who may be lying to protect themselves or their teammates and associates. And unfortunately, Mark McGwire was right. To admit to steroid use meant shame upon him, but to deny it meant being branded a liar. 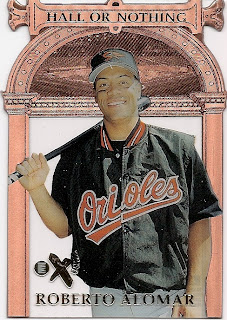 MLB was way behind the times on instituting a drug policy to combat this use. So while there are moral questions, the players we are dealing with on this year's ballot were never doing anything "against" the rules. In the end, it's a cloudy area for me. It's a time when steroids should have been tested for and clearly banned from the game, but that didn't happen. There were no rules in place. And we'll never know the whole, true story. I doubt there are smoking gun documents laying around at this point proving any certain players bought or used the substances, and so we have to go on the players' confessions only.

Do we turn a blind eye? No. But were Tony Gwynn, Nolan Ryan, and Cal Ripken using performance-enhancing drugs? I'd love to think not. But Ryan, like Clemens, was dominant late in his pitching career. Gwynn says he never used them, but how can we be sure? He had to have practiced a lot to be such a great pure hitter. And Ripken needed to keep his body in shape to play in so many games. Could he have used drugs to heal his body faster? Just because Gwynn didn't hit 500 home runs, Ripken's head didn't swell to be the size of a beer keg, and Nolan Ryan retired before Sosa and McGwire went on their ball-crushing rampage, doesn't mean they're clean. I believe they are. But everyone who played from the late 1980s through 2005 is suspect. There's no way around it. 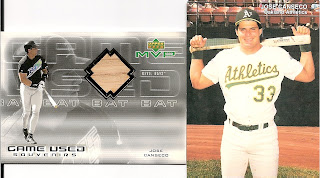 Bob Gibson was a dominant pitcher, but he was on the mound when pitching was king. Does that make him any less of a great pitcher? What about this past year? There were three perfect games in 2012. Pitching has become big again. Will Verlander or Strasburg be compared fairly when their time comes to be voted into the hall, because they pitched during a weak-hitting era?

We have to accept the Steroids Era for what it was, and still acknowledge the legends of the time. How that pans out over the next few years and then into the future will be interesting to follow.