It's interesting that all three of my blogs (why oh why do I have three blogs?) have all reached - or are reaching - milestones around the same time.

Cardboard Zoo recently reached its 200th post, and only a couple of the posts don't fit the main priority of the blog. so over 200 cards have been served! That leaves only about 40,000 more cards to go. I should have plenty of posts to make for at least a few more months...

Chaos and Kanji - my newest blog which shows my explorations through Japan - is about to hit post 100. The blog has existed for less than a year, and while I'm a bit behind on my original plans for posting, there was a point this year I wasn't sure I'd even reach 50. I'm so far behind that I am still posting about my trip from early May.

But this is the blog that started it all. I never thought I would have 100 followers, 700 posts, and over 60,000 page views less than two years later. For some bloggers, this is chump change, but after moving to the other side of the world, spending months at a time away from the keyboard, and changing the focus of most of my posts from MLB superstars and awesome finds to Japanese players nobody's heard of, I still have an audience.

I really appreciate all of you for reading. While I write for my enjoyment, it's those page views that tell me that I'm doing something at least somewhat meaningful. That's always been my dream - to create something that people find useful or entertaining.

After 700 posts, I'm not out of ideas. However, living here in Japan means I have to either rip images from the net to review MLB products or find inspiration in a world full of foreign cards. Since I've been accumulating cards, I have some fun plans to do more than just show-and-tell from the local card shops. I have lots of scans (that need sorting and tagging) that can give you a deeper look into my collection and I keep finding all kinds of great cards. In fact, I have a great stack from last weekend to scan and show you as well!

With 700 posts, I have to do something special, so here are seven pitchers I really like. 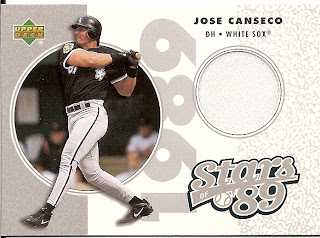 I couldn't help but start with Jose Canseco. He did pitch in one game, after all. I don't think very highly of Canseco now, after seeing what's become of him and looking back in retrospect at his career and behavior. But the 1989 me, a young beginning collector enthralled by this superhero playing for the local, reigning league champions, still holds a spot for him in my baseball heart. He was my first favorite player, though I remember reading about his troubles even as early as 1989. He got a speeding ticket in his brand new car for traveling over 100mph - the license plate said 4040MAN or MR4040 or something showy like that. He also got in trouble for carrying a weapon in his car. But the late 1980s Jose Canseco on the field was amazing. 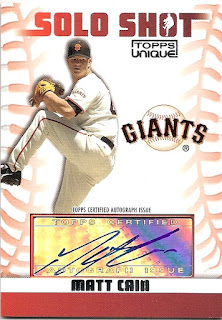 Matt Cain always feels like the quieter, more normal member of the Giants family that everyone seems to forget. So while crazy Brian Wilson grew his facial bird's nest, Tim Lincecum grew his model-like long mane, and Panda grew a few pant sizes (and then lost them later), Matt Cain has been a beneficial member of the team. He went to the All Star game for the third time this year and pitched a perfect game while compiling a 16-5 record with a 2.79 ERA. 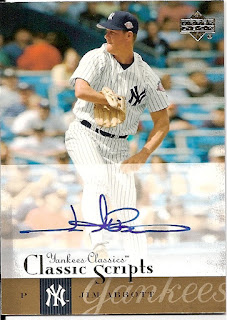 Jim Abbott is another player who was making headlines while I was young and impressionable. He had a great early half to his career and even pitched a no-hitter in 1993, but struggled after the 1994 season and retired with a losing record and an ERA over 4. His story of success is a great motivator, though. 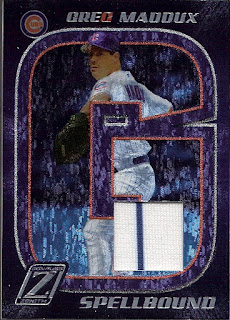 Greg Maddux joined the Braves early in their dynasty years and was the number one pitcher in a staff of aces. Alongside Glavine, Smoltz, and others, the Braves won the World Series in 1995. Maddux may have played for several teams, but he's always a Brave in my mind. 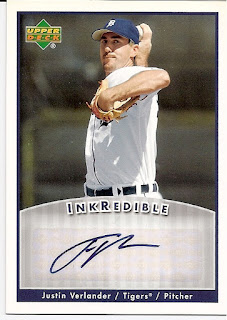 Justin Verlander is a pitcher who I've only recently really began to like. I have been collecting baseball cards during his entire career, but I was separated from the game itself until the 2011 season. Certainly his second no-hitter brought him to the spotlight, but I also regained interest in the Tigers as I returned to watching the game. 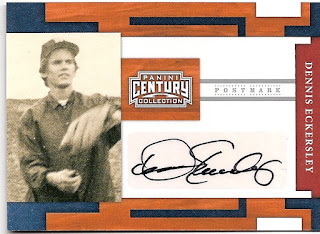 Interestingly, Verlander (2011) and Eckersley (1992) are the two most-recent pitchers to win the AL MVP award. Eckersley dominated as a closer while I was an A's fan following the Bash Brothers and Rickey Henderson to the AL Pennant from 1988 to 1990. 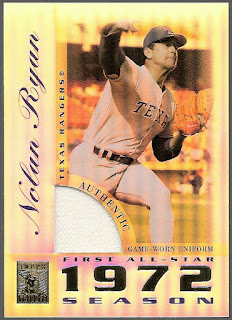 And of course, I can't leave out Mr. Ryan - my first favorite pitcher who I really only learned about early in 1990 when Topps put him on the first five cards in the set. I became an instant fan (a player with the same name as me - at least, as a last name?).

So that ends a random look at seven of my favorite players to take the mound. Thank you again for visiting my corner of the blogosphere!
at 3:00 AM