I don't get the chance to bust too many packs of, well, anything these days. My disposable income is focused on sightseeing and hunting for Japanese singles. But I couldn't resist buying the last 5 100-yen packs of Triple Play found in a local card shop last month. Let's waste some posts by looking at the cards I pulled! Nobody seems to post anything from Panini these days, anyway. 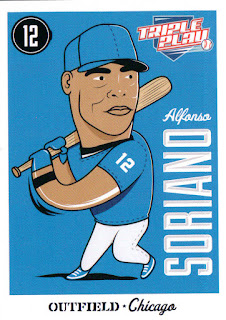 Alfonso Soriano leads off the bunch. I like the fun cartoons and the use of team colors, even though there are no logos. 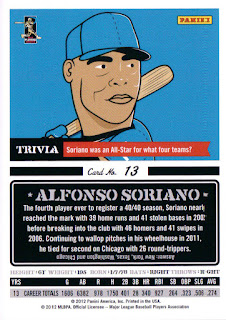 The backs are fairly standard but I like the inclusion of the trivia question. 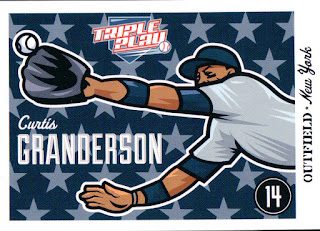 Ahh, Curtis Granderson. If you had stayed with Detroit, you'd have an AL Champion ring in a few months. This is a pretty action-packed photo, and you can see the stress in his arms as he dives for the ball. 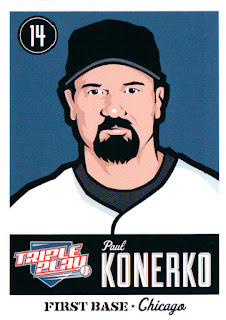 Hm. Well, there isn't much going on with Mr. Konerko here. It's a good cartoon though. There should have been more action! I like the use of the player's jersey number on the front of the card. 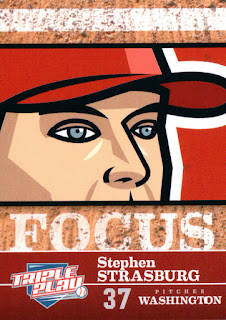 I was kind of hoping one of the subsets in Triple Play would use a different style of art (though that didn't work well for Topps National Chicle). This would have been a good place for more anime-style detailed drawings. 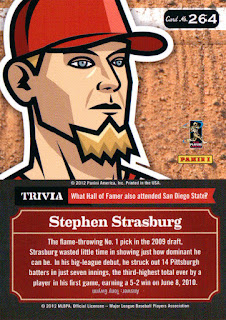 One problem I have with the art is that it looks too computer-y. I guess it might appeal to kids more in this style. The use of actual photography on the card is interesting. What if they had taken a photo of a generic baseball field and put the cartoon characters in the real field? 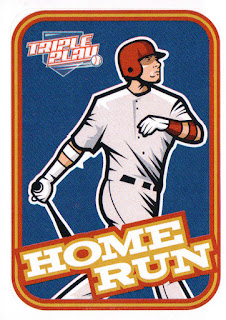 Ahh, sticker! Of a generic player! That's kind of a nice touch, if you ask me. Baseball doesn't always have to be about the players. If I had a binder for my homework I would probably want a bunch of these all over it. 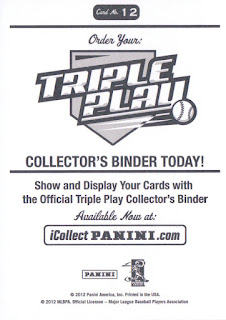 The backs are boring for the stickers, but reminiscent of Panini's old baseball stickers. I'm not complaining. 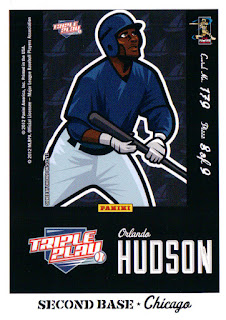 This is a puzzle card of O-Dog. Did I ever tell you I've played baseball with him? He's pretty cool. You'll see what the back (front?) of the puzzle cards look like later. This was a good idea, though I would rather they replace the above image with something different, such as a highlight, some interesting trivia, or maybe a funny moment in baseball. 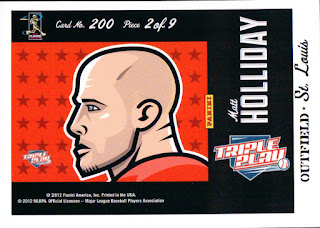 I think puzzles are expected to fall two per pack. Given that they take up a large portion of the set, that's a good thing.