I was going to bring you a post of cards I don't know anything about, but I think it's a bit faster to talk about what I know only a little about.

Idoling!!! has become an annual card set issued by BBM. It features a bunch of girls who are, or want to be, pop star idols in Japan, just like the AKB48 girls I talked about recently. It is based on a reality show on Japanese TV that follows an idol group. The description I read seems to indicate it's just like any other reality show - the daily life and struggles the girls face are broadcast for the world to see. The 2012 set focuses on the 2011 season, and this 2013 set has images from 2012. The 2014 set is in stores now, but I'm not really in a rush to buy it.

There are three card types: 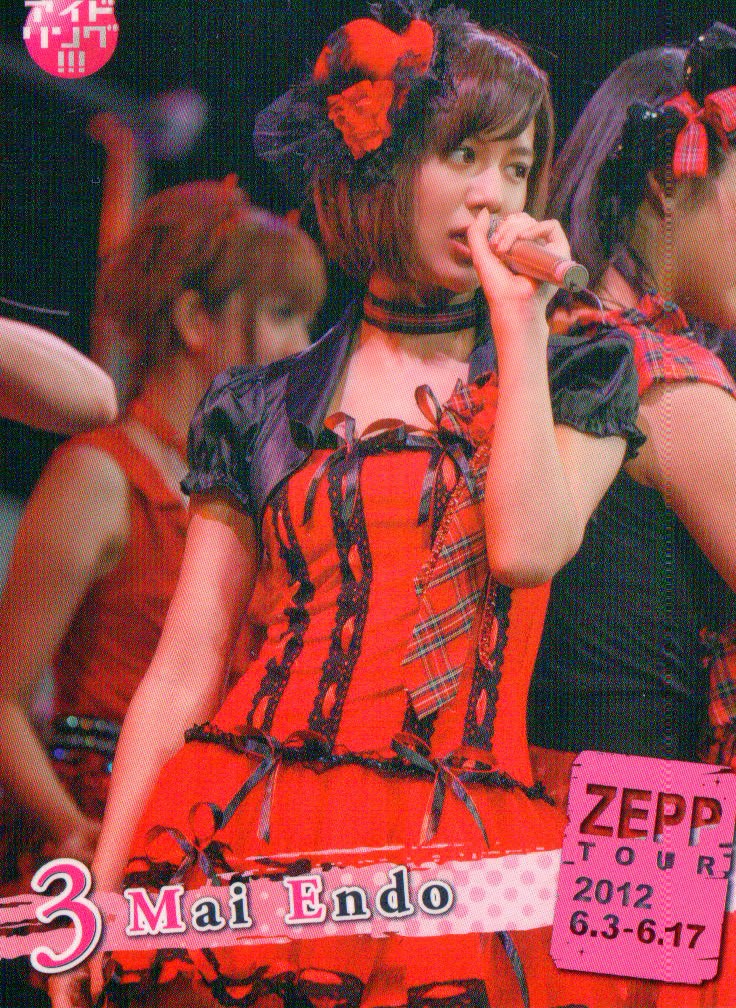 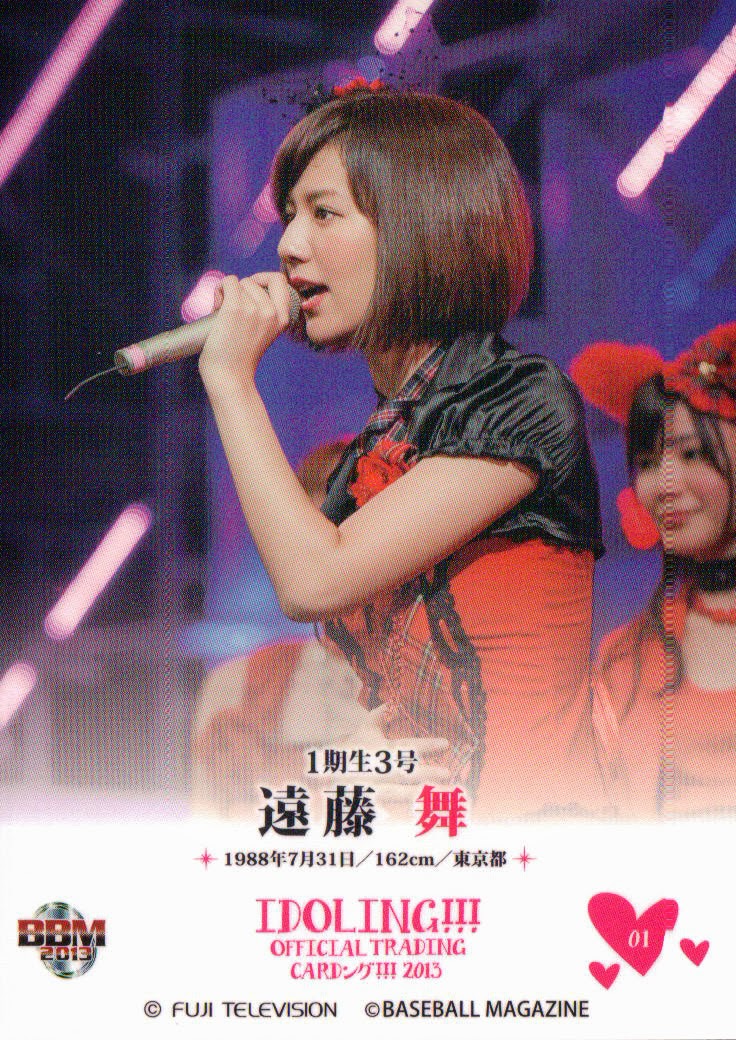 The first card front has a concert image from a June tour called the Zepp Tour. The backs have a second shot from the tour. 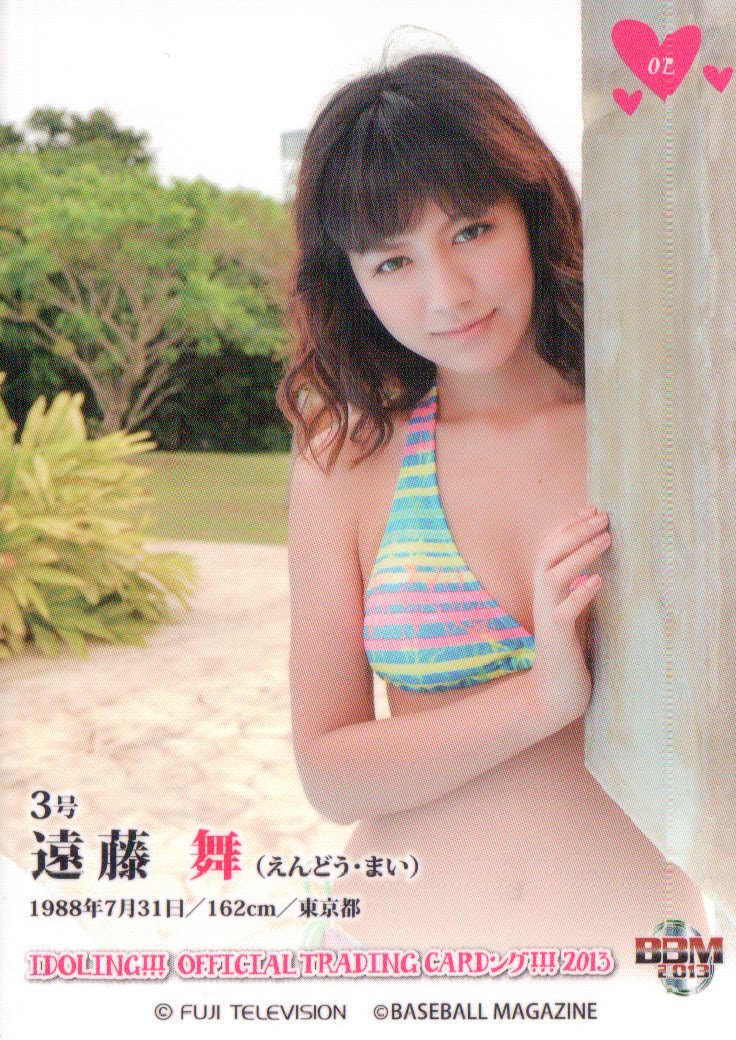 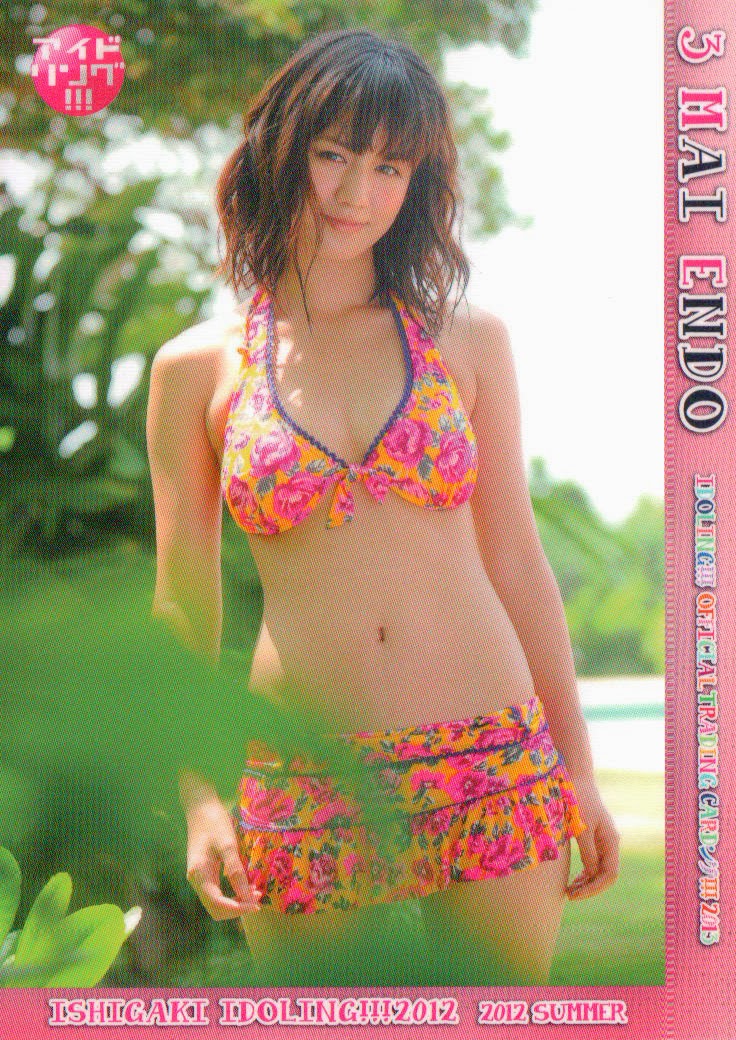 The second card has swimwear or other summer wear on the front and back. 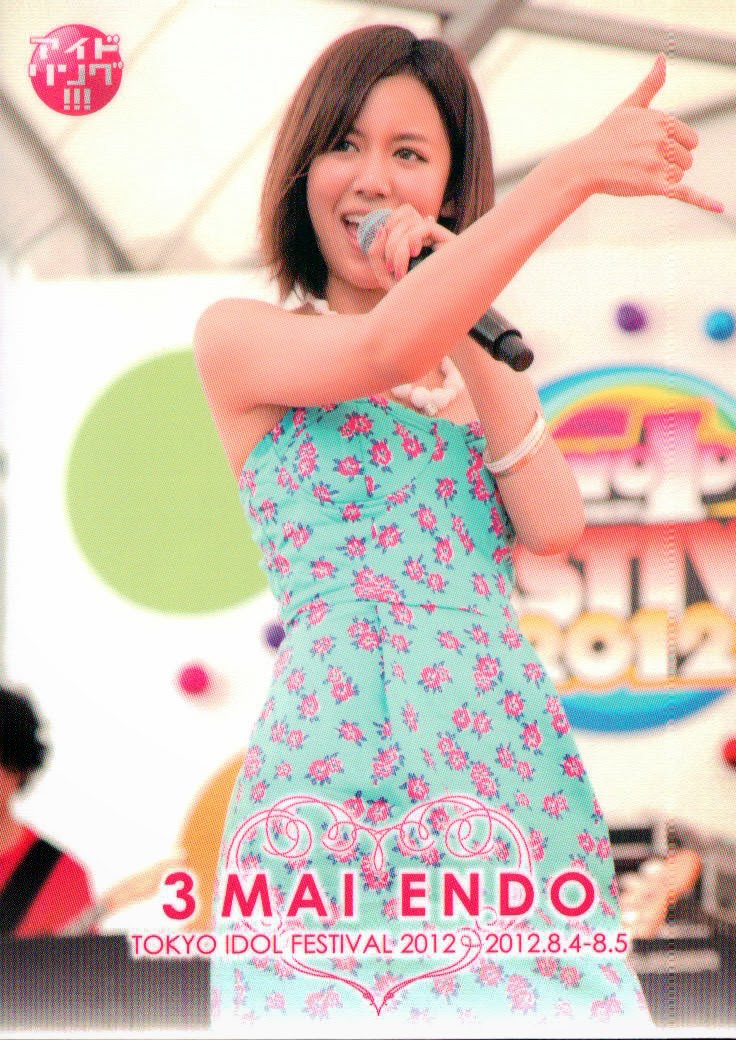 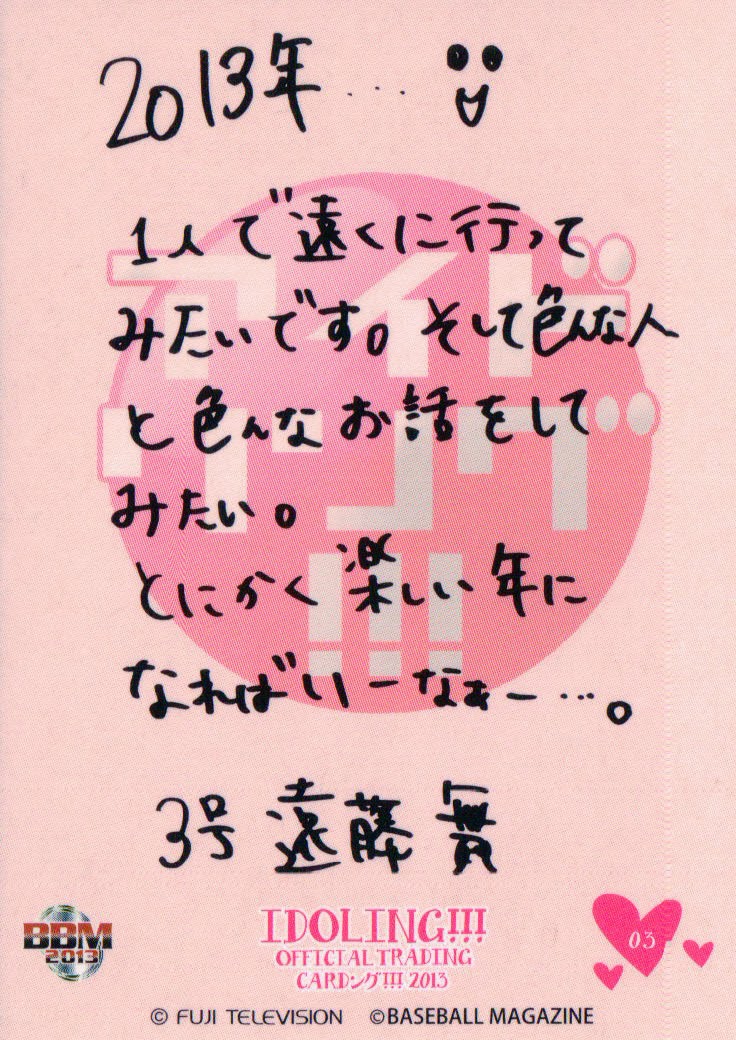 The third card front has another concert shot from a couple different events, as identified at the bottom. The back has a pink background with a message. The girls have "numbers" which show up on all the cards, similar to jersey numbers. I don't know how the numbers were assigned.

Here are the rest of the cards.