My coworker/friend was kind enough to give me a couple packs of cards. I don't usually open packs in Japan, but I owe him a pizza or beer now.

The pack I'm going to share with you is from 2013 BBM 2nd Version. It's the second series of BBM's flagship set. The packs generally sell for about 300 yen, and contain 10 cards each. 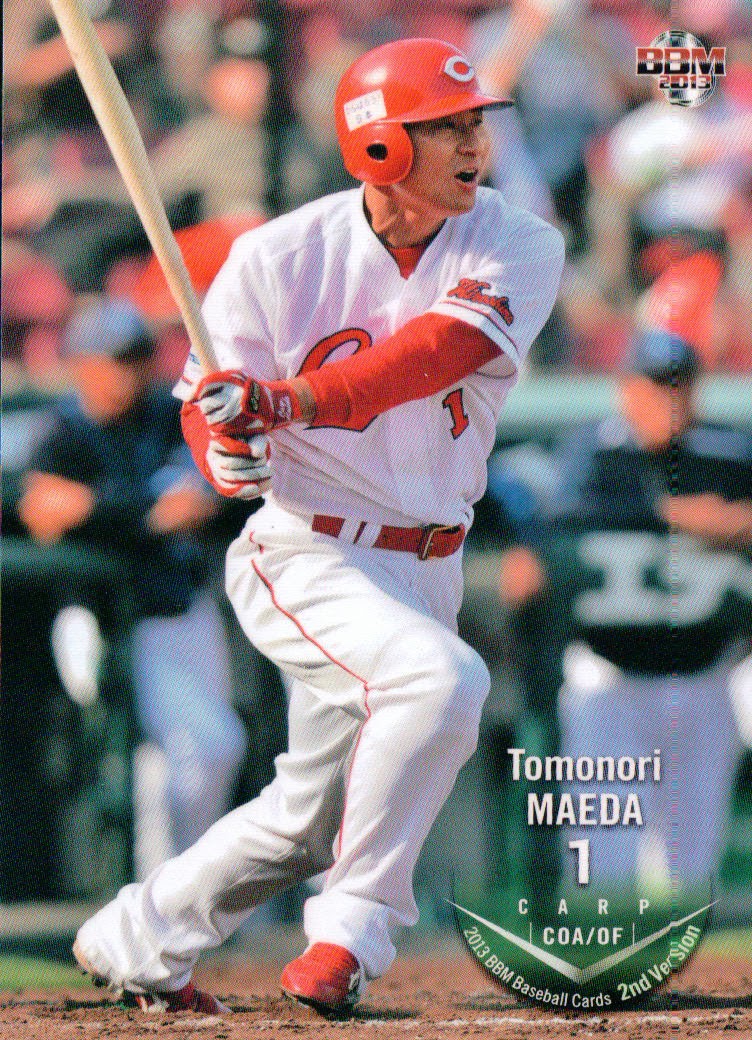 This is a good start: Tomonori Maeda just retired and is a lock for the Japanese Baseball Hall of Fame: he has 2119 hits and a career batting average of .302 over 23 seasons (limited playing time in the past four years, though). 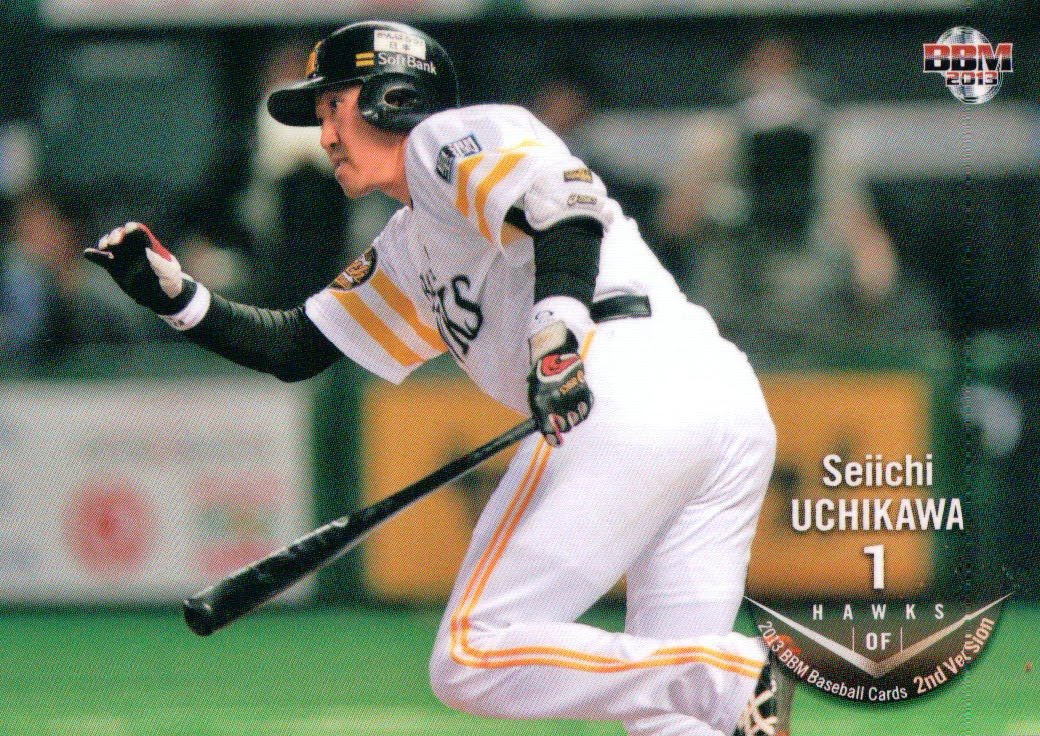 I've seen plenty of this set already, but I still think it's one of BBM's most beautiful designs. It's simple and while the photography is pretty "standard" it's still nice quality. 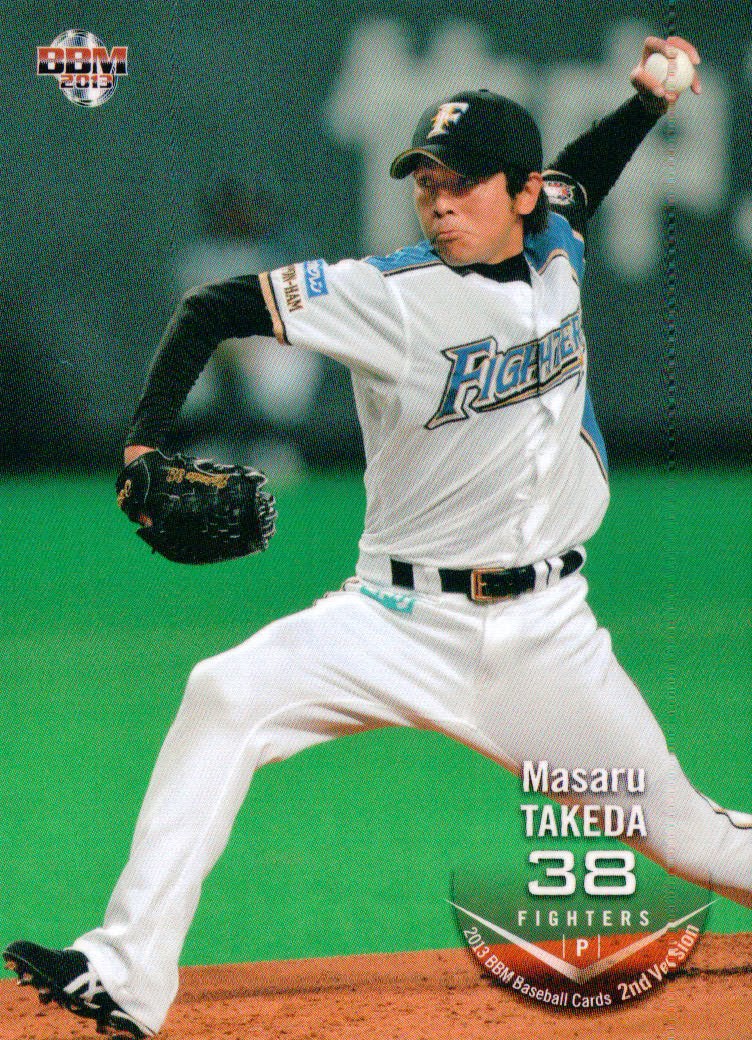 Do you know what pitch Takeda is throwing from this photo? 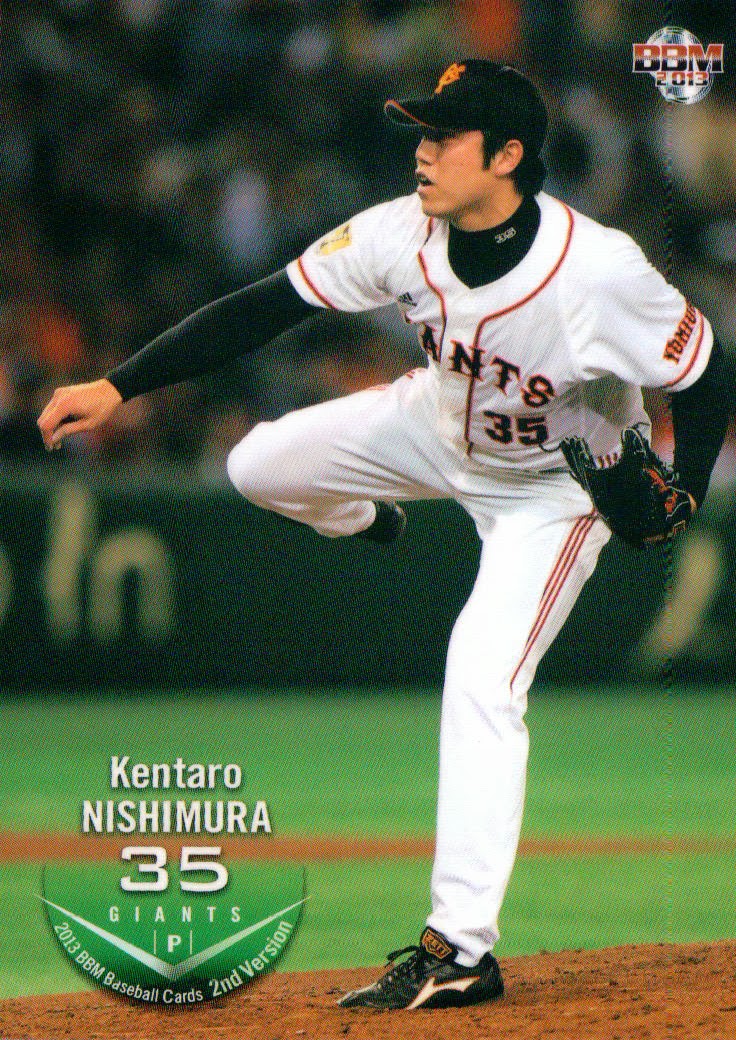 I wish BBM would use more unique images throughout its set. You'll find pitchers pitching, batters batting, and fielders fielding. At least Topps has made an effort to mix it up a bit with some unique dugout shots, great plays, or quirky images. 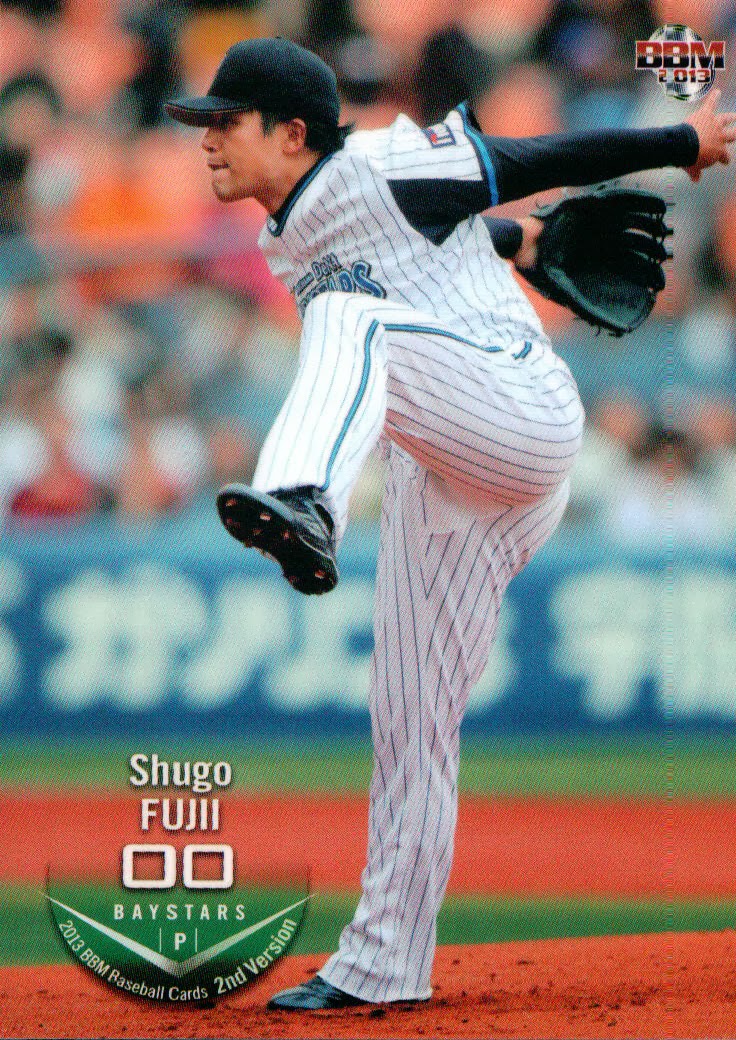 BBM does make an effort to catch players in poses that are characteristic of their playing style. If a pitcher uses a unique windup, it'll be on a BBM card - probably every card. Likewise, batters with unique stances or follow-throughs will show up in those positions. 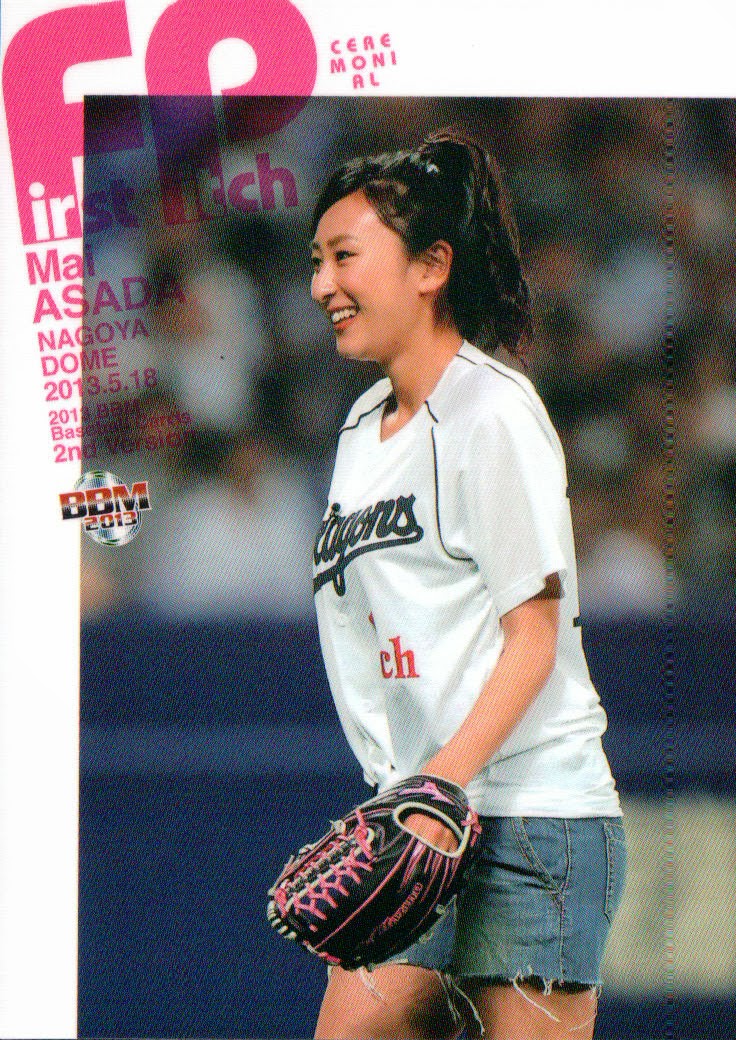 I pulled one subset card, a First Pitch single. I already have all of these from the 2013 set, but First Pitch is a subset I really enjoy. BBM has decided to change things up for 2014 1st Version, but I really hope First Pitch cards return in 2nd Version. 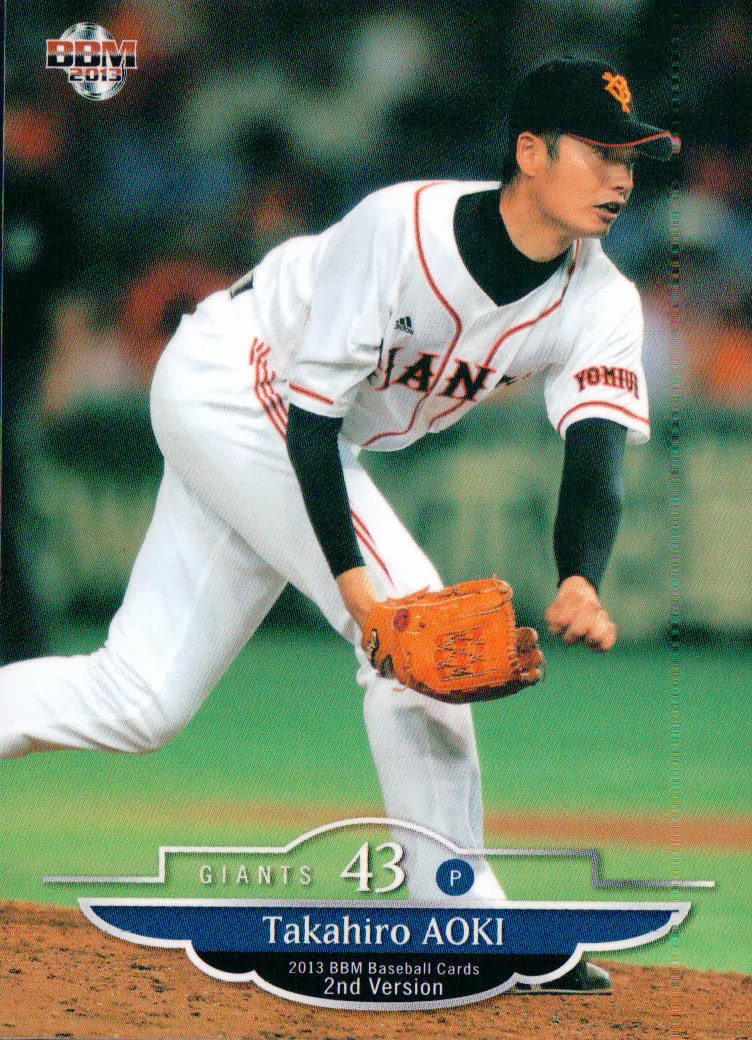 Another pitcher pitching. On the upside, this is the second Giants card I pulled. I guess that's good, although I don't favor them in any way. 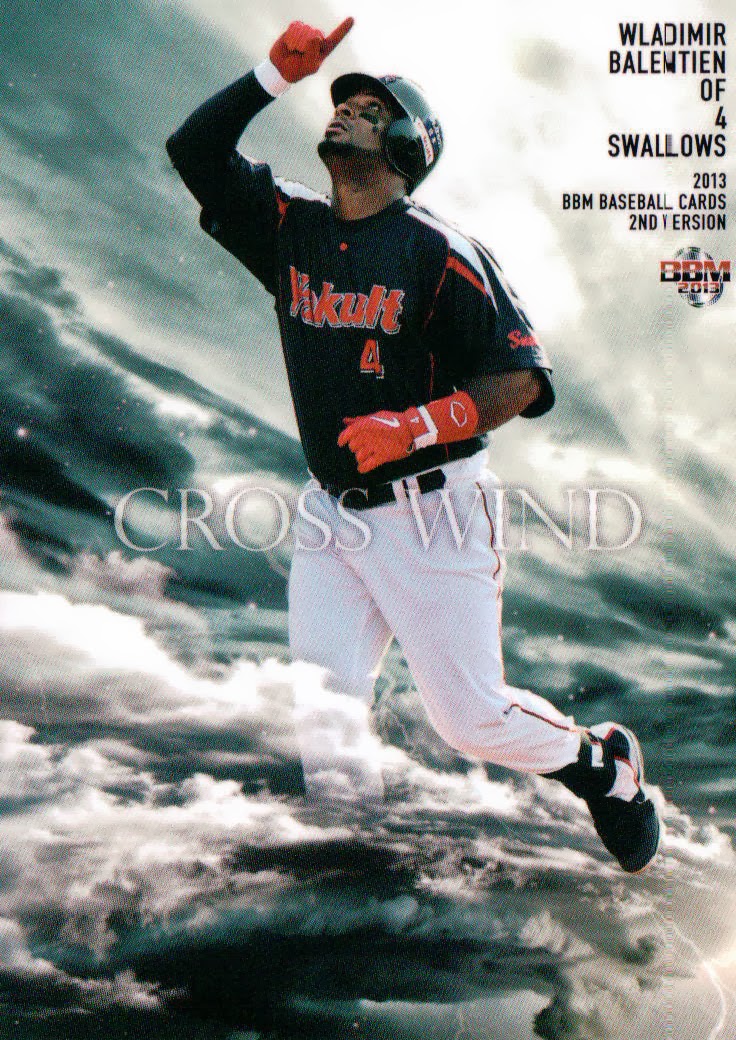 Cross Wind was the cross-brand insert set issued last year. Balentien is a pretty good pull, though he doesn't quite pull a premium yet. 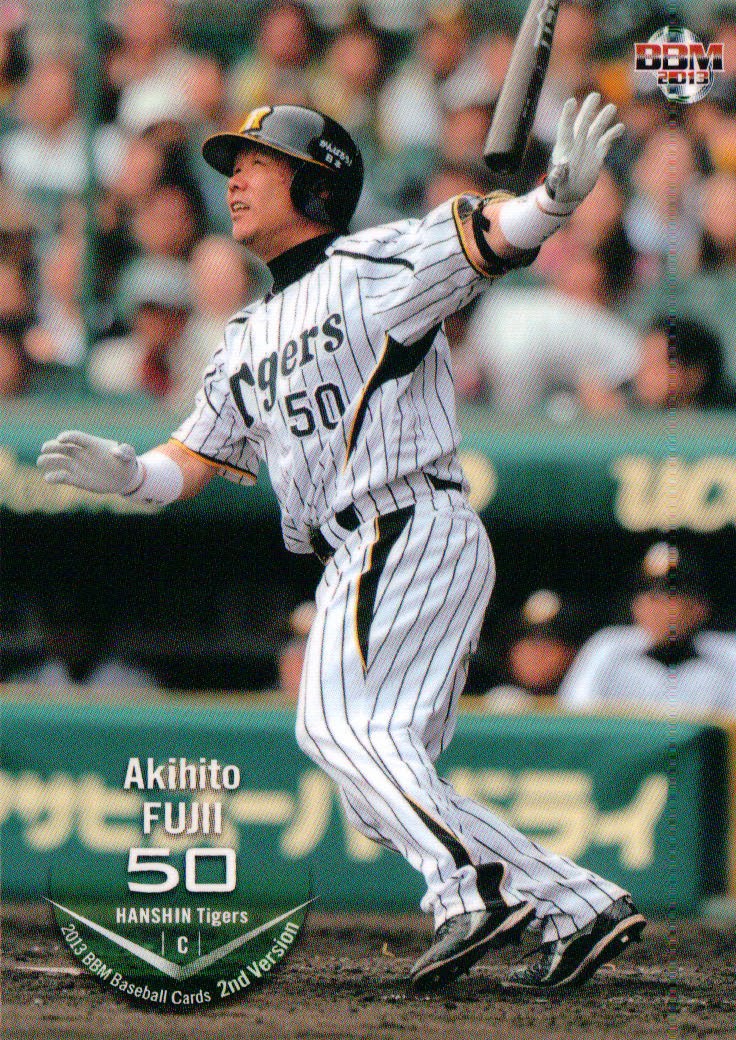 The ninth card is of Akihito Fujii. He seems to share his catching job with another player; last year he was in 112 games, the third time in his 15 year career that he's been in over 100 games. He averages about 65 games a season, though he's been seeing more and more action the past three years since moving to the Tigers. 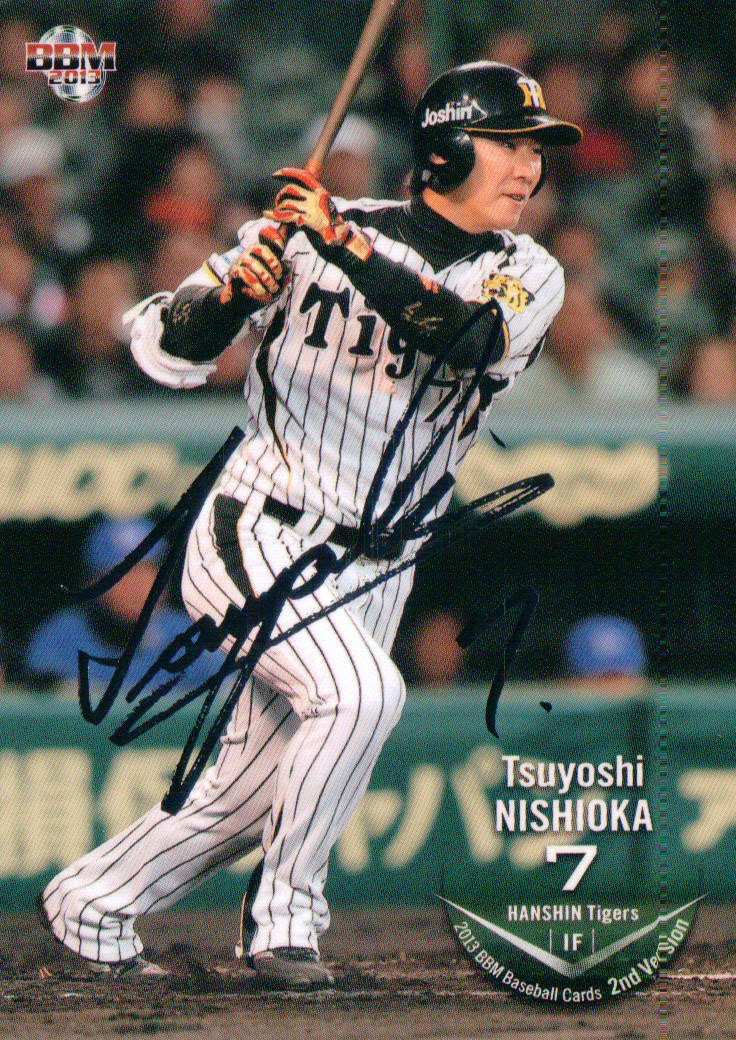 The last card in the pack was a nice surprise: a silver signature card of Tsuyoshi Nishioka. In nine seasons in the NPB he has totaled over 1000 hits, with a career average of .292. He spent 2011 and 2012 with the Twins, but wasn't very successful, batting .215 and getting only 50 hits in limited play, partly due to an injury caused by Nick Swisher.

I had a good time opening this pack. Maybe even more than my 2014 Topps jumbo pack. That could be because it was free, or because the jumbo set me back $15. But I'm saving my money for singles and oddities, so don't expect many more Japanese pack busts!
at 3:00 AM