I've been playing the translation of the title of one of the latest box sets in my mind for a while. The immediate translation of 不敗神話 (the title of the set) is Invincible Myth. However, there are other translations for invincible, and I believe Undefeated is the implication. Likewise, the kanji for myth can also mean legend, and the word Legend is used on one of the base cards in the set. Though, Invincible Legend is a pretty awesome name.

Tanaka's 2013 season is the stuff of legends, after all. In 28 games he compiled a 24-0 record plus one save, compiling a 1.27 ERA (just a little higher - not even .01 higher - than his 2011 ERA. His pitching prowess led the Golden Eagles to their first Japan Series title, which is certainly a very bright moment in the Tohoku region's recovery after the 2011 earthquake.

There already exist a couple Masahiro Tanaka player sets; BBM (2010, box set) and Sports Graphic Number (2012, pack-based set) both issued commemorative cardboard. This set has one card for each of Tanaka's 24 victories in 2013, one for his save vs. the Lion on September 26th, one for a victory in August of 2012 titled "Prologue to the Legend", and a final "Off Shot" card that pictures Tanaka with a Japanese idol group. 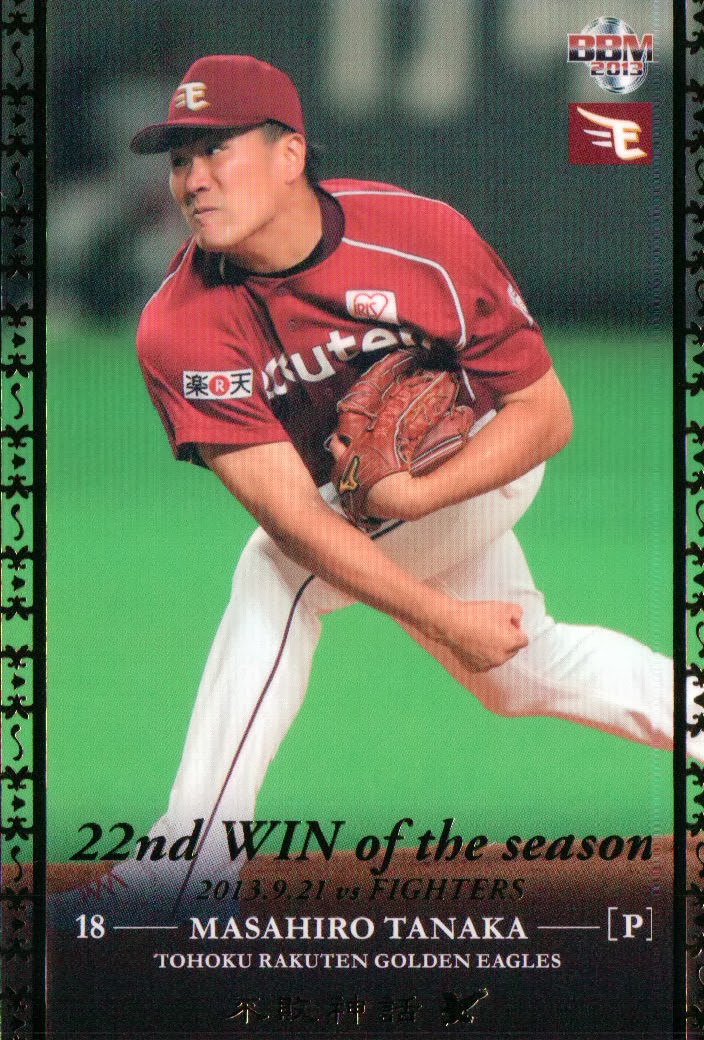 The base cards have heavy foil use along the edges and in the card title. My example card is from the game I attended in Sapporo - it's pretty cool to have a card which recognizes a game you've been to! 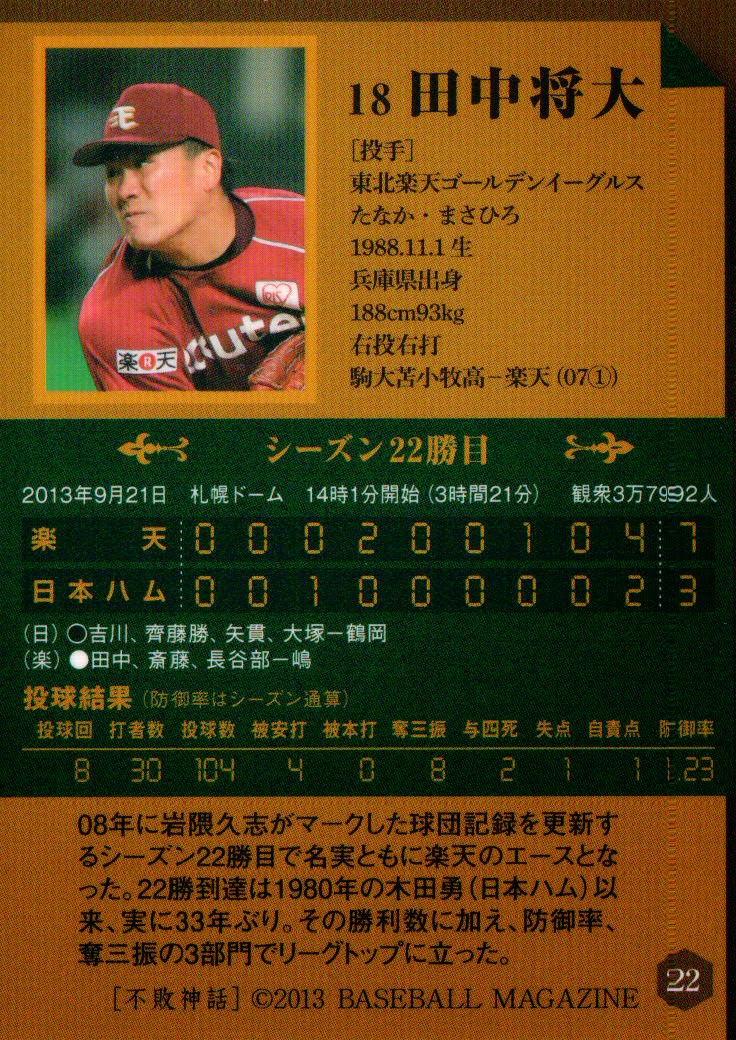 While the back uses the basic BBM layout, they were smart and provided the box score and Tanaka's line from the game. The kanji for "Undefeated Legend" (不敗神話) appears on the copyright line.

Box sets (27 cards, plus one random special card from the list below) retail for a steep 8000 yen, which is probably why I haven't found any base sets cheaply yet. I really would like a set for myself! While the print run wasn't announced, using the stated numbers of special cards (seen below) shows that 1500 box sets were released.

There are six different memorabilia cards inserted into boxes, with two, three, or four parallels for each card.


There is a super-metallic card #/30, with a gold parallel #/18. Apparently these are available by redemption.

Finally, there are 18 sticker-autographed cards randomly included in the box sets.
at 3:00 AM