Here's yet another set I'm two months behind on posting about. Released on June 24th (yes, exactly two months ago), the Hawks team set from Epoch gets my vote as second-best design from them this year. There is a lot of wasted space in the bottom border, but the team color match is good. I will add that Epoch is mentioned twice on the front and the Hawks have both the team name printed at the bottom and the team logo plucked in the top corner.

As usual, four cards plus either a promo filler card or a point card are in each 250-yen pack. 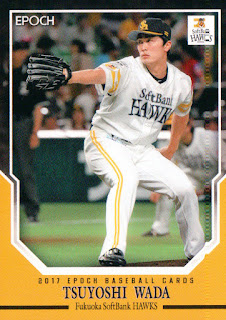 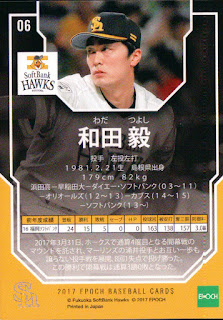 The regular base set has 27 cards. 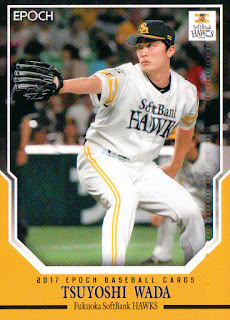 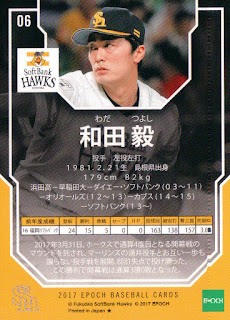 One star variations have the usual crop. 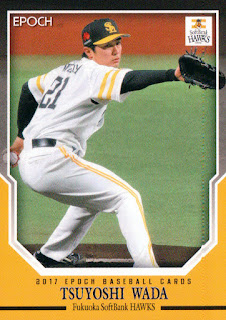 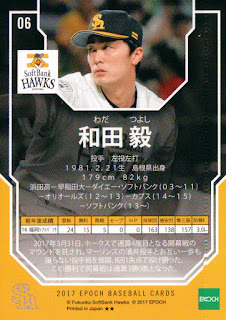 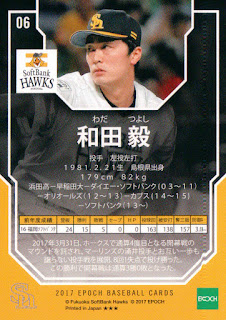 Three stars have a crop different from the two-star version.

Four and five stars both have croppings of the photo variations. 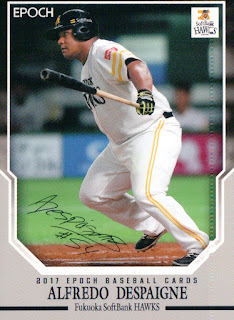 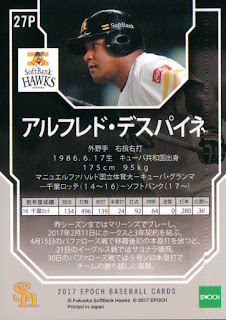 Print Signatures use a gray border in place of the yellow on the front and back, and like the BayStars set, adds a nice difference for the parallel set.
Print Signatures Photo Variations ****** use the same design as the regular Print Signatures, but have the photo variants.

Here is the base set/parallel breakdown:


The Holografika and Autograph cards use similar designs to the base cards with small differences; these also use foilboard card stock to make them shiny. The Holografika insert series has four sets: Sluggers (10 cards), Hurlers (12), Rookies (4), Combos (10). It looks like there are a total of 23 different Autograph cards.
at 7:35 AM