The 2017 Epoch Dragons set is the same as the others - a smallish base set, several variations, a couple parallels, inserts, and autographs. So here we go.

The Dragons set is the only one I know that I can't find singles in the Tokyo area. They might be somewhere, but my go-to sources didn't bust any Dragons sets. I got my singles in Nagoya over summer vacation. Packs and boxes were available (and still are as I'm writing this) but no singles. Maybe they are somewhere I haven't looked. 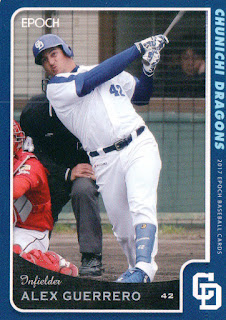 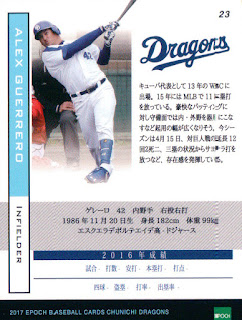 The base cards. There are 30 cards in the Dragons set. Epoch has not released details about which cards can be found for each of the variations and parallels (except for the Signature parallels) so a complete checklist is pretty tough to get. 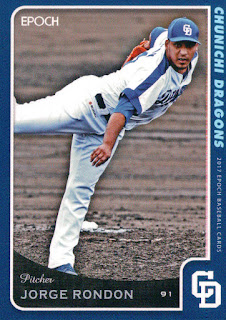 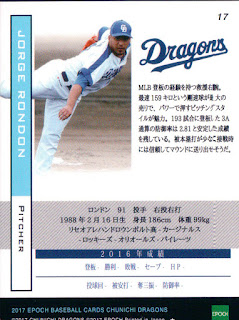 Variation 1 is an HDR filter variation on the photo. You can see this in the "crispness" of the image. 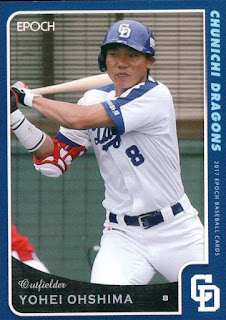 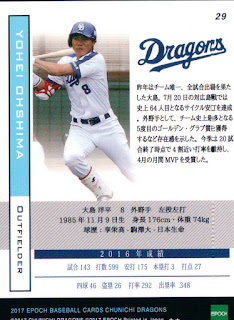 Variation 2 is a cropping difference. 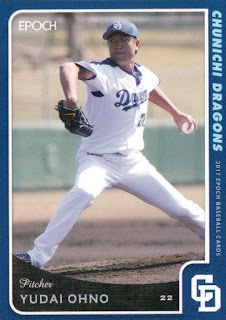 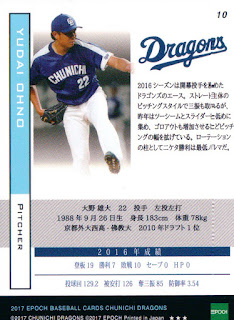 Variation 3 is a photo variation.

Variation 4 is a cropped photo variation.

I'm not aware of any five or six star variations, but they might exist. My guess for the five-star variation is an HDR version of the photo variation. 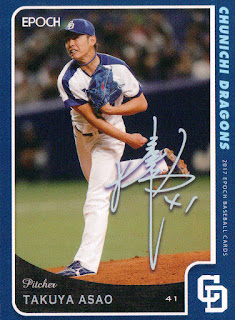 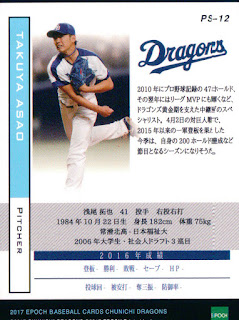 Signature Parallel cards have facsimile signatures on the front. Again, I have no details, but Epoch has done variations on this set which usually are the six-star variations. Those tend to be photo variations. All 30 regular cards have signature parallels.

There is also a parallel of the regular cards with an "a" suffix. If I understand correctly, these have a sepia-toned background. They also appear to use the photo variation instead of the regular image.

It looks like 19 different autographed cards were produced as well, each obtainable by redeeming 100 points randomly found in packs.
at 7:27 AM