Yes, it's time for yet another Mint location. There are very few card stores in Japan that aren't part of the Mint chain, though I discovered a really great one yesterday - I'll be telling you about that soon enough! 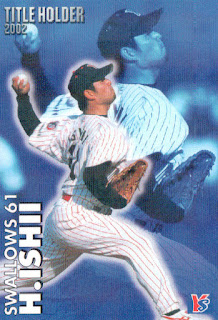 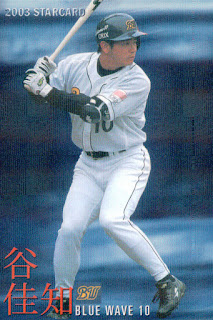 I found Mint Akiba on accident, when I was exploring Akihabara, and didn't know it was part of Mint until later. They have a small selection of Calbee and BBM cards, because baseball isn't their main focus. 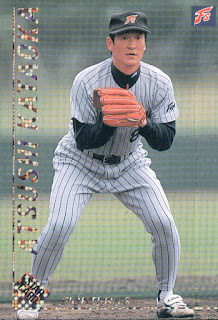 Being in Akihabara, most collectibles shoppers are looking for anime and sex. The majority of this location's card stock is in idol cards - there are nearly-naked women and AKB girls all over the place. However, collectors looking for the latest packs and boxes in baseball and soccer won't be disappointed; there are a few thousand poorly-sorted singles that can sometimes reveal some gems as well. 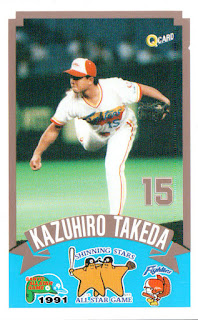 I've had a good bit of luck with Calbee here (I haven't spent much effort on BBM), as well as a couple oddballs here and there. Q Card was released in 1991 and I found a small handful. I don't know why Q Card didn't become popular while BBM did. 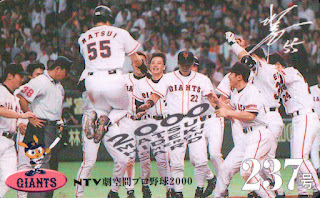 I didn't notice last time, but on my most-recent visit I found a bunch of these Matsui Home Run cards. A set has been issued starting from Hideki Matsui's first year with a picture from every one of his home runs. Think Barry Bonds/Mickey Mantle/A-Rod/Josh Gibson Home Run History, but done right. The card set is updated each year. Originally it was issued by NTV, but Upper Deck took over the job when he came to America. Now that Upper Deck is essentially out of the baseball card business, Topps has been printing cards lately. 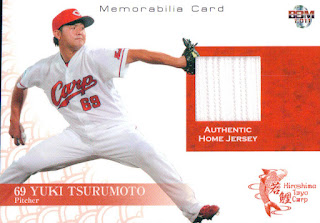 My last pickup was just my third relic (if I remember correctly), and it cost me only $5. There aren't many relics to be found but I scooped up one that I found.

Mint/Yellow Submarine Akihabara is pretty easy to find. Go out the Electric Town exit, to the left, and make a right towards the major street (Chuo Dori - LABI should be on your left and you are heading towards LAOX). You want the building on the left corner, which should have a bunch of display cases with anime stuff inside it. Look for Radio Hall Of The World (or a similar sign). Note that there has been a lot reconstruction in the area lately, and Google's street view is out of date. You want the building that looks abandoned with the red overhangs in street view (now it has yellow signage). The cards are on the fifth floor of the Radio Kaikan building.
at 3:00 AM