I've never been really happy with the English title we've given this set. Almost literally, 惜別球人 (Sekibetsu  Kyuuhito) translates as "Regret of Departing Ball People" but that certainly makes no sense. Last year, I called the set the Farewell set. I've settled on "Commemorative Retirement Set" for this year's title, and am open to discussion on this.

Anyway, this is an annual tradition that BBM has issued including pretty much everyone who retired from professional baseball in the prior year. Issued as a box set, there are 36 base cards in the regular set, plus one additional card included in each box set. 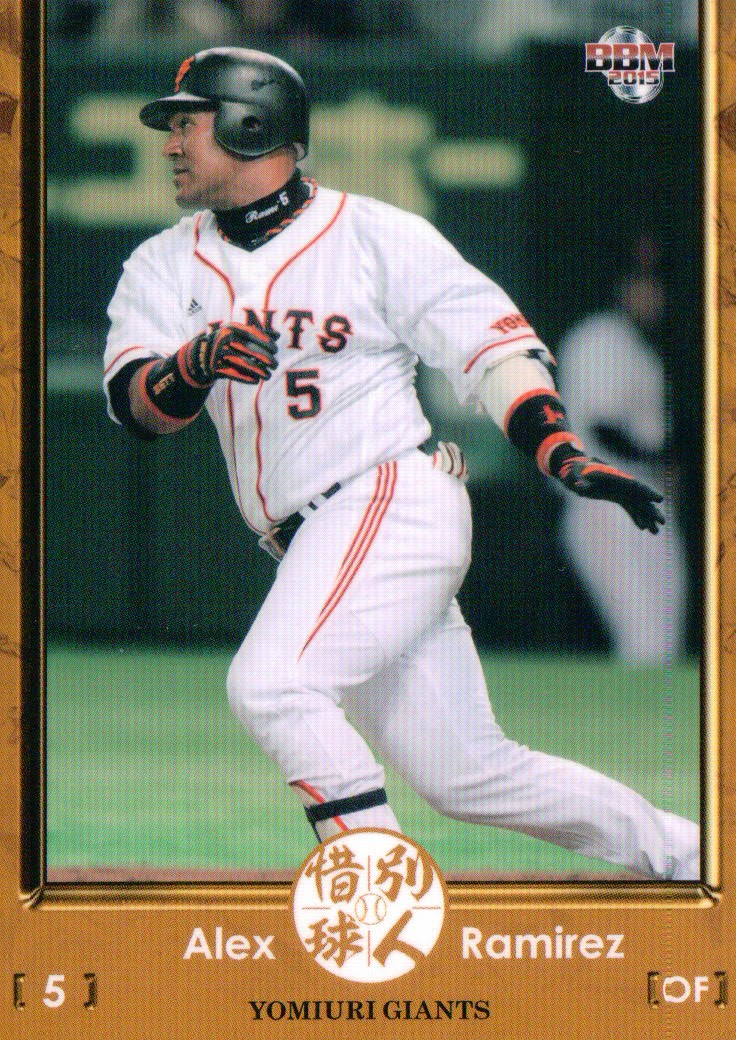 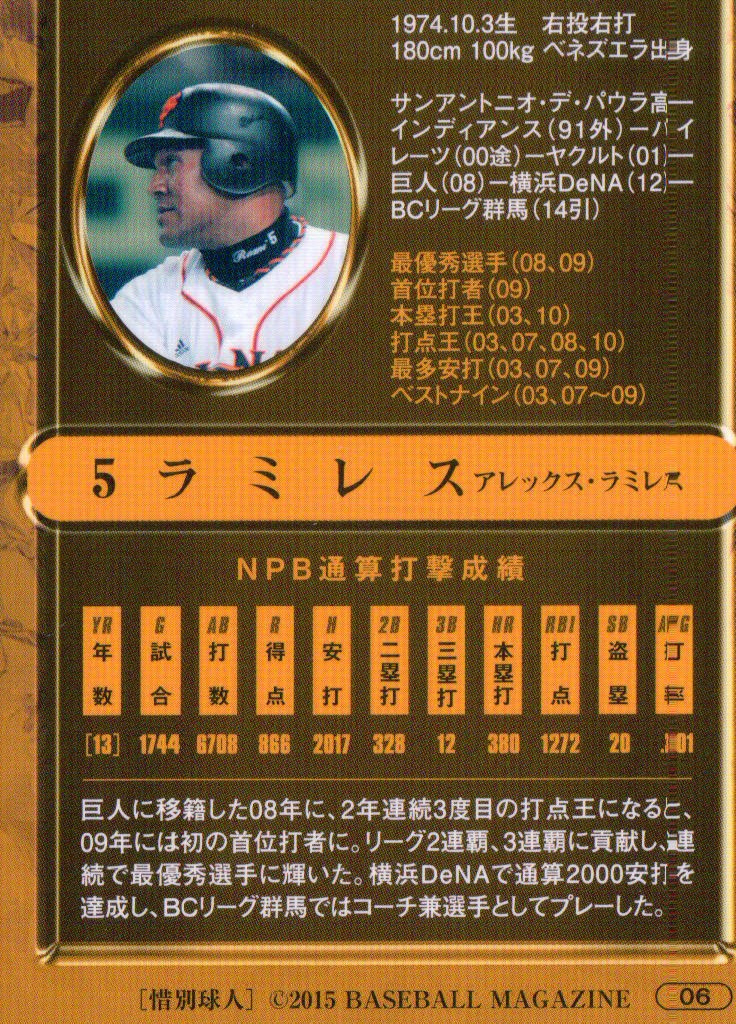 The base cards are nothing special, though the design is pleasant. Actually, the top of the photo is full bleed, a design characteristic which carries over the back side. There are 36 cards in the base set, but that doesn't mean there are 36 players - several have multiple cards. About half of the cards feature retirement ceremony images and the other half have action shots. Again, some players have both types, while others have only one. The design remains the same. Ramirez, above, has two cards in the set: an action card which pictures him with the Giants, and a ceremony card with the Swallows. Backs of cards include a list of honors, career statistics (with NPB), and a short write-up. 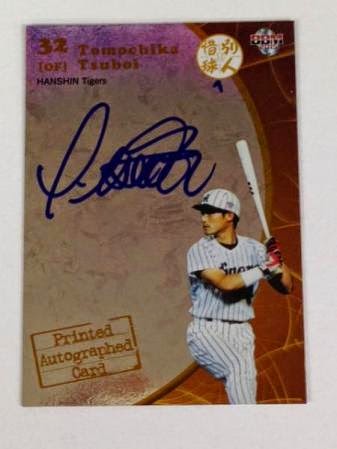 There are two types of premium cards, inserted one per box. The less desirable are the Printed Autograph cards. The more common gold version has a print run of 82 copies, while the rarer blue foil is serial numbered to 30 copies each. There are 9 cards in the set, so a total of 1008 printed autograph cards were inserted into boxes. 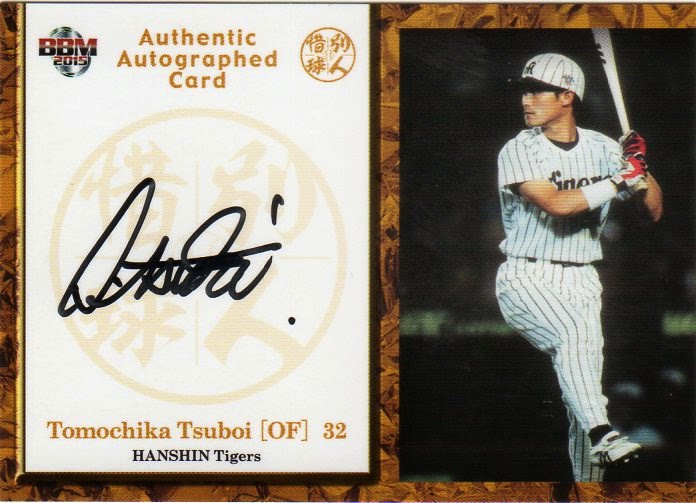 More common yet more desirable are the authentic autographs. Most players signed on-card, though three have sticker autographs. Print runs vary but are around 100 copies each. Twenty players are in the set, with a total of 1992 autographs.

I'm not sure why, but I haven't seen much opened product from this set available for sale. I was able to get my base card single from my usual card shop.
at 6:43 AM