The annual Rookie Edition set from BBM came out last month, one of just a tiny handful to be released since the new year. Rookie Edition is by far the biggest release of the pre-season. 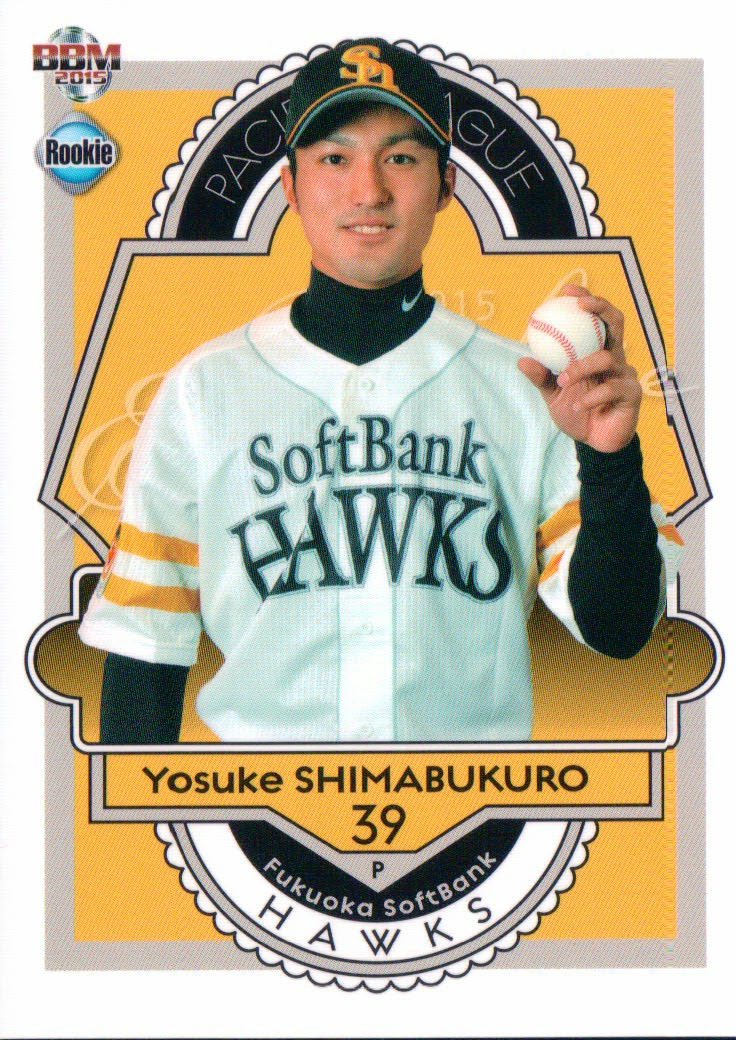 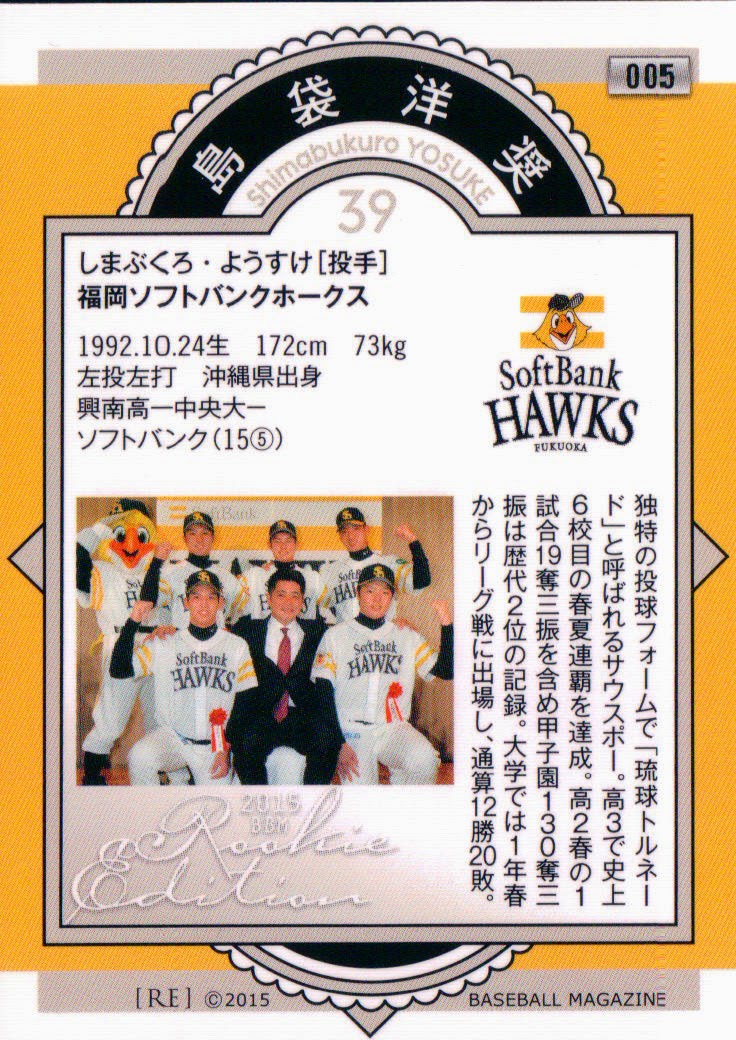 The Rookie Edition set has, well, rookies. All the players are basically from the prior year's draft, and have nearly identical upper-body shots of the players tossed into their team's uniform. I like the background design, though, with a lot of curves and angles but not overly busy. The backs copy design elements from the front, with a nice group photo taking up some of the space. The text gives a bit of history on the player. Card numbers are in the upper-right corner, and [RE] appears on the copyright line at the bottom. Regular cards are numbered 1-103.

There are a couple subsets. Then & Now appears annually and pairs one of the draftees with a historical player. The pairing can be for pretty much any reason. There are 12 cards in this subset, numbered 106-117. 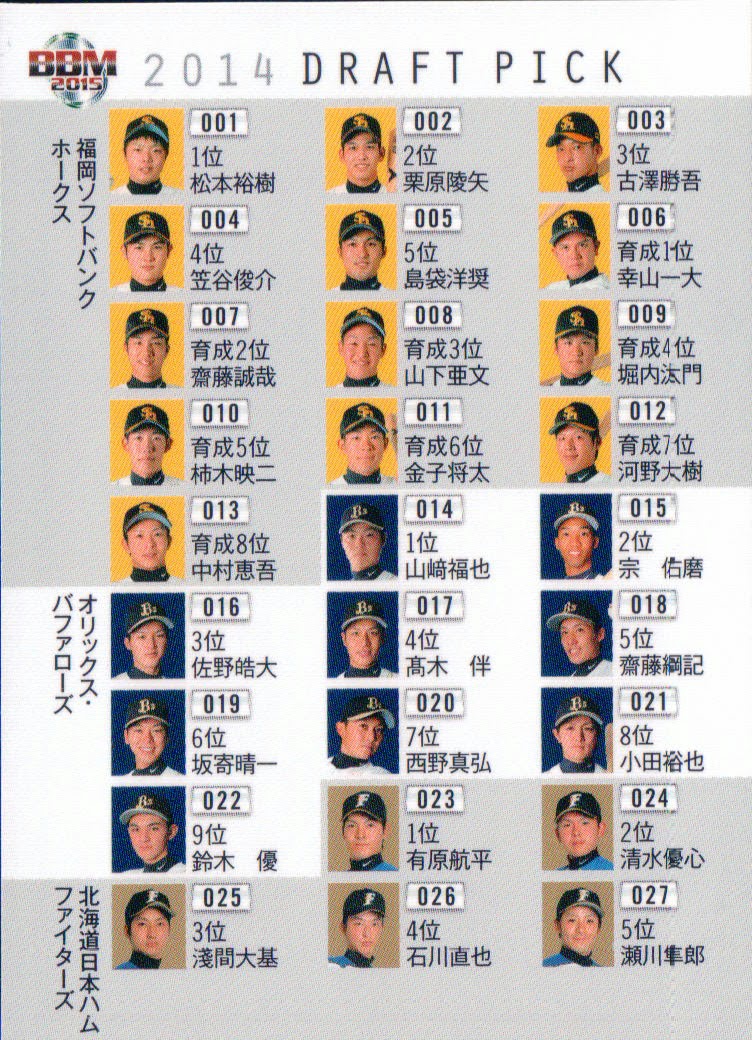 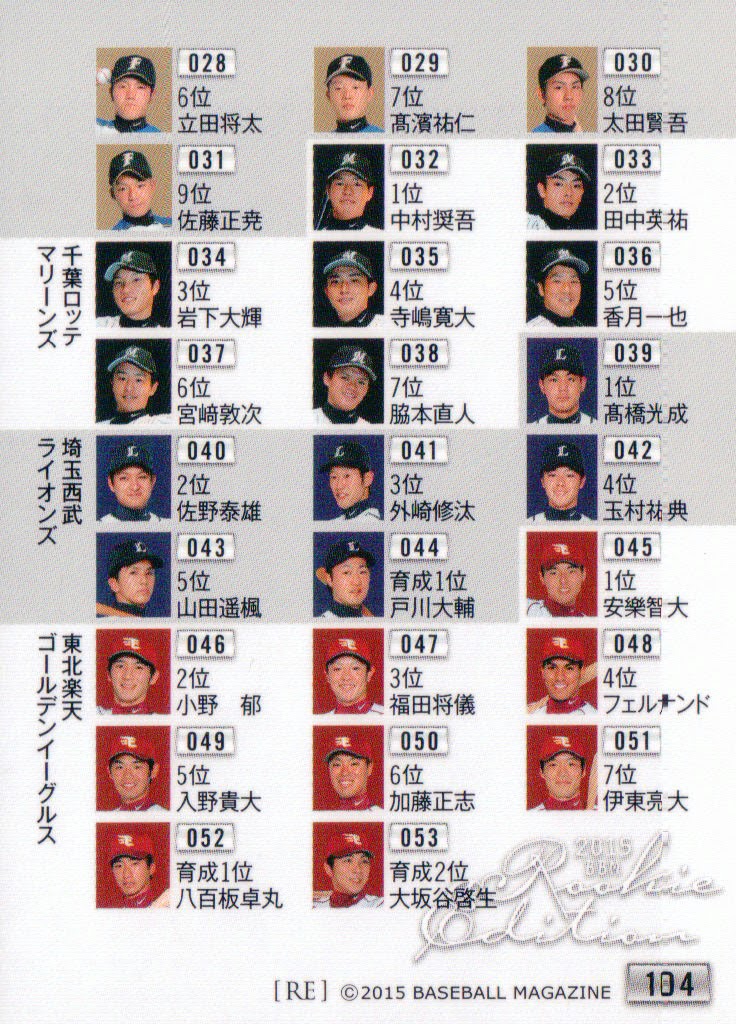 The two cards in the middle (#104 and 105) are checklists. These picture each player in the set, which is organized by team. Tiny square headshots are used here. 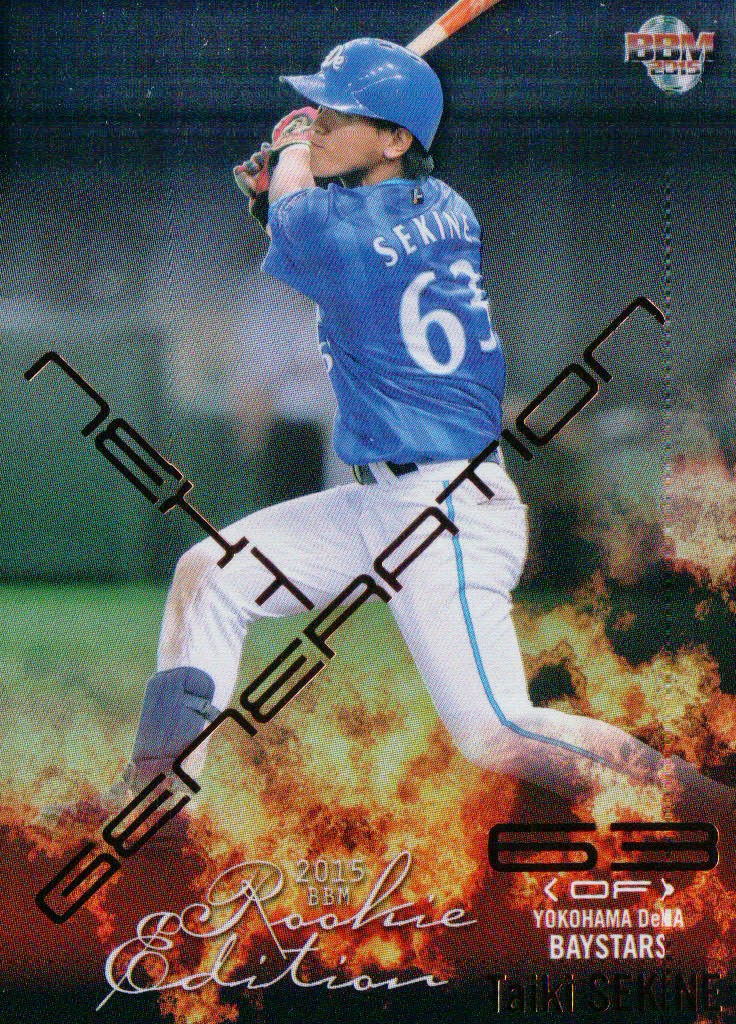 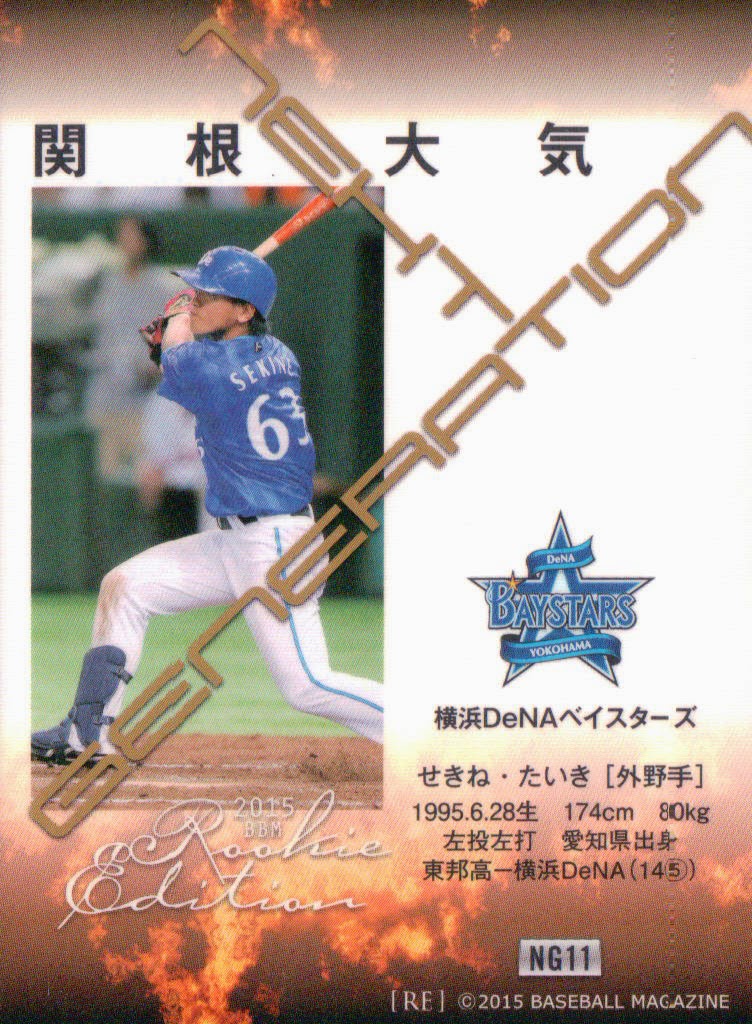 There are two inserts in the set. The larger one is "Next Generation" and has 12 cards (one per team). The foiled fronts have a fire design at the bottom and the set's name in foil stamping intruding right over the top of the photo. The backs use several design elements from the front; cards are numbered in the lower-right. 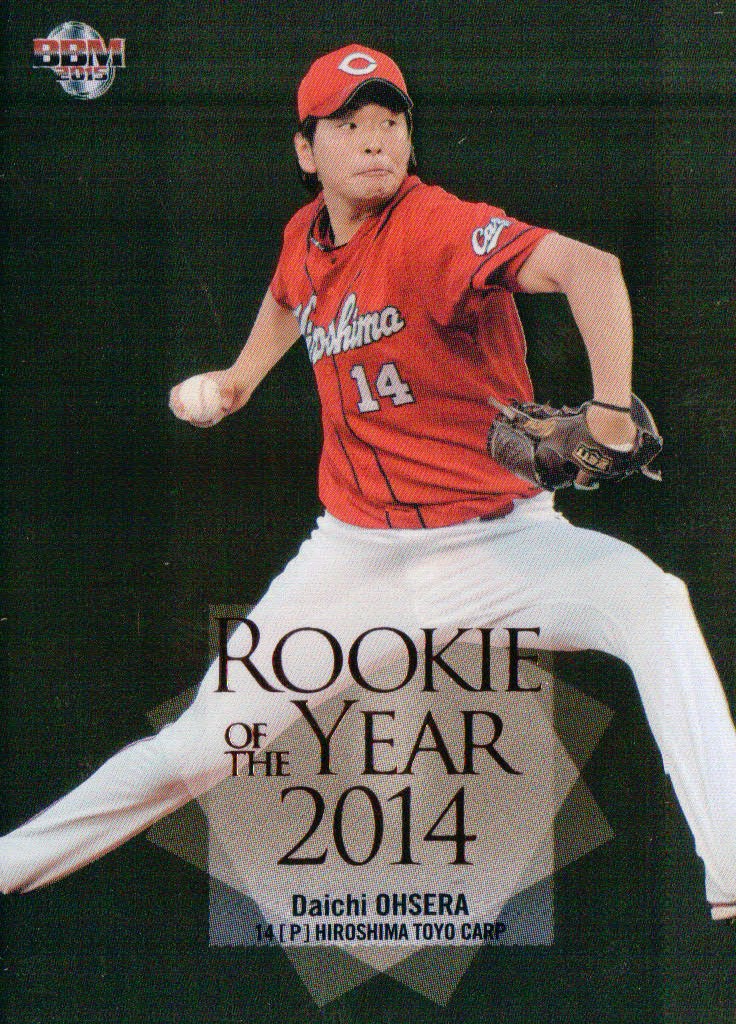 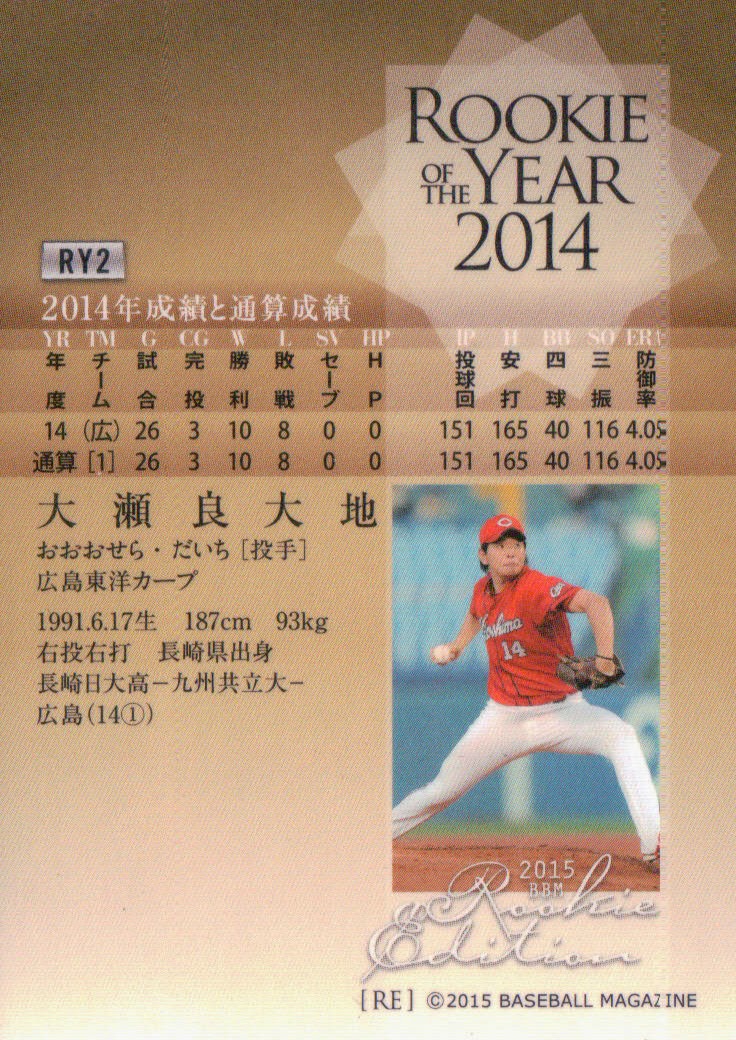 The other insert has two cards, one for each of the Rookie of the Year award winners. The design uses the now-standard gold background with gold foil printing for the set name. Backs have 2014 statistics. 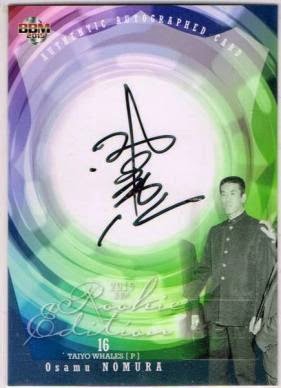